By: John Gilpatrick | Movie Features | March 23, 2012
So you all know the plot of The Hunger Games by now: Teens are selected to compete against one another in a televised death match. But if you haven't read the books (or need a refresher), there's probably one big question on your mind: What kind of world would allow this to happen?

Consider this your (un)official Panem travel brochure. We'll take you from the mines of 12 to the oceans of 4, the fields of 11 to the multi-colored sidewalks of the Capitol, all in an effort to understand who these people are, what motivates some of them, and what makes others so damn twisted. 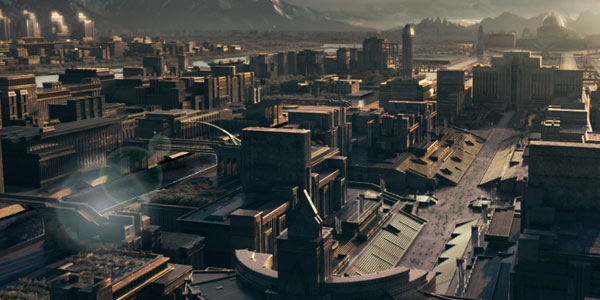 A picture of excess, the Capitol is home to Panem's government and it's most priveledged citizens. The Capitol conceived of the Hunger Games following a rebellion by the districts many decades before the events of this film. The Capitol is ruled by President Coriolanus Snow, and to keep his people happy, he affords them every luxury imaginable. Their buildings are beautiful, their food is bountiful, and their styles of hair and dress are extraordinarily extravagant.

Some districts are notorious for grooming Hunger Games all-stars that enter the arena ready and excited to be killing machines. This is one of those districts. Known for making luxury items (like jewelry) for the Capitol, District 1 is home to tributes Marvel and Glimmer.

One of the geographically closest districts to the Capitol, 2 specializes in military force. Many of Panem's peacekeepers are born here, and like 1, it's home to a disproportionate number of Hunger Games winners. Its representatives in this edition are Cato and Clove.

Known for their intelligence, this district's focus is engineering and electronics. It's relatively small and not as loyal to the Capitol as Districts 1 and 2, though Snow relies on the ingenuity of its residents.

The fishing district. District 4 breeds a number of Hunger Games winners mainly because its residents grow up on the ocean and are generally strong and fit. Needless to say, they can swim.

A clever district, 5 is home to "Foxface," one of Katniss and Peeta's most worthy adversaries in the Hunger Games.

Little is mentioned about these districts in The Hunger Games, but we do know that District 8 is one of the most antagonistic toward the Capitol, and 10 specializes in the production of livestock.

The agricultural district and home of Rue and Thresh, two semi-allies of Katniss and Peeta. There are lots of trees and orchards. The infamous mockingjays, birds that can repeat any sound they've learned, can be found there in plenty. 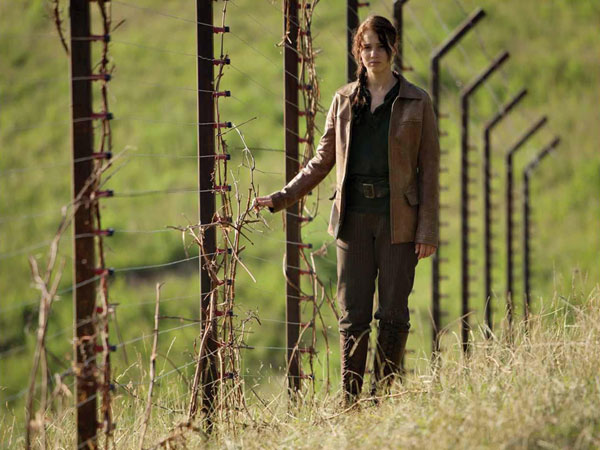 Home to Katniss, Peeta, Gale, Haymitch, Prim, and many other characters essential to The Hunger Games. District 12 is where the book begins, and though its inhabitants are the focus of much of the action, it's generally regarded as a bit of a joke when it comes to the Games themselves. The District 12 tributes are notorious losers, Haymitch excepted.

The district itself (located in the then-Appalachian Mountains) is known for coal mining, and is separated into two sections. "The Seam" is where the miners and their families live, and it's defined by extreme poverty and hunger. Elsewhere, the merchant class lives in relatively better conditions, but 12 remains one of the most down-and-out places in Panem

Speaking of down and out, this district (a close neighbor of 12) was destroyed after the rebellion and before the first Hunger Games.