Idina Menzel to Get ‘Frozen’ for Disney

Frozen will be based on Hans Christian Andersen’s 1845 tale The Snow Queen, a story in which the titular character keeps her mythical kingdom in a permanent winter. Entertainment Weekly reveals the title role will be voiced by Idina Menzel. Earlier this year, we learned that Kristen Bell signed on for a part on the film, but at the time, little was known about the role.  EW has also learned that she’ll play a girl named Anna, who sets out to end the permanent winter perpetuated by the Snow Queen. 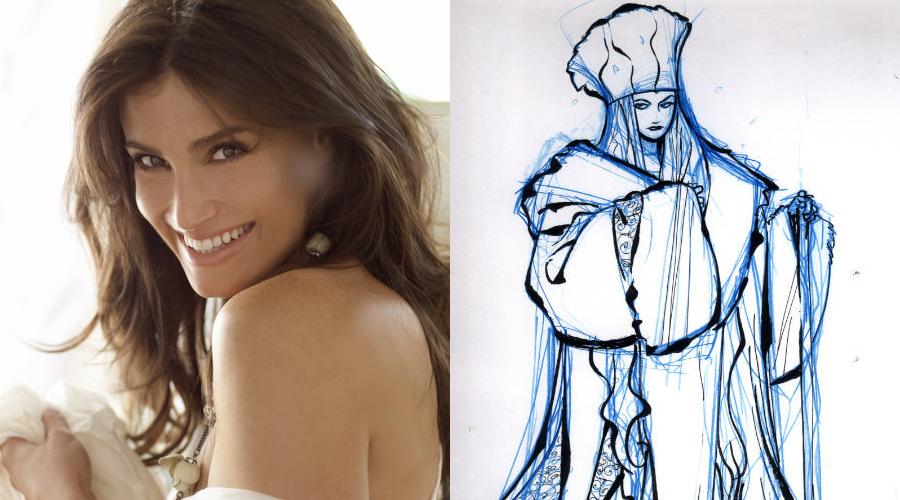 Menzel is mostly known for her work in the Broadway musical Wicked as Elphaba (i.e. the Wicked Witch of the West), for which she won considerable acclaim and a Tony Award. She also earned a Tony Award nomination for her role in the definitive Broadway rock musical Rent. In the film world, Menzel reprised her role in Rent for its film adaptation and had a brief part in the Disney hit Enchanted. Most recently, the songstress also had a recurring role on the Emmy Award-winning comedy series Glee.

Disney's “Frog” didn’t fare excellently at the box office, but Tangled made quite a bit of money for the Mouse House. Like the latter, which was once named "Rapunzel," Disney has gone for the gender-neutral title. Also like Tangled, Frozen, will be a computer-animated musical (computers were used to create a 2D style) with a male lead. The male character has yet to be cast, but is described as “a mountain climber [named Kristoff] who leads Anna on her quest through snowy peaks and dangerous cliffs.”

Tony Award-winning lyricist and composer Robert Lopez will write original tunes for the musical alongside his wife Kristen Anderson-Lopez. The two worked together on the songs for last year’s Winnie the Pooh. Chris Buck, who was at the helm of Disney’s Academy Award-winning animated musical Tarzan and the Oscar-nominated animated feature Surf’s Up, directs.

The film aims for release on November 27, 2013, the same window in which Tangled arrived in 2010, so expect an actor to grab the role of Kristoff in the very near future. For those unfamiliar with Menzel's singing, here's a clip of her singing "Defying Gravity," the signature song from the aforementioned Broadway musical Wicked.