Inside Llewyn Davis is a lyrical, dark exploration of a man who has reached rock bottom. The story follows Llewyn Davis, who is the surviving member of a folk duo after his partner commits suicide. Now he’s trying to make it on his own as a solo act but is constantly stymied along way.

Llewyn is homeless and broke. His new solo record is performing poorly, and he might have impregnated the girlfriend of one of his friends. This is a man who can ascribe little material value to his name. Any sense of self-worth he might be clinging to is clubbed away by friends, family, and colleagues. Most of them mean well, even if its not conveyed in the most loving manner. We meet him just before he gets beat up in an alley. It’s a pretty awful beating, but you’re meant to understand that he’s not an innocent victim. The film continues in this vein for almost its entirety. 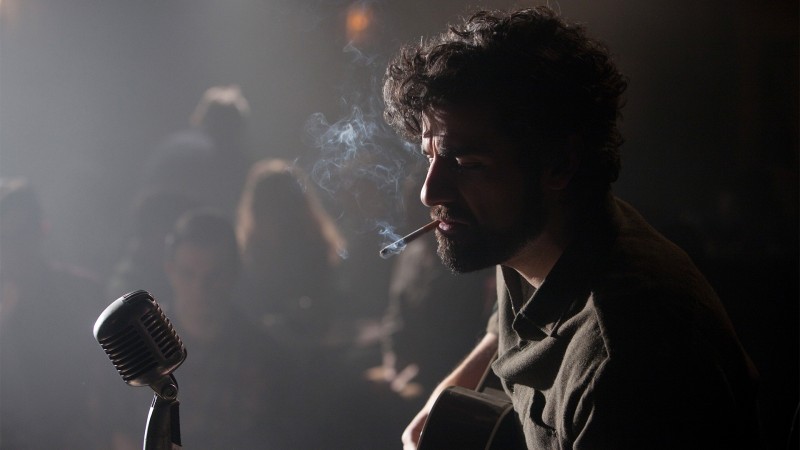 Take for instance, the central relationship between Llewyn and Jean. They had sex one time, and now she’s pregnant. It very possibly could be the child of her boyfriend Jim, but the thought of giving birth to Llewyn’s baby means she would rather get an abortion. He’s quick to point out that she’s not entirely faultless, but less receptive to Jean’s own accusations. Llewyn agrees to pay for the abortion. He’s fulfilled his duty. Despite all his material and professional shortcomings, Llewyn’s biggest failures lie in his personal relationships. His relationship with his father is distant. His interactions with his sister are strained. He constantly offends or mistreats his circle of friends on whom he relies heavily for money, food, and a place to rest at night. Dismissing Llewyn as a vagrant schmuck is unfair. Although it is fairly easy, as Jean is wont to do. Llewyn is a person who sinks so far in his own estimation of himself that he essentially gives up on himself. He certainly feels like the world has given up on him. Unfortunately for Llewyn, he’s not able to recognize the people in his life who are still rooting for him. 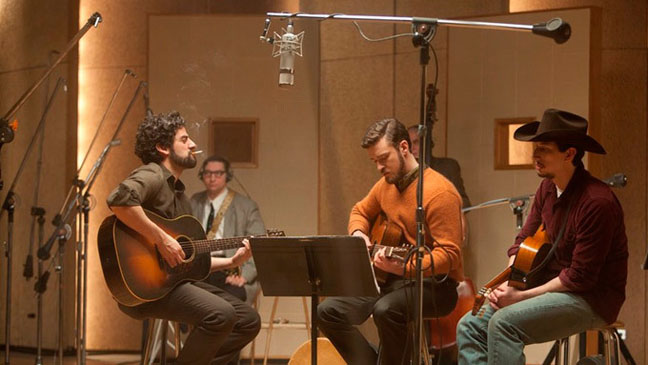 Defining the plot of the film is easy, but the narrative not so much. It’s a very admirable trait of the film that there is no resolution, no real climax, and a fabulously smart circular device that rends the film of a beginning and end as well. It’s wonderfully refreshing, and unhollywood-esque. We never see our protagonist’s fall from grace. We also don’t see his redemption. We meet him at the bottom, and we stay there with him. Joel and Ethan Coen have written an amazing script with a lot of depth. It stays away from convention. I hope it earns them an Oscar nomination, or some type of awards recognition, because it really is deserving of it. The film definitely requires a bit more from the audience than your average film, but its well worth it.

The acting is similarly up to snuff. Oscar Isaac gives a potentially star-turning performance as the down-on-his-luck Llewyn Davis. He can be pretty awful at times, yet somehow manages to gain your compassion. Carey Mulligan continues with her string of strong performances. Fans of the Coen Brothers will be happy to know that John Goodman’s character is exactly what you would expect it to be. The minor characters are also enjoyably quirky. My favorite is without a doubt Stark Sand’s Troy Nelson- the folk-singing, army soldier with a tremendously thick Southern accent. 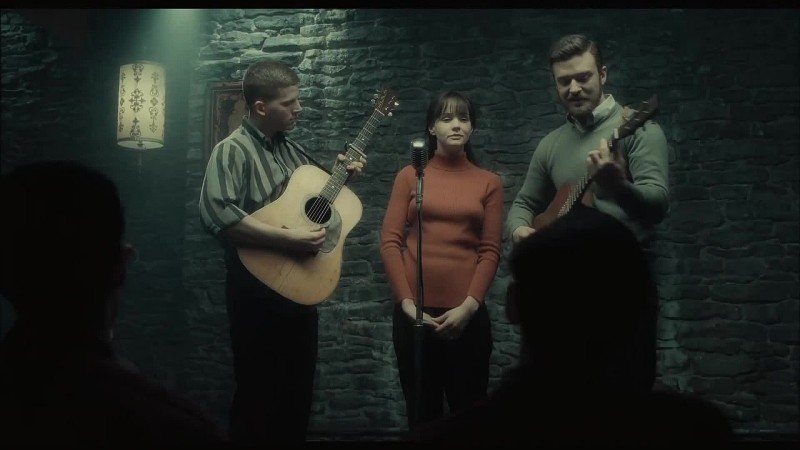 But I’m probably driving you mad. What about the music?! Well, your wait will be rewarded. It’s fantastic. The songs are very well produced and recorded. Oscar Isaac is an accomplished musician which makes the musical performances natural. Everyone else does a great job as well. There’s very little movie magic to cheapen the experience. Songs are performed in their entirety. It’s clear that everyone is actually singing, and it’s a nice level of authenticity that helps round out the film. Whether you go for the actors, the music, or the Coen Brothers, you won’t be disappointed.
Rating
9.5
Pros