This year Image Comics is 20 years and they have been celebrating with all kinds of great bonuses for their fans.  For example, a few months ago they made many #1 issues of their leading comics available for free on ComiXology.  They’ve also had Chris Giarusso doing variant covers for many of their books.  Similar to the Skottie Young variants over at Marvel, the Giarusso covers feature kiddie-style art renditions of the main characters. (See below for his Morning Glories cover) In the case of Giarusso’s Image covers, they are reimaginings of the #1 covers for the series. The next cover will be Invincible #98, available on 5 Dec 2012. 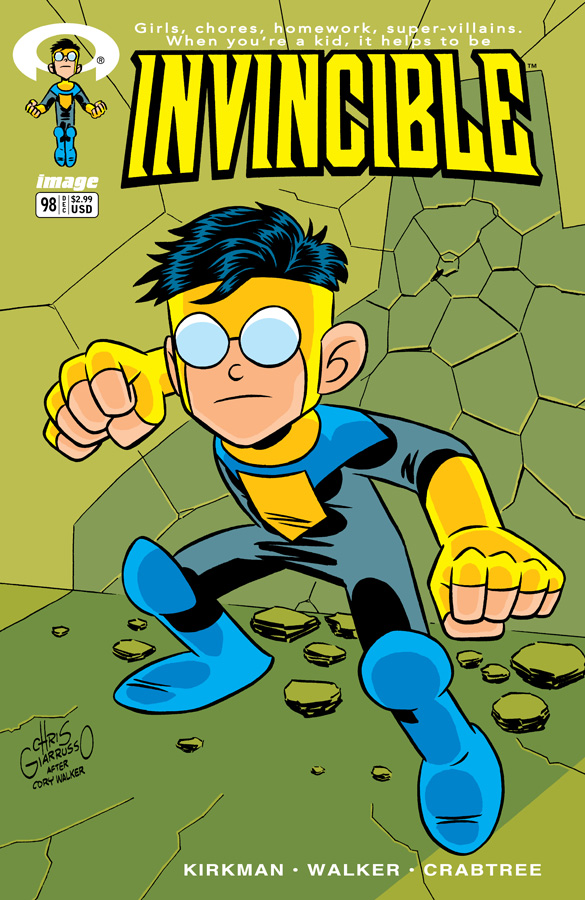 It sounds like you’ll want to make sure to get this issue because it’s the beginning of a story arc called “The Death of Everyone” which certainly sounds even more epic than Batman’s “Death of the Family”.  The story, written by Robert Kirkman, has interiors by Ryan Ottley and John Rauch. 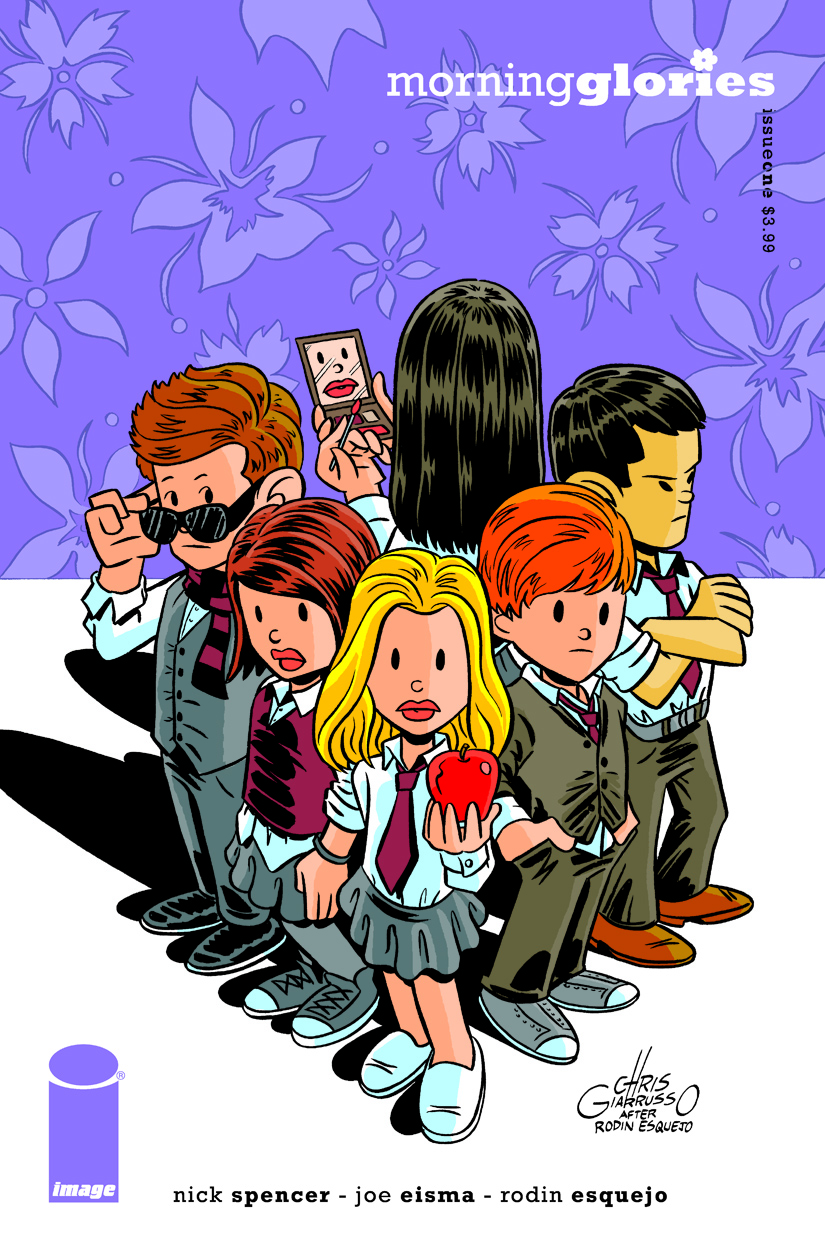