The greatest trilogy of PS2 action platformers returns in high definition and they are still just as good as ever.

If you played the Jak and Daxter games last generation then you really aren’t going to be surprised by anything in this HD collection as very little has changed and there are absolutely no bonus extras to speak of.  If you never did get a chance to check them out however consider these some of the best action platformers still in existence, easily on par with the likes of Super Mario 64, Banjo Kazooie and other timeless classics.  Jak 2 in particular remains one of my all-time favourite video games so you’ll have to forgive my somewhat fanboyish tone in this review.

Starting with the first game in the series; Jak and Daxter the Precursor Legacy, immediately upon loading up this 2001 near-launch title for PS2 you are greeted with a tremendously vibrant and expressive game full of personality and creativity that is sadly far rarer among modern high budget titles.   I would even go as far as to say these games remain Naughtydogs finest work as their speciality has always been animation and while the Uncharted games are obviously more technologically advanced the Jak series art style allowed the super talented artists the ability to really push animation to its peak.  I would still say they are comparable to the likes of Pixar and DreamWorks cgi films with just how much character is in every motion. 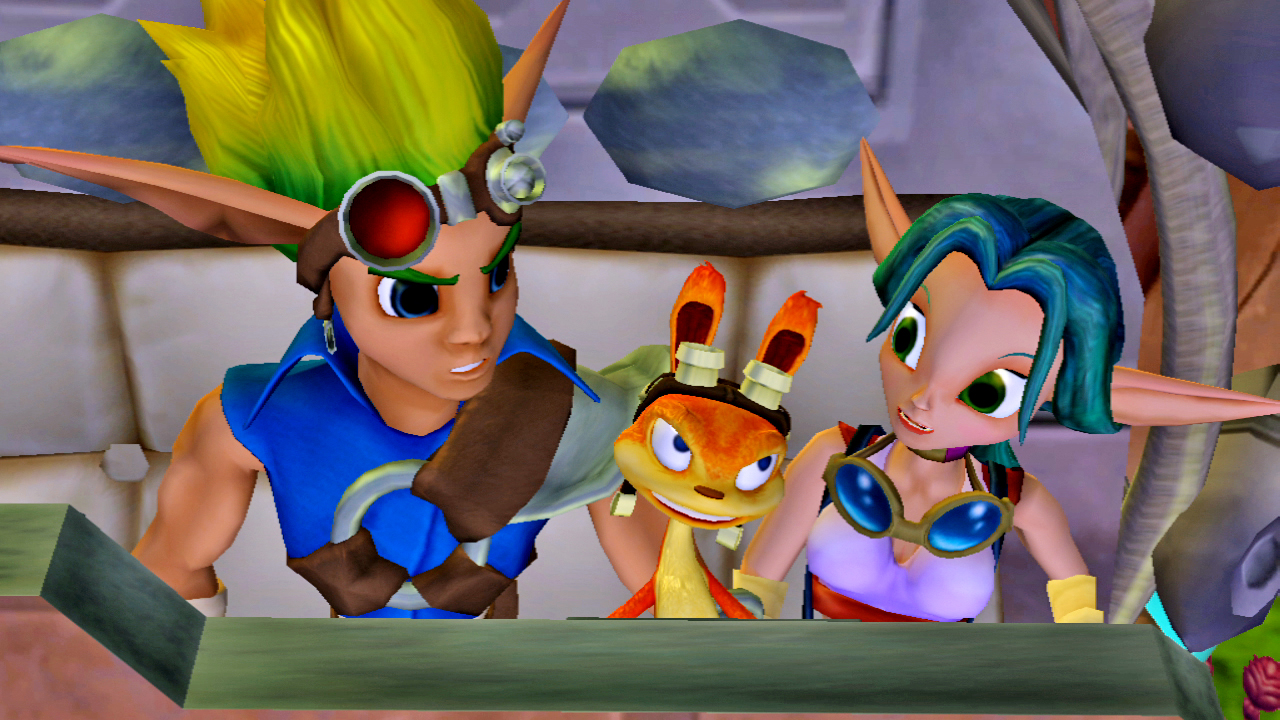 As soon as I was an hour or so in to the first game I realized that I had to force myself to stop at some point if I was to ever get this review done in a timely fashion and as was the case on PS2 of the three games it certainly remains the most approachable and overall most refined and focussed in its design. Everything I remember from playing it years ago had come rushing back to me and the need to collect every last orb and power cell became very difficult to fight so no doubt when I get back to playing these it will be the first I 100% yet again, this time with the added bonus of achievements to record my well spent free time.  The basic gameplay is just as fun as it ever was with the only initially strange feeling element being the lack of vertical camera movement though you'll quickly get use to this as the game was designed with it in mind.

The Precursor Legacy is very different to Jak’s 2 and 3 as it was a light hearted much more cartoonish game with a tone that never really took itself too seriously or strayed outside of its silly and fun-loving nature.   Jak 2 released around two years after the first and this was during a post Grand Theft Auto 3 game industry and without a doubt that game had a big influence on the direction the series headed into.

Right off the bat the core cast of characters are transported to a new world and place in the sequel. Jak is thrown in to prison, tortured and experimented on and Daxter spends two years trying get to him while Samos and Keira aren’t even aware the dynamic duo ended up in the same place as them until much later in the game.  But before continuing on I should note the incredible leap in production quality and complexity between the original game and its sequel, characters all have much higher polygon counts with their new models and the overall fidelity is still an impressive feat if you remember how most games looked running on PS2 hardware.  Like Uncharted on PS3, Jak was the most visually stunning series on PS2 and its stylized look helps it retain that. 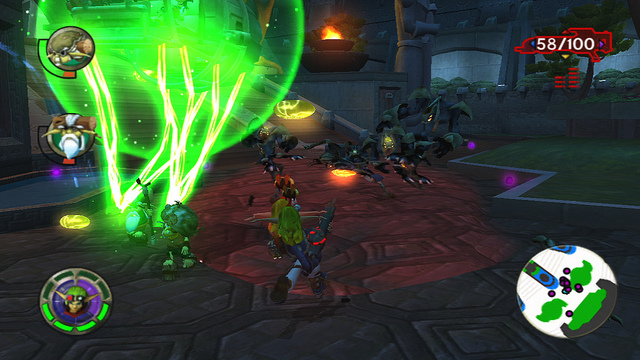 Jak 2 introduced an open world of sorts, allowing the player to roam around a large city, hijack flying cars and even engage with a police force should they accidentally gain there attention.   Of all the elements of the game that definitely was flawed when it was new and still remains flawed now the vehicle driving in 2 remains the worst, more often than not proving incredibly frustrating as every vehicle is very easy to destroy and the narrow winding layout of the city that simply has too many npc vehicles in it is just impossible to navigate at any kind of speed.

Eventually you will get use to the handling and nature of the city and have an easier time but there are points during the game where timers are added or your vehicle has a delivery item on it and should it be destroyed you will fail said delivery mission and being an older game checkpoints are very unforgiving.  These instances thankfully were infrequent at best so it doesn't drastically hamper the overall experience.

What does still work great is the shooting and combat gameplay in general.  In the first game Jak had a simple set of melee moves and the occasional ranged or melee power boost from picking up the games energy source; eco.  In Jak 2 he gets access to four very different firearms instead, each with their own uses; a rifle, shotgun, machine gun and super-gun alongside a Dark-Jak form that gives him the power to move faster and hit harder as well as do things like an area of effect ground punch. Just like the running and jumping platforming these elements in the 2nd and 3rd games are still the best parts gameplay wise and only got better with the next release as they were further expanded upon. Primarily why Jak 2 remains my favourite of the trilogy is the story and characters, I felt it was very well written and still remains one of the cooler video game stories to date. 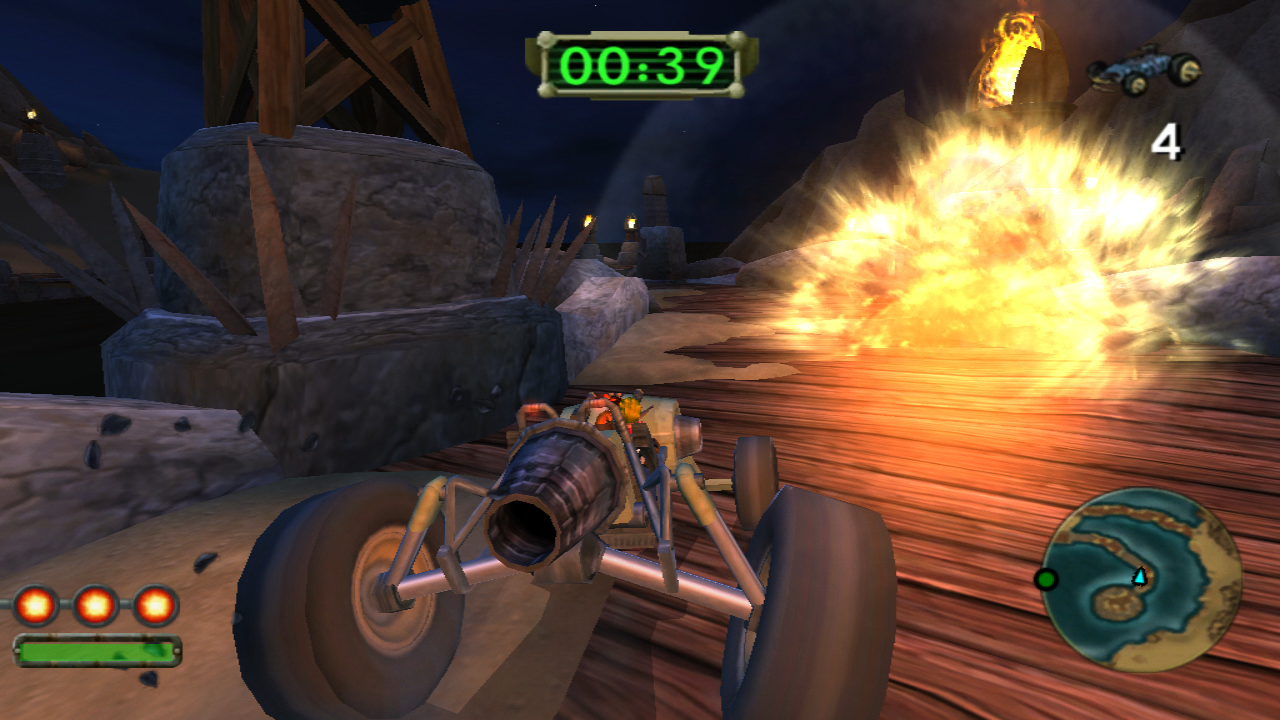 While Jak 3’s story wasn’t bad it didn’t manage to be as interesting or unique, especially when one of the main bad guys from 2 returns and for no real explanation decides to be a super-cliché “I want to destroy the world” bad guy.  It is ironic then that in every possible way in terms of design and fun-factor Jak 3 absolutely destroys Jak 2.  The annoying vehicle handling was removed, the over-filled npc city was toned down and dramatically modified alongside a 2nd city being included for the player to roam as well as a giant expansive desert area full of things to find and side missions to do all while getting access to some incredibly awesome desert buggies that all had various feels to them.

Jak also gains a second transformation, turning in to Light-Jak which grants him defensive abilities and the means to glide, increasing his move-set and gameplay substantially as well as adding several new weapons, some of which are so cool I think rival series Ratchet and Clank pilfered a few of them eventually.

Overall this trilogy re-release gets practically 99% of its praise from me because the originals were already so amazing and they all have for the most part stood the test of time quite well.  Running at a higher resolution and having trophies are nice bonuses but unless you are a die-hard fan or never played these before there isn’t anything else on offer here.  It is perplexing that a simple behind the scenes look-back video wasn’t even included on the Blu-ray, especially since one was actually created and released just this month online and this oversight is the only real reason I can’t give this collection a full score.  If you’ve never played Jak and Daxter you’d be hard pressed to find a better series of action platformers even now.