"I rank my favorite performances by the versatile actor"
By: Cristian Barros | Movie Features | July 23, 2015
Actor Jake Gyllenhaal has been impressing audiences since his breakthrough role in 2001's sci-fi head-trip Donnie Darko. It was already apparent in that cult film that he displayed an insight and maturity beyond his young age. Over the past 15 years, Gyllenhaal has been building a steady resume of diverse and interesting performances. From intense introverts to romantic leads, he has proven his range in different genres. With this week's release of his latest movie, the boxing drama Southpaw, I rank his finest hours on-screen to-date. 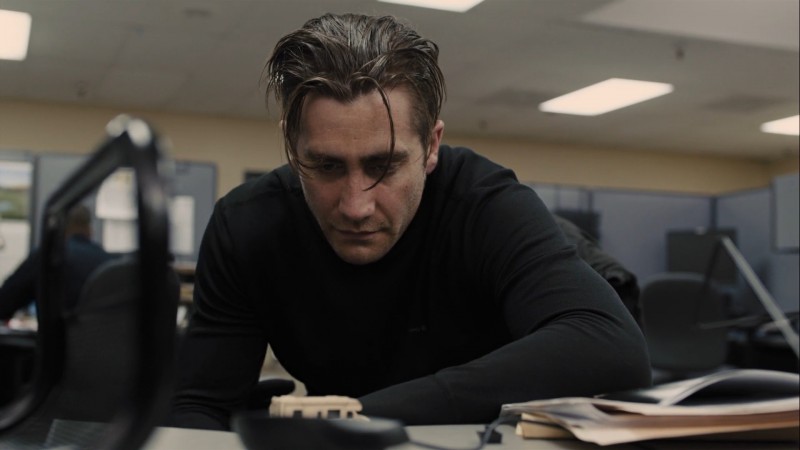 A common thread for many of Gyllenhaal's roles has been a knack for choosing characters who are obsessed with a singular goal. One of the best examples of that was his performance as Detective Loki in Denis Villeneuve’s brilliant mystery thriller Prisoners. Playing the detective who is assigned the case of parents Hugh Jackman and Maria Bello's missing daughter, Loki plunges head first into finding her. What makes Gyllenhaal's work so effective and haunting is the nuances he incorporates into a character we know very little about. He sports tattoos on his fingers and neck, suggesting a tough personal life, but more so is the concentration of his determination, which hints at an event from his past. His personal fervency is associated with a tick that Gyllenhaal injects into Loki's physical mannerisms. He effectively conveys his character's frustration with each dead-end he encounters, but also displays his unwavering determination in finding the young girl. The emotional weight that Gyllenhaal carries in this dark drama resonates vividly and is why it's one of his most intense and memorable performances.

At this point in Gyllenhaal's career, he had been mostly known for roles in indie dramas, but it was his work in Ang Lee's masterful and iconic romantic drama Brokeback Mountain, which allowed Gyllenhall to tap into his most affecting role. The movie tells the story of Jack (Gyllenhaal) and Ennis (Heath Ledger), who meet in Wyoming in 1963, when hired to embark on a summer-long sheep herding. It is there that the men enter a forbidden romance, which spans for two decades and leads them to keeping their love a secret from a conservative society, especially from their spouses. Heath Ledger may have been given the lion's share of attention for his powerful and introverted performance, but Gyllenhaal's work is just as impressive and moving. Gyllenhaal provides Jack with a sweet earnestness that is touching and accessible. He is very much the yin to Ledger's yang, displaying an open-hearted acceptance of his newly discovered affection for a man dealing with the struggles of self-acceptance. We empathize with Jack's willingness to want to openly love Ennis in a close-minded world. Gyllenhaal's performance is key to the movie's success because it is through him that we feel the emotional toll of the tragedy that strikes in the story. Gyllenhaal received a much deserved Oscar nomination for best supporting actor. His work here remains his most touching performance so far. 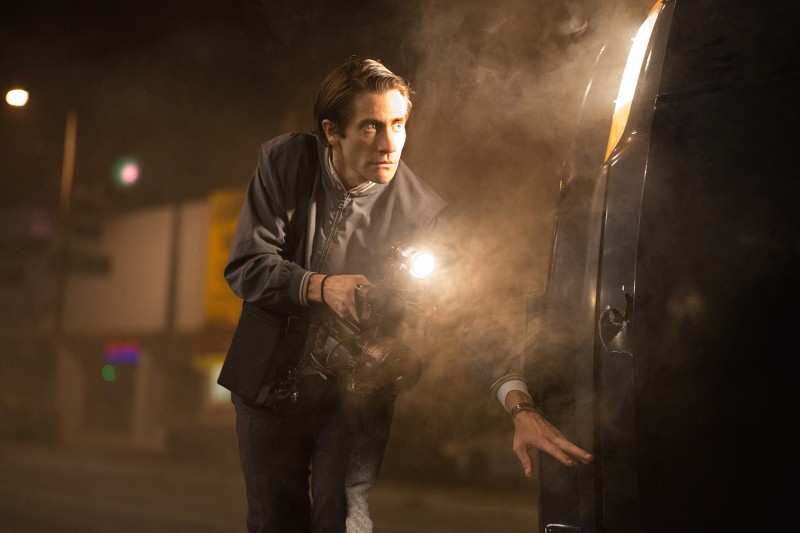 Gyllenhaal's impressive line of work has led to probably his best performance to-date in Dan Gilroy's provocative drama Nightcrawler, which was also Gilroy's directorial debut. Gyllenhaal is magnetic as Lou Bloom, a freelance cameraman who is willing to do anything for success, no matter the cost. We watch in horror as he slithers his way up the food chain. Bloom crosses many moral and ethical lines in order to move to the top. His scenes with a local television news producer (Renee Russo) are fascinating and unnerving in how Bloom manipulates his way into the forefront of that world. The role is the most challenging and controversial of Gyllenhaal's career. He lost a reported 20 pounds to convey the character's single-minded ferocity and allows the character to be unsympathetic in his pursuit of the american dream. Bloom is essentially a sociopath with a camera, but Gyllenhaal's intensity and dark charms keep us enthralled. There is an almost animalistic approach in Gyllenhaal's performance that conveys Bloom's unwavering fierceness to being the best in the business. It's startling and memorable work from one of the best actors in Hollywood today. One that was wrongfully denied an Oscar nomination. His performance as Lou Bloom is his finest hour as an actor and Gyllenhaal's commitment to the character will haunt and stick with you for days.

We will see where his work in this week's Southpaw ranks among his remarkable filmography.