Just in case you were concerned that poor old James Cameron would have nothing to do but twiddle his thumbs once he's done with the Avatar franchise, worry not. Cameron's production company, Lighstorm Entertainment, has acquired the film rights to Taylor Stevens' 2011 novel The Informationist, and Cameron himself plans to direct the adaptation, eventually.

The Informationist follows a Lisbeth Salander-type investigator, Vanessa 'Michael' Monroe, as she searches Africa for the vanished daughter of a Texan oil kingpin. This sounds like the perfect kind of character for Cameron, who has a reputation for creating memorable, strong female heroes, from Sarah Connor of Terminator 2 to Sigourney Weaver's Ripley from Aliens. Stevens published a second Monroe novel, The Innocent, this year, so there's already franchise potential as well. 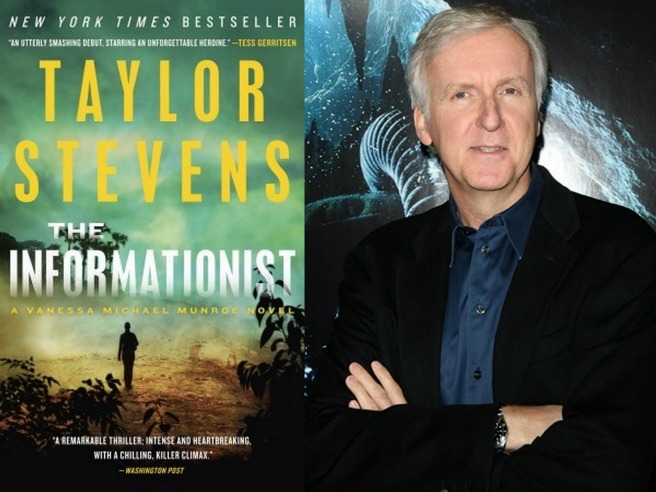 The material does sound a little stale coming on the heels of Fincher's high-profile adaptation of The Girl with the Dragon Tattoo, but let's repeat that Cameron first has to make it through both Avatar 2 and Avatar 3 before getting to this one.

So even though Cameron and his Lighstorm partner Jon Landau are expected to reach out to writers for the adaptation soon, it'll likely be a long time before this project really starts to take shape. Hopefully that'll give The Informationist some time to distance itself from Stieg Larsson's successful trilogy and stake its own ground.