Despite a budget nearly four-times smaller, The Lorax handily defeated Disney’s ambitious adaptation of John Carter, which had to settle for second.

Repeating in first after its stunning No. 1 debut last weekend, The Lorax held up well and easily repeated over a modest frame. Dipping by just under 45 percent, the animated Dr. Seuss offering collected another $38.8 million, which brings its impressive two-week cume to $121.7 million. With no new kid-centric fare on the horizon, expect the movie to hold up well in the coming weeks and soar past the $200-million domestic mark. 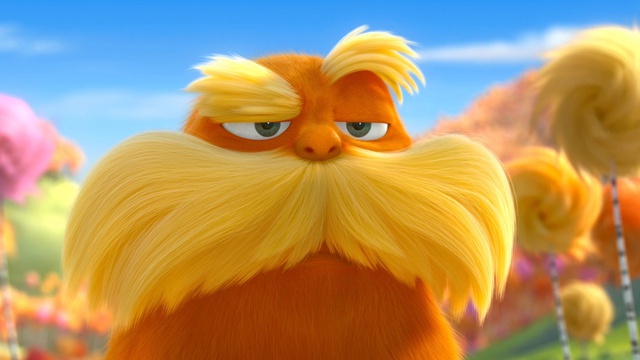 After months of speculation about the box-office prospects of John Carter, the adaptation of Edgar Rice Burroughs' famed sci-fi novel from over a century ago, Disney should be relieved that it debuted to the upper-tier of expectations. Unfortunately for The Mouse House, those projections topped out at around $30 million, which is precisely what happened with its $30.2-million weekend gross.

A confusing marketing campaign and a ballooning budget (which reportedly exceeded $250 million), many feel John Carter had been a doomed effort for some time. The opening weekend is actually respectable for the genre, and a Friday-to-Saturday uptick meant that families were interested, but for what Disney spent, there is little to celebrate. Overseas, things were a bit brighter, as John Carter rocketed away with $70.6 million bringing its early international cume to $100.8 million.

Debuting to lower-than-expected results in fifth was one-take horror feature Silent House with Elizabeth Olsen. With no other horror offerings having hit theaters since The Woman in Black, this result is a bit disappointing. Having received a horrid “F” CinemaScore due to its less-than-beloved ending, bad buzz seems to have hindered breakout potential for the flick, though it cost just $1 million to produce.

Close behind in sixth was the long-delayed (it was shot in 2008) Eddie Murphy comedy A Thousand Words which barely made a peep with $6.2 million. This is a slight improvement over his recent flops Meet Dave and Imagine That, but it's clear that audiences no longer have the patience to weather a Murphy film of this caliber.