Justin Chatwin Will Not Return to Showtime’s Hit Show Shameless

A rather expected casting change has recently been announced in regards to Shameless, the popular show that airs on Showtime. Justin Chatwin who plays Jimmy/Steve (depending on who he is communicating with), will not be returning for the fourth season of the show. For the past three seasons, he has played the love interest of Fiona Gallagher (Emmy Rossum), the oldest girl in a dysfunctional, poor family trying to make it in Chicago despite an absent mother and drunken father that does little to support them. His relationship with Fiona was getting rough at the end of the season, and it seemed that they would be over, but she did not want to accpet it. As the season concluded, he was last seen getting on a boat with a thug who then returns to Fiona with an envelope of cash that Jimmy wanted her to have.

His death was presumed, but there was still a chance that he could come back in the next season. His character Jimmy had been known for disappearing and returning to the Gallaghers, and was a conman before being involved with Fiona. A rep from Showtime has confirmed that his days as a regular are over, but there is a chance that he could come back in one or two episodes in season four. Shameless is adapted from a previous series that aired in the U.K. We will have to tune in next year to see what the fourth season offers to audiences. 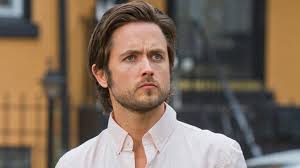