By: Melisa Torres | Movie Reviews | May 29, 2014
In an age of superhero, shaky cam, and plot-heavy films, Kelly Reichardt’s Night Moves is unlike most movies these days. It’s different, but not necessarily a breath of fresh air. Reichhardt makes her foray into genre with this slow-burning, thriller. The film headlines Jesse Eisenberg, Peter Sarsgaard, and Dakota Fanning. 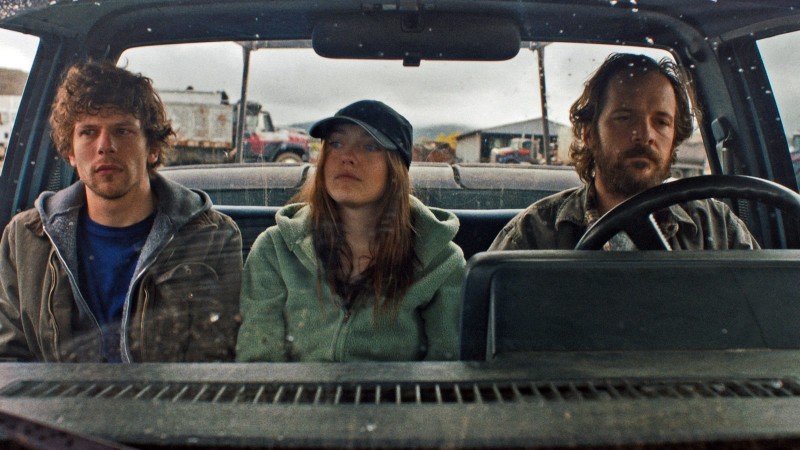 Night Moves deals with three radical environmentalists who blow up a dam and the subsequent fall out of their actions. The narrative is like most other thrillers except it is wonderfully character-driven. Eisenberg’s Josh is a member of an organic farming community that strives to have as little carbon footprint as possible. Spurred by a zealous fervor, Josh enlists, Dena (Fanning), and shifty but explosive-expertised Harmon (Sarsgaard) in his illicit ploy. The movie proceeds with a very calculated and precise pace. There is very little of the quick editing and dialogue present in today’s commercial fare. The movie operates on a different plane, rejecting momentum in favor of intense atmospheres of suspense and paranoia. Reichardt's direction is unflinching; her camera is steady and lingers on her subject. My favorite scene was a small, insignificant moment- Josh is sorting plants in a tent. The loud whirring of a fan is heard in the background as Josh works efficiently. The sound of a car approaching stops Josh mid-action. He cautiously turns off the fan, and waits in agony. Have the authorities come for him? We don’t know because Reichardt's camera keeps the viewer just as uninformed as Josh. As the camera remains fixed on Josh, the paranoia mounts and the intrigue builds until all of a sudden the bubble bursts. Josh’s fears were reasonable but unfounded. This is where the film succeeds best, creating a dark, moody atmosphere that convey the character’s inner thoughts without speech or action. Yet, as much as the film excels at creating suspense, it fails to ever feel original. 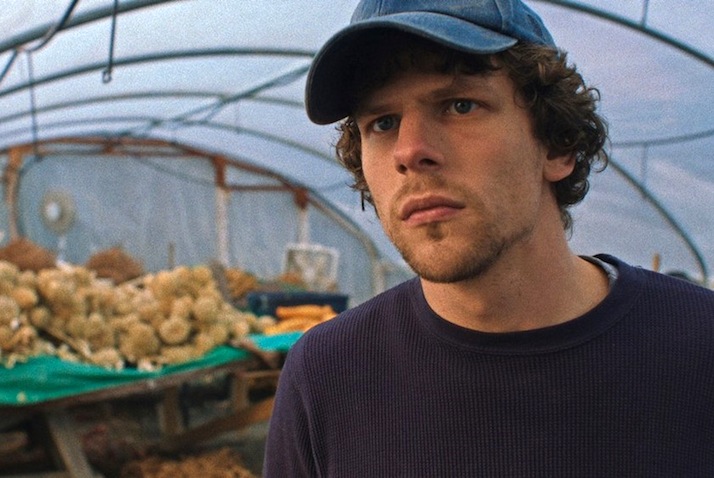 The film relies heavily on the performances of its three leading actors. Jesse Eisenberg and Peter Sarsgaard acquit themselves well but bring very little to the roles. They are performances that are extremely reminiscent of past works to anyone familiar with Eisenberg and Sarsgaard. Eisenberg with his frantic energy and intensity falls into the role easily.  Although well acted, Sarsgaard as Harmon feels like lazy, type-casting. It's a slight variation on Sarsgaard’s slew of weird, offbeat characters. Dakota Fanning turns in the only inspired performance as the manipulated and oppressed Dena. She serves as a vital member to the operation, but she’s treated as little more than a subordinate and nuisance by Josh and a sexual-opportunity by Harmon. Fanning’s character is too often sidelined and only appears later if Josh interacts with her. It is unfortunate that the script pushed the best performance to the background. Fanning’s fresh acting is mitigated by the film’s rote characterization of women and her fellow actor’s routine performances. 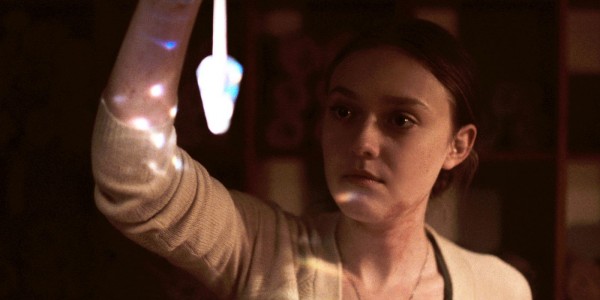 As a whole, Night Moves suffers as well. It is not contemporary, and feels downright antiquated.  The suspense plays out too much like a relic of Hitchcock. Reichardt is unable to take the genre and make it her own. The story itself feels old. Environmentalism is a notion and movement that has been around since the days of Walter David Thoreau. For perspective, Earth Day was first celebrated over 40 years ago in 1970. Meanwhile, the eco-terrorist thread in the film feels like a subdued, 80s-leftover plot device. I suspect that Reichardt chose the topic because it is very timely with the threat of global warming. However, under Reichardt's treatment it just feels downright disconnected from the current discussion. I suppose one could argue that it is intentional because the audience is not meant to connect with the radical viewpoints. Unfortunately, Night Moves operates too often within an odd, isolated capsule. Its worst crime is that it feels outdated. The film does little which has not already been done before. It works just fine but not enough to make it worthwhile or set it apart.
Rating
5.5
Pros