By: Josh | PS Vita News - PS3 News - PS4 News | July 8, 2014
If you recall during Sony's press conference in 2011, Mr. Levine took the stage with a big announcement. He slickly pulled out the shiny new hand held from Sony and announced that BioShock would soon make an appearance on it. 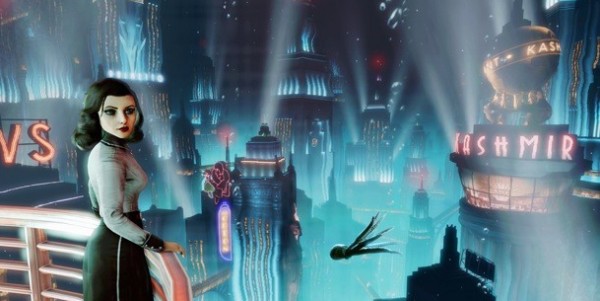 Well it's 2014 and we are still waiting for BioShock on Vita and apparently Ken Levine hasn't forgotten it either. A few tweets from Levine mentions that he still wishes he could bring BioShock over to the small screen like he always intended.


It seems Ken Levine even had a few thoughts has to what the game may have become, a Twitter user asked what he had and mind and he replied with "I wanted to see [Final Fantasy] tactics style game set in pre-fall Rapture. Turn Based. Sadly this will never come to pass."
Levine and the team who brought us BioShock and BioShock Infinite are all but abolished now, just a few months ago Irrational studios was disbanded and Levine formed a smaller studio to work on smaller projects. 2K has stated that there will in fact be more BioShock games, but one can assume that the next iterations will stick with their trademark formula and platforms.