The series premiere of Last Resort is still a bit more than a week away, but ABC was kind enough to make the episode available online. Luckily, we here at PlayerAffinity TV mostly have good things to say about it. A pilot episode is usually the proof-of-concept, or sample made to sell the series to a network. Pilot episodes come in all shapes and sizes, and most of them — even among the most successful — are rarely as engrossing as this one was. In just one episode, we've managed to get a pretty good sense of all major characters while following the crew in the middle of the Indian Ocean (and the folks back in the U.S.) through an engaging story.

Right from the beginning, things get intriguing when the USS Colorado, a nuclear submarine, picks up what appears to be a few marines (including a wounded one) somewhere in the Indian Ocean. We then get to spend sometime with the crew going about its business of running a submarine, with all the intricacies it entails, before being caught up by the reality surrounding that earlier event. If you have read anything about Last Resort, you should know by now that the crew refuses to carry out an order and finds refuge on an "exotic" island from where it tries to reach an understanding with the military command in Washington D.C.. I will not go beyond this level of detail to avoid giving away too much before the series premiere. 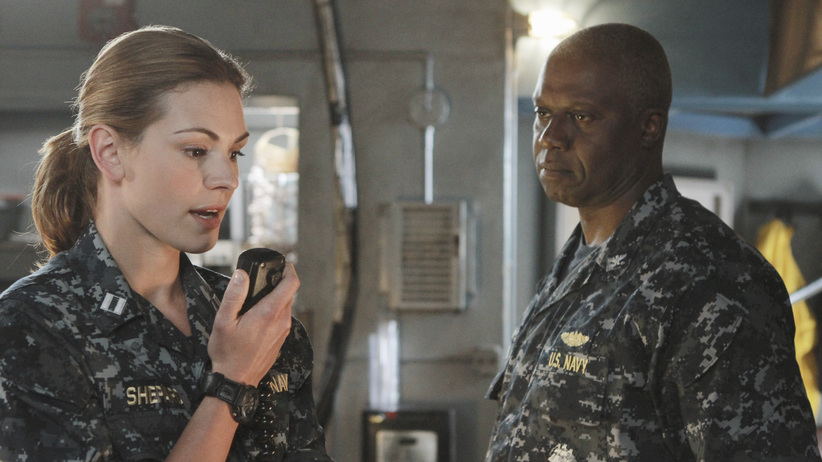 The pilot didn't shine because of those broad strokes from the storyline, but rather because of how everything happened or more precisely, because of the men and the women that made it happen. Understanding characters from carefully crafted scenes and good performances are one thing, but being seduced by what we are presented with right away is another. The episode achieved the latter by throwing its colorful bunch of characters into a story where they could each display what makes them stand out in the mix.

Captain Marcus Chaplin, the commanding officer of the USS Colorado (played by Andre Braugher) is quickly presented as a proud and loving father before being defined essentially by his actions. In an attempt to ratchet up the suspense even more, the story unfortunately put him at the center of the only blatantly weak sequence of the whole pilot, something that led to a few seconds of confrontation with his second-in-command (or XO in U.S. Navy speech) Sam Kendal to whom the captain otherwise appeared as a father figure. Braugher delivered a solid performance as Chaplin, but the more prominent emotional poles of the story were his "senior" officers.

Played by Scott Speedman, Sam Kendal was what I would call a positive emotional pole, genuinely protective of his female colleagues (that is, beyond the requirements of his function as second-in-command), loyal to a fault toward the captain, and a good husband away from his wife played by Jessy Schram (who is becoming a very familiar face on TV series). Whenever we see a man and a woman in their prime working together in a TV series, we are wired to wish them into a relationship. Last Resort is no exception, and although Sam Kendal is apparently a loving husband, there was something in his very restrained behavior toward the other emotional pole, Lieutenant Grace Shepard, to fuel such predictable TV-watcher thoughts.

While the XO was setup to become the character many in the crew (or at the NATO outpost) might admire, Lt. Shepard was quickly presented as the officer who would attract more negative feelings. Being the daughter of a high ranking member of the Navy, and one of the few women in a crew of men seemed chief among the reasons behind such sentiments. The story skillfully used her connection to Washington D.C. to give more weight to the potentially tiresome storyline around a young private contractor/engineer. The episode also managed to showcase a third (albeit less prominent) emotional pole around the marine who might have inadvertently started the chain reaction that led to the unfortunate fate of the USS Colorado. 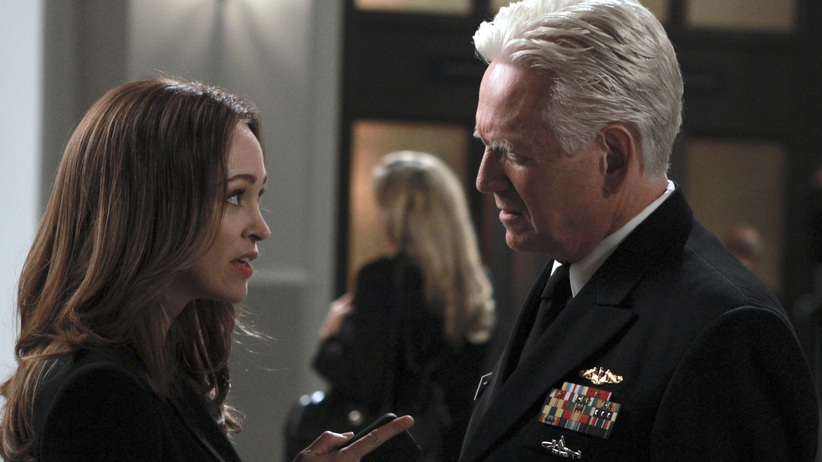 Although there are many other characters and at least as many potential storylines, after half an hour, the emotional map was crystal clear and so was the refreshing nature of many of the themes explored. Some might be surprised by the show because of its ambition that goes beyond the military-centric premise. It is of course too early to tell, but it appears to have the potential to grow into a series more about military life and decision-making than warfare. One of my favorite scenes of the pilot was the briefing in which two female crew members had to report to the second-in-command whether the male sailors had behaved appropriately. Given that females are only now starting to serve on submarines in the U.S. Navy, there is no question on the relevance of such a situation, and the pilot got that right, no matter how comical or dramatic things were portrayed. The episode also seems to have properly conveyed other elements of life on a sub to a non-military audience, at least there was nothing that looked blatantly wrong for someone not particularly familiar with such matters.

Last Resort's pilot episode introduced us to potential consequences in the military game of power in Washington D.C., it gave us a good look at the often unforeseen impact of honor and other emotional components in the military, and finally showed us life as it happens when one lives and works on a sub far away from home. The episode properly balanced substance with action and largely pulled it off. The series now has a few more episodes to confirm that it is a new force to be reckoned with.
---
Last Resort will premiere on ABC on Thursday, September 27 at 8 p.m. EST