"A beautiful story destroyed by the underlying message of euthanasia "
By: Russ Matthews | Movie Reviews | July 9, 2018
The aging process is an inevitable aspect of life and has manifested itself in various degrees of success in film. These cinematic depictions of those individuals in the final act of their lives have provided some of the most dramatic and humorous moments in history. Films like On Golden Pond, Driving Miss Daisy and Gran Torino and various directors and actors have shown how this aspect of life can be done gracefully, despite the failings of the human body and mind. The Leisure Seeker is a dramatic comedy based on Michael Zadoorian’s novel that attempts to capture the emotion and comedic nature of the Spencer's life as they look to have one last adventure in the family’s beloved recreational vehicle. 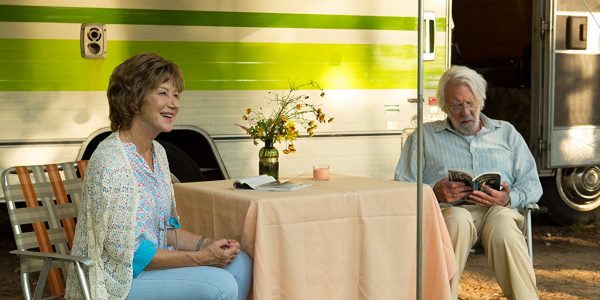 John Spencer (Donald Sutherland) had been a celebrated American literature professor who held Ernest Hemingway and his students in the highest regard throughout his career. Since his retirement, his mind that used to be able to quote prose and verse from a multitude of authors has been failing along with the physical health of his faithful wife, Ella (Helen Mirren). On the day that their children were looking to take them both to medical facilities to help the older couple with their ailments, the senior citizens decide to jump in their old recreational vehicle and head to the Florida Keys.  With John behind the wheel and Ella as navigator, they hope the Leisure Seeker holds together long enough to get them to Hemingway’s former home. On their journey from Boston through the southern United States, the two attempt to remember the past they shared together and the dreams they would not be able to fulfill. While the Spencer children try to find their rebellious and rouge parents, the senior citizens look to squeeze everything they can out of this final season of life.  This is a portrayal of a bittersweet love story of care and thoughtfulness by Mirren and Sutherland. These masters of the craft embody the long-suffering couple and the deep emotional ties that have kept them together throughout the years. Their performances manage to show the pain and adoration that the years have brought into their life through their marriage and family life. This aspect of the film provides the tears, laughs and heartbreaking moments that can only be shown in years of growing together, but manages to conclude in a travesty. 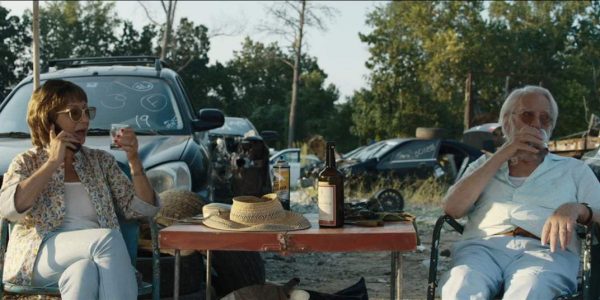 Audience members who know how Ernest Hemingway ended his time on this earth should be able to predict the direction of the Spencer’s trip. Every positive and beautiful moment that the veteran actors deliver throughout their unorthodox road trip is dashed against the rocks of the Florida Keys with Ella’s ill-fated decision to decide the ending of their lives.  Delivering a similar message as Me Before You and Breathe, this pro-suicide ending manages to spoil a compelling story of aging gracefully. The charming and heartbreaking performances of Mirren and Sutherland manage to be overshadowed by a seemingly merciful end that fails to satisfy their onscreen family. The Leisure Seeker attempts to address the issues of the plight of many elderly citizens of the world, but provides a poor solution to these challenges of life.
Rating
3.0
Pros