With St. Patrick’s Day this weekend, what better time to announce a reboot of the Leprechaun franchise? Yes, the horror franchise that began in 1993 and showcased a pre-Friends Jennifer Aniston and a leprechaun killing someone with a pogo stick will be "modernized."

At the moment, the film lacks a director, writer and cast, but its projected 2013 release date suggests that all will be assembled in the very near future. Variety says that this revamp is just one of two films that WWE Studios and Lionsgate will make together, the other film being undetermined at the moment. Lionsgate will take care of distribution, while both studios will pay for the production and marketing of the reboot. 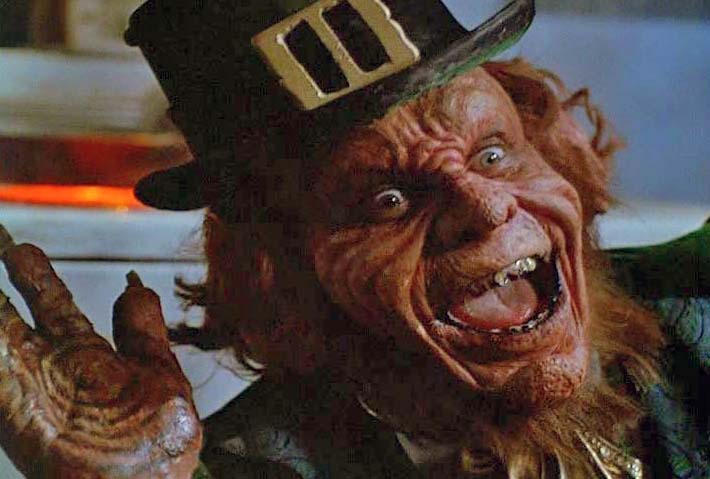 Here’s what Michael Luisi, head of WWE Studios, had to say about the collaboration:

“We have been looking for ways to continue our relationship with Lionsgate and we saw 'Leprechaun' as the perfect opportunity to take a well-known franchise and put a modern-day spin on it. This is a property that we believe our audience will respond to and we continue to look for ways to surprise and engage them.”

Given that a large portion of WWE’s fan base comprises of males, a reboot of Leprechaun could prove to be quite profitable. Lionsgate and WWE Studios’ 2006 horror flick See No Evil made less than $20 million worldwide, but its $8-million budget ensured that it was eventually profitable.