Little Witch Academia: The Little Anime that Could

For the record, I'm not a fan of Harry Potter, cute girls anime and other things of the like, but I can honestly say that I'm a huge fan of Little Witch Academia. Created by Studio Trigger, an animation studio in Japan, founded by Hiroyuki Imaishi and Masahiko Ohtsuka. The two men were former animators over at Gainax, famous for Wings of the Honneamise, Neon Genesis Evangelion and Gurren Lagann. Academia was created in conjunction with Japan's Young Animator Training Project, a program initiated to offer support and training for animators at Japan's animation studios during their first year of work. Studios bid on projects and then after they've been selected, they are shown in theaters the following year. Little Witch Academia was presented in Japan, March 2nd, 2013 and eventually put on YouTube and Crunchyroll shortly after. For those that love anime or even just high quality animation period, Little Witch Academia is an incredible short and can easily put a smile on anyone's face. 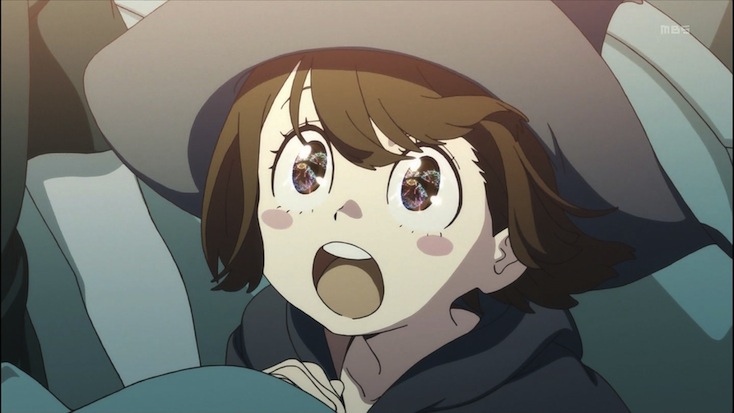 The short follows a young girl named Akko, who decides to become a witch after seeing her idol, Shiny Chariot, perform magic at a show. Akko doesn't come from a magical background, so she's picked on by the other witches in training. The class is chosen to complete their training by entering a large dungeon and find a variety of treasures that they may keep afterwards. When a magical dragon is awakened, Akko and her friends, Lotte and Sucy, must band together and fend off the beast and stop the creature from destroying the entire school. 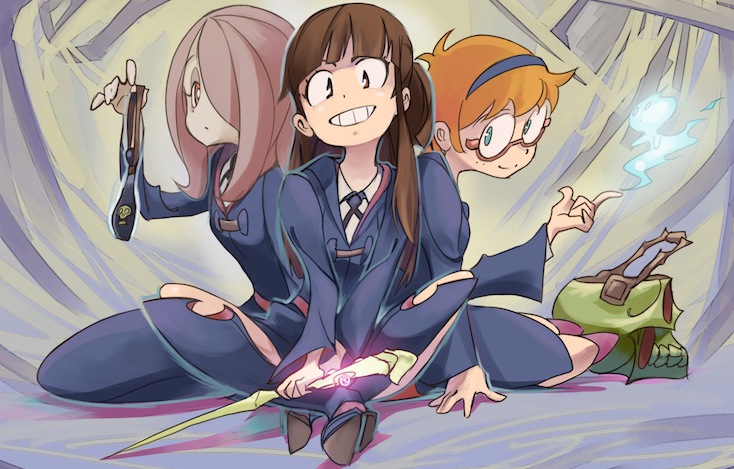 While the premise is earnest and straightforward, there's a multitude of reasons on why Little Witch Academia should be watched and supported. The first one being that this is some of the best animation I've seen in Japanese animation in a while. There's always something each season that a solid watch, but in regards to animation, this short is absolutely stunning. The fluidity of the movement, the effects and overall aesthetic that the film provides is something that calls upon a time of Japanese animation that has been somewhat lost over the last few years. A majority of animation that comes from Japan is outsourced, to places like China and leaves many Japanese animators out of work and struggling. Original projects like this are somewhat of a rarity and with Academia being a sort of pastiche of many elements that people love about fantasy properties and anime in general, it proves to be a passion project at the heart of Studio Trigger's incredible short. 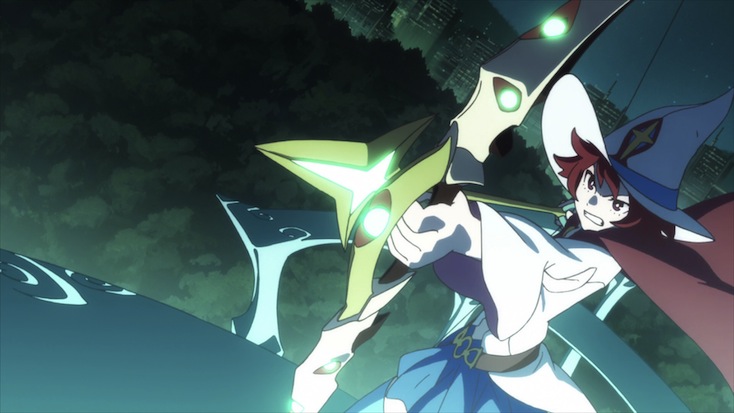 Another major reason that this film should be pointed out, is because its currently at the forefront of a model that might make up a major portion of anime coming out from Japan. Kickstarter has been a model that many people have utilized to get all sorts of projects off the ground. From big Hollywood movies, to indie games and other sorts of ventures, all sorts of projects have done some incredible things with the Kickstarter platform. Masaaki Yuasa proved this with his Kick Heart project, a short film that has managed to take the anime world by storm and proved that original animation from Japan still has a voice and an outlet to reach fans all over the world. Currently, Studio Trigger has a second Kickstarter for another episode for Little Witch Academia, that has managed to make its goal in 6 hours of the project being posted. There's also a new company, Acctil, that will be bringing out a collector's edition of Little Witch Academia, that will also include a 66 minute making of and a 112 page artbook, that will be out later this summer. If you love anime or animation in general, do yourself a favor and check this short out and if you're really digging it, show some support through Studio Trigger's Kickstarter page for the second episode of this wonderful project.

A link to the first Little Witch Academia can be found here.

A link to the Kickstarter page for Little Witch Academia 2 can be found here.

A link to Acctil's home page can be found here.