"Affleck should repent for the making of this film"
By: Russ Matthews | Movie Reviews | January 16, 2017
Ben Affleck has gone from Batman to The Accountant to bringing in the new year as the prohibition gangster, Joe Coughlin. He takes on the roles of director, lead actor and screenwriter in this adaption of Dennis Lehane’s latest novel. This has been a partnership that has worked well in the past with Affleck’s adaptation of Gone Baby Gone. Can Affleck’s love for his hometown of Boston and the work of the celebrated novelist make for a winning combination for audiences?
The prohibition era has provided a wealth of storylines that include gangsters, corrupt police officers and the women that they love. Joe Coughlin served Europe during World War I and had his fill of needless killing, but his lifestyle choices on his return to the United States leads him to a life of crime. Even with the influence of his police investigator father, Joe chooses to become a bank robber and gets involved with a gangland leader’s girlfriend, Emma Gould (Sienna Miller). These poor choices of career and love almost lead him to an early grave and cause him to lose the love of his life. After leaving the hospital he comes into the service of rival Italian Mafia Maso Pescatore (Remo Girone). He takes over the operation of rum running in Florida for the Italian gangster and comes to love the sunshine state and finds his Cuban lover, Garciela (Zoe Saldana). The life of crime suits Joe and he eventually becomes the kingpin of the Mafia's operation in Florida until he crosses paths with the local Ku Klux Klan and the daughter of the Tampa police chief. 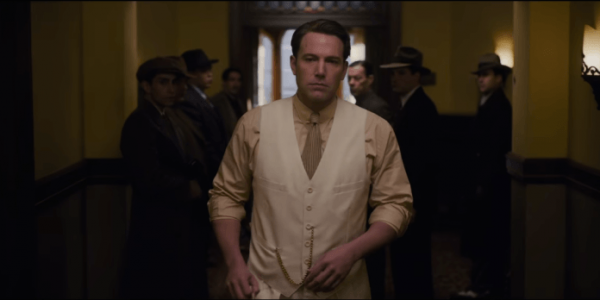 The novels of Dennis Lehane have been the source for some of this era's best directors. Being set in Boston, this storyline seems to be a natural fit for Affleck’s hometown passion, even though this a different timeframe for the accomplished director. He manages to capture the 1920’s and 1930’s era with the wardrobe and the cityscapes in Boston and Southern Florida. The widescreen cinematography captures the allure and beauty of the Everglades of Florida. These visual elements are complemented by a stellar cast that surrounds Affleck in his latest directorial outing. Two of the stronger support cast members are found in Brendan Gleeson and Chris Cooper who bring a credibility to the cast, but even these giants in the industry are overshadowed by Chris Messina (Argo) as the faithful sidekick, Dion Bartolo. The combination of the quality performances and the visual elements lift the artistry of Live by Night and Affleck's directorial style, but they cannot make up for his attempt to do too much with one film. 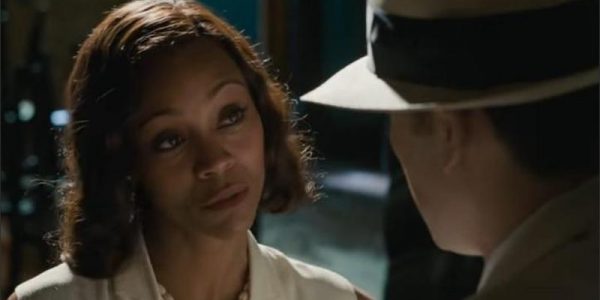 The undoing of the film can be found in the attempt to cover three decades and the myriad of layers to Joe Coughlin’s life. Instead of remaining within one portion of the gangster’s life, Affleck attempts to take on all of the elements of the novel and it proves to be too much for one film to handle. The quality of the story gets watered down in the attempt to deliver every aspect of his life in Boston and Florida. This is exacerbated by the lack of romantic chemistry between Affleck and his two leading ladies. Miller and Saldana are excellent in their roles of women with dark pasts and they bring colorful elements to the gangster's life. The women do not present the problem, the issue is found in Affleck's acting style which fails to be convincing as the romantic lead in either of these relationships. Then with the inclusion of the overrated Elle Fanning as the evangelist who leads to the downfall of Coughlin's Florida crime empire things come undone for Affleck.  Dennis Lehane and Ben Affleck have had a great track record as writer and director. Live By Night has the potential to be a welcomed return to a bygone era of gangster films, but he takes this story from one of literature's big guns and merely shoots blanks. Offering a wonderful opportunity for beautiful wardrobes, amazing cinematography and an era that continues to fascinate audiences with mythology more than reality. Unfortunately, the accomplished director tries to do too much with all of these elements and like the prohibition era, it looks like his run of successful films has come to a conclusion, for now.
Rating
4.0
Pros