By: Ruben Rosario | Movie Reviews | December 15, 2013
The subtitle for the third Puella Magi Madoka Magica film, Rebellion, is most certainly a fitting one. Not only does it call for a singular character's motivation in the film, but that it completely rallies against everything that the series set out to do thus far. The first two films, Beginnings and Eternal, were merely truncated replications of the original TV series. This third film is an actual sequel, one that seems both to further capitalize on the popularity of the series, in a negative way, but also to stretch out and toy with Madoka's theme's and premises. The TV series is quite possibly one of the greatest TV anime ever created and while I'd recommend this third film for people that have seen the show or first two films, there are a few things to be concerned about. 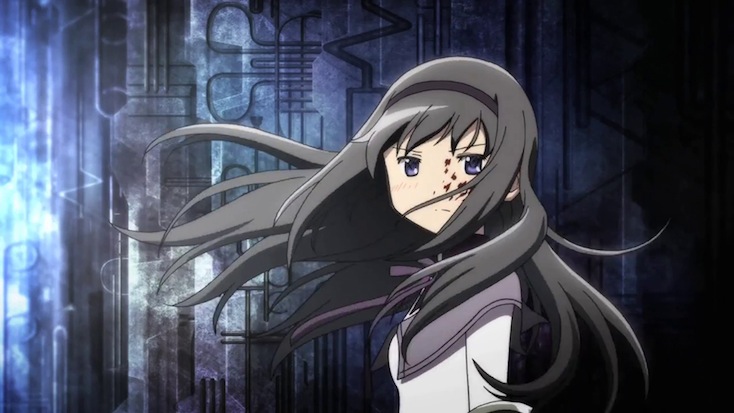 The series focused on girls, who would become magical heroines, in order to rid the world of evil witches. These witches manifest through mankind's depression, fears and other psychological illnesses and set out to bring upon the total annihilation of the Earth. While this seems like a stereotypical, cliche plot element, the Madoka Magica TV show subverts any inkling of this and turns the entire magical girl genre on its head. The series was impeccably well crafted and while there's a slight epilogue that leads into Rebellion, the TV show ends so immaculately, that it stands on its own and doesn't necessarily need this third film. While that being said, each of Rebellion's three acts provide something of a what if, a matter in which the creators explores different parallel universes for each main portion of the films structure.

The first act of the film treats the fans as if everything was okay with the world. After all, Madoka Kaname had saved humanity in a selfless act of bravery and decided to end the magical girl's battles. We're treated to lavish transformation sequences and brilliantly animated fights, as if this were a typical magical girl series. As a what could have been, this shows how director Akiyuki Shinbo and screenwriter Gen Urobuchi subvert the audiences expectations and present the fun of a typical anime. Even Kyubey, one of the most vile anime characters to exist, acts like typical mascot and shouts out “Kyuu Kyuu”. It isn't the most compelling aspect of Rebellion, but the fact that its playful in its sensibilities makes it quite enjoyable. 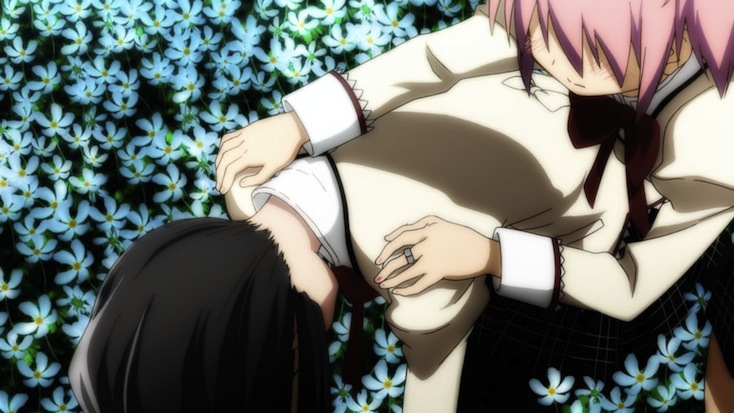 The second act is where the film explores the consequences of the initial sacrifice, that Madoka's ascension to a being a magical girl goddess, breaks the world instead of fixing it. This portion very much sort of resets everything back to normal, but the notion that Madoka universe is fundamentally doomed is an interesting premise. Urobuchi generates a bunch of exposition from Kyubey, in order to explain the current predicament that the character's are in and manages to mess things up once again. This is the point where the films wheel's begin to fall off, in its execution, but the ideas are still as engaging as the TV series ever was. 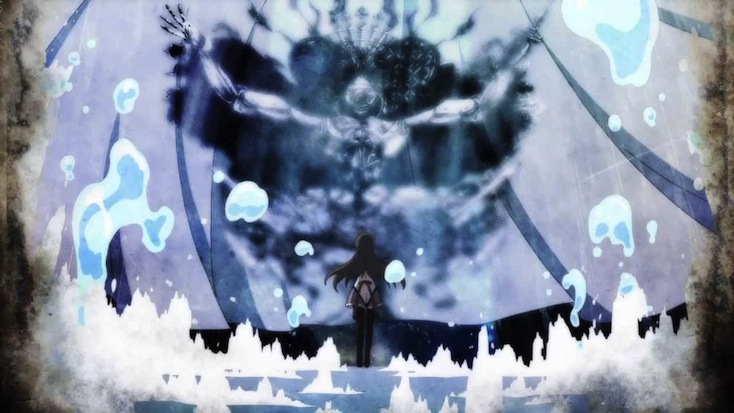 The final portion of the film relies on Homura's character arc and how that's changed from the TV series to the film. When we finally find out the mechanics of Homura's powers, we find that she's done everything in her power to stop Madoka from getting involved, out of love. Urobuchi decides, what if this didn't happen out of love anymore, but for her own selfish reasoning, in where Homura decides to become evil, in order to remake the world in her own final way and save Madoka. This final plot twist involves too much information to unload on the audience and its handled very poorly. Everything about it feels out of character, a mere cheap ploy in order to keep fans watching and extend the series a little longer. The concept is a great one, where a girl whose traumatic past and extensive time traveling, in where she's seen her friends die a million time, decides enough is enough. Her actions and defiance make sense, but the way the Urobuchi writes it, comes off as a nefarious way to milk the series further, in order to sell more merchandise and extend it into a bunch of sequels that would squander all of the beautiful efforts thus far.

Madoka Magica: Rebellion is a gorgeous sequel, that fans should see, but might feel cheated about how the films executed.