Earlier this week, Oscar-winning composer Marvin Hamlisch died shortly following a bout with an unspecified illness. The writer scored and composed songs for many different films all the way up through 2009’s The Informant!

Even the best music can’t make a bad film truly worthwhile, but it can certainly make the experience more enjoyable. Hamlisch was a prime example of such expertise. In his memory, we at Player Affinity decided to discuss his five best movie songs. 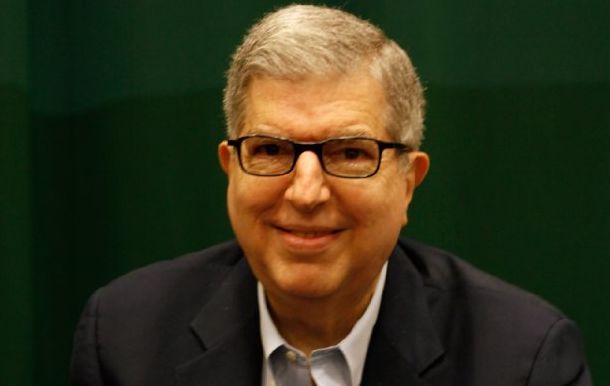 An accident impairs the vision of aspiring figure skater Alexis, but the romance she experiences with Nick inspires her to continue pursuing world-class status. If the plot for Ice Castles, the first of Donald Wrye’s two feature-length narrative films, sounds a bit shallow, you’re not alone.

However, “Through the Eyes of Love,” performed by adult contemporary artist Melissa Manchester, taps into the film’s concept of (literally) blind romance. Outside of the context of Ice Castles, the song’s title – not to mention the actual composition – sounds as cheesy as the film itself, but the two come together nicely to leave an indelible impression.

The song failed to make too much of an impression on Billboard’s Hot 100, perhaps due to how much it doesn’t work aside from Ice Castles’ story. However, like other Hamlisch compositions, it was still nominated for the Original Song Oscar.

Babs performed its theme song “I Finally Found Someone” alongside – of all people – Canadian rocker Bryan Adams. Despite the generally light tone of the film itself, the ballad could easily be mistaken for one of Céline Dion’s power ballads from the ‘90s, as the musical and lyrical tones feel far more appropriate for a romantic drama or, in the very least, a more traditional romantic comedy.

Even though “I Finally Found Someone” doesn’t neatly fit with the fluffy film, it’s an exquisite composition, and the voices of Babs and Adams meld together wonderfully. The song was Hamlisch’s last composition to receive an Academy Award nomination for Best Original Song.

In D.A.R.Y.L., a family takes in a wandering boy – who’s actually a government-created cyborg – named Daryl. Despite forming a powerful bond with those who adopted him, the government tries to take him back into its grasp.

Audiences and critics greeted the sci-fi feature only tepidly, so it’s no surprise that its lovely tune “Somewhere I Belong” wasn’t a huge hit either. Performed by iconic soul singer Teddy Pendergrass, the theme song can work aside from D.A.R.Y.L. as a romantic plea, but in the context of the film, it expresses the emotional turmoil of the protagonist.

Even with two recent missteps from Chris Cornell and Jack White, the “James Bond” franchise carries an enviable catalogue of theme songs. Hamlisch lent his talents to the series’ tenth film, The Spy Who Loved Me, and gave Bond one of his best tunes.

The first Bond track to not be titled after the film, “Nobody Does It Better” is not only a great composition but also encompasses everything that 007 is all about. Thanks to the song’s smooth piano-driven melody and Carly Simon’s confident, sultry vocal delivery, we don’t have to wonder what the word “it” means in the context of this song; “Nobody Does It Better” would actually fit well with most Bond titles.

The song, which was nominated for the Original Song Oscar, peaked at number two on Billboard’s Hot 100, making it Simon’s highest-charting single since her signature chart-topper “You’re So Vain.”

Okay, so this choice probably doesn’t make for the most shocking conclusion, given that “The Way We Were” is Hamlisch’s most popular composition and his only song to win the Original Song Oscar. However, the predictability of the choice doesn’t take anything away from the composition itself.

The bittersweet drama sees Barbra Streisand and Robert Redford as a politically passionate woman and the frat-boy type. While the film accounts for their relationship throughout the years, it shatters the “happily ever after” convention rather quickly and opts to instead examine their romance as it changes throughout the years. Many songs written for romantic films fail to identity with the films to which they’re attached. However, “The Way We Were” avoids that trap by being so specific to its film that it’s difficult to imagine it as being appropriate for any other cinematic work.

Babs lent her incomparable vocals to this song, which topped Billboard’s Hot 100 chart for three nonconsecutive weeks in 1974. Unlike many chart-toppers, though, this tune remains one of popular music’s greatest achievements and one of cinema’s finest songs almost forty years after its release.