To say that Mass Effect 3 was a hotly anticipated game would be quite the understatement.  Back in 2010, Mass Effect 2 released to an extremely good reaction, and made many of the Top 10 GOTY lists, even though it was released very early in the year.  The teaser trailers have been out and about for Mass Effect 3 for some time, and come March 6th, we could finally get our hands on the game itself.  I found that despite the fact that Bioware had their own fiascos with the EA Origins stuff; Mass Effect 3 is a fun game that melds the RPG elements that were quite heavy in the first game with the action sequences that were much more present in the second iteration.  I feel like the discussion of whether 2 or 3 was the better version could be going on for a while, as they both are very strong games, but the fact remains that Mass Effect 3 is a very fitting addition to the trilogy of games, and it does well to scratch the itch of those looking to understand more of the story of Commander Shepard.

The gameplay in Mass Effect 3 is a bit of a fusion between the first and the second in some ways, and is also a very interesting upgrade in some other ways.  One big thing that I noticed was that in this game, there is a health system similar to that of Halo: Reach, where you have a shield that recharges, and then you have separate bars of health that do not.  This makes it so that the medi-gels (now called First Aid), are much more important, as the only way to heal the heath bar is to use first aid.  This adds an extra sense of urgency, which I thought was nice, because it forces the player to be much more aware of their health and current power statuses (if they are a biotic), and because of the fact that I found the enemy AI to be vastly superior to previous games, it really adds a challenging twist. 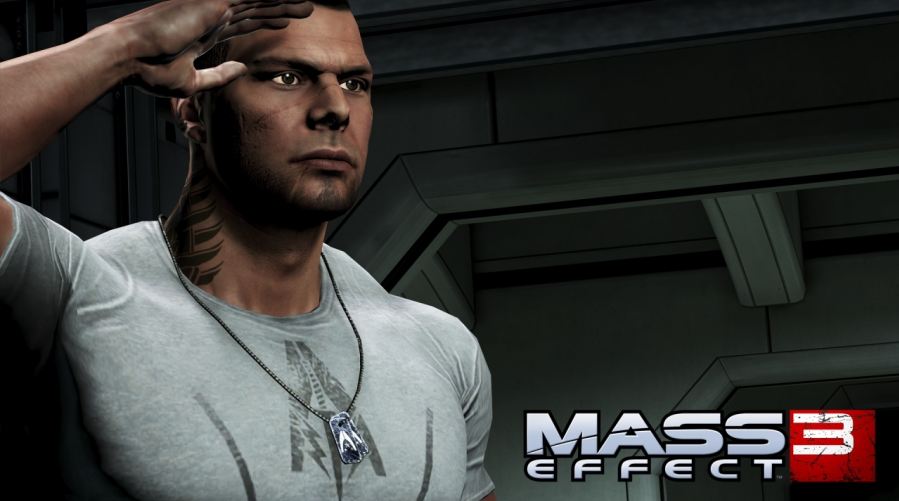 And so hello to my least favorite character, James

If you recall the preview that I did earlier on my impressions on the demo, something that I noted was that I found the biotic powers to be a lot less useful because of the fact that it took much longer for them to recharge.  Well, one of my new favorite additions is the fact that there is a much deeper system of checks and balances for using weapons and using powers, which I found to be incredibly intriguing.  Essentially, what you are given is a certain percentage of recharge speed for your biotic abilities in the load out screen.  The more weapons that you add onto your Shepard, the lower this number drops, and the longer it takes for your biotic powers to recharge.

But if you are using a pure biotic class (the class that I tend to choose), and you only equip a pistol as a weapon, it makes your recharge percentage quite high, which was not available in the demo (or at least certainly much harder to find).  Because of this, it allows a bit of melding of classes, as you could prospectively choose a biotic or tech class, but use multiple weapons so that you could do an Overload to take down their shields, and then use heavy artillery to take down their health.Without spoiling much of the story, the basic gist is that the Reapers have come to invade Earth (and also the rest of the galaxy), and the only person who can stop the reapers invasion is Commander Shepard.  I found the story to be pretty intriguing, but there were some parts where I felt like it became a bit sluggish, but on the whole, the story was pretty entertaining. 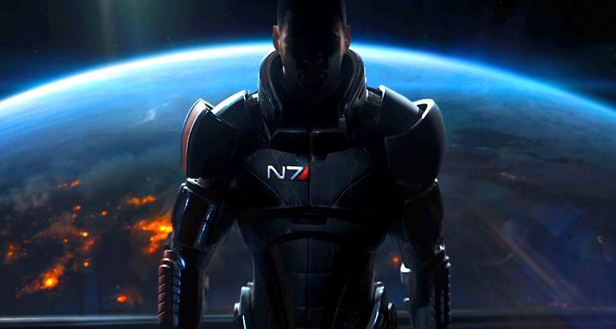 Will you be able to save the galaxy one last time as Shepard?

Chances are that you knew whether or not you were going to get Mass Effect 3 before it came out, but for those that are hanging on looking for a review to help guide their decision, I think that ME3 is a tremendous game that should definitely be added to any gamer’s collection.  In many ways, you get the best of both worlds in Mass Effect 3, as there are elements that are heavily RPG (which fans may attribute to the first Mass Effect), yet there are still the large explosive set pieces that were much more prevalent in Mass Effect 2.  The gameplay itself is very solid, and demonstrates that Mass Effect 3 deserves to once again make the top 10 GOTY lists that are released at the end of the year.  Whether a long time fan of the series, or just looking for an engaging experience to take up a while, I believe that Mass Effect 3 is a very strong outing by the team at Bioware and EA.