After a mighty three-week reign, the return of star Will Smith in Men in Black III was enough to finally dethrone mega-blockbuster The Avengers, though it still posted the second-best fourth weekend of all time.

The time travel plot of Men in Black III is certainly relevant here as it’s been four years since Will Smith has appeared on the big screen and 10 years since we last got a “Men in Black” flick. Well, the combination was obviously palatable enough for audiences, who drove the sci-fi comedy to $55 million over the three-day weekend and $70 million over the four-day.

The pricey 3D flick was expected to bring in a little more over the long weekend, but compared to the performances of other dredged-up '90s properties including Scream 4 and American Reunion, the result can’t be regarded as too disappointing. 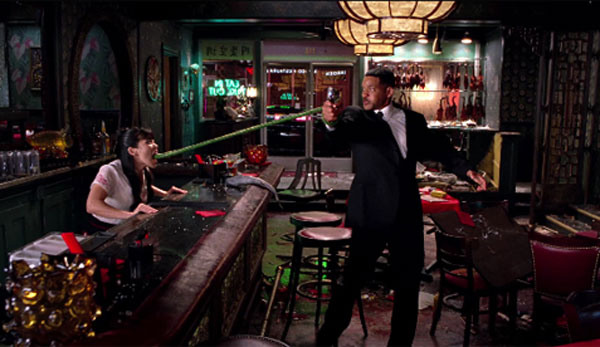 Worldwide, "MIB 3" has amassed an excellent $202 million, opening number one in nearly every country. Save for huge drops in the coming weeks both domestically and internationally, it should still turn into another hit for Smith.

Although settling for second place, The Avengers still took home $36.8 million over the normal weekend and $46.9 over the holiday frame. This upped its domestic tally to a colossal $523.5 million and it should surpass The Dark Knight sometime this week to become the third highest-grossing movie of all time domestically.

Debuting rather weakly in sixth was European-set horror offering Chernobyl Diaries, which scared just $9.3 million over the long weekend. Fright flicks almost never do any business when released in the midst of summer, especially when there are a number of other (better) films in theatres vying for the same audience.

Adding over 800 theaters was overseas hit The Best Exotic Marigold Hotel, which received a 150-percent bump from last weekend and stands with $8.2 million and $18.4 million overall. This dramedy is serving as pure counter-programming to all the big-budget nonsense of blockbuster season.

In limited release (four theaters a piece), two indie darlings debuted to results ranging from excellent to flat-out astonishing. French super-smash The Intouchables grossed $103,500 ($137k four-day) for one of the best per-theater starts of the year. 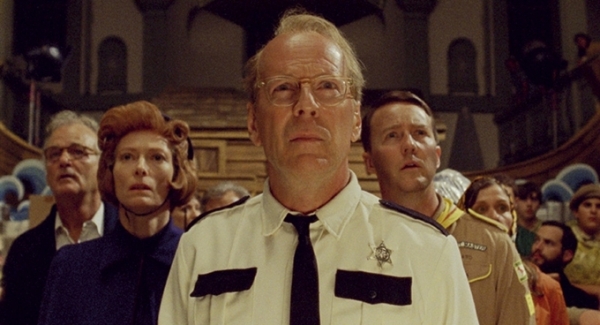 Meanwhile, Wes Anderson’s Moonrise Kingdom saw astonishing attendance, charming $523,000 ($669k four-day) which translates to the best live-action per-theater average of all time – a stunning $130,750 per house. This breaks the record previously held by 2006’s Oscar-winning musical Dreamgirls, which went on to gross over $100 million stateside.

Next weekend, solo newcomer Snow White and the Huntsman will challenge Mr. Smith and the aliens in 3,700 theaters. The fantasy/adventure will have no 3D – just a young female-skewing crowd – to make it or leave it to flop.