"Cruise and company deliver the best 'Mission' yet"
By: Cristian Barros | Fuse Blog - Movie Reviews | August 6, 2015
Say what you will about actor Tom Cruise, but the man has been able to maintain his status as an A-list actor for over three decades in Hollywood. He aligns himself with some of the best talent working behind-the-scenes and continues to push and challenge himself in what he can achieve on the big-screen. He has managed to carry a 19-year old franchise (Mission: Impossible) on his back and keep the thrill factor intact with each installment. His latest assignment as spy Ethan Hunt, Mission: Impossible - Rogue Nation, also happens to take the series to new heights and delivers a dazzling feast of action that ranks only second to Mad Max: Fury Road as the best in this summer's blockbuster entertainment. 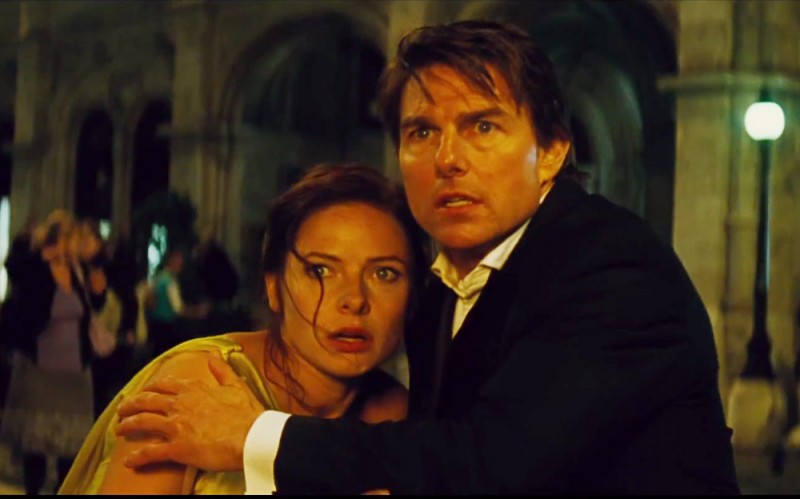 This time around, the stakes have never been higher as the IMF (Impossible Mission Force) has been disbanded and rogue agent Hunt is on his own as he tracks down The Syndicate, an underground network of former spies responsible for a series of deadly terrorist attacks. Returning to the fray to help Hunt's mission are his team members Benji (Simon Pegg) and Luther (Ving Rhames), who help Hunt in getting out of all sorts of dangerous situations. Benji has become a full-on sidekick to all of Hunt's predicaments. Agent William Brandt (Jeremy Renner) also returns, but is mostly sidelined from the action, in order to be in D.C. to thwart C.I.A. chief Alan Hunley's (Alec Baldwin) attempts at dissolving the IMF for good. British double-agent Ilsa Faust (Rebecca Ferguson) enters the fold as someone whose loyalties are always in question. 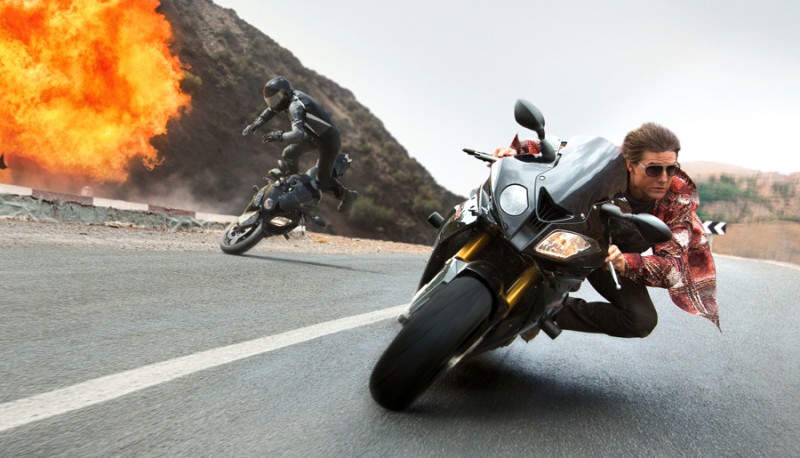 Star and producer Cruise has kept the franchise fresh by bringing on a new director for each installment (Brian De Palma, John Woo, J.J. Abrams, and Brad Bird). This time he tapped director Christopher McQuarrie, best known for his Oscar-winning script for 1995's The Usual Suspects. McQuarrie works on projects of a smaller scale like his last collaboration with Cruise, 2012's Jack Reacher, a moody and underrated thriller. He has never worked on such a large-scale before, but handles the job like a pro by combining his indie sensibilities with the giant pyrotechnics on display, with minimal CGI. What results might just be the best Mission of the enduring franchise yet. He brings a new-found grit to the series that works effectively with the intricate qualities of the espionage, but still manages the wow factor for staging intense action set pieces, which will have audiences clutching their seats. The opening sequence involving Cruise hanging high above off of a A400M Airbus is a stunning feat of real world action and is only the tipping point of the sensational stunts ahead, which include an intense motorcycle chase and a daring underwater sequence. McQuarrie also stages an opera sequence with masterful and impressive confidence. All of this is expertly shot by cinematographer Robert Elswitt. McQuarrie paces the movie in smooth fashion and keeps the humor and action humming at full speed. 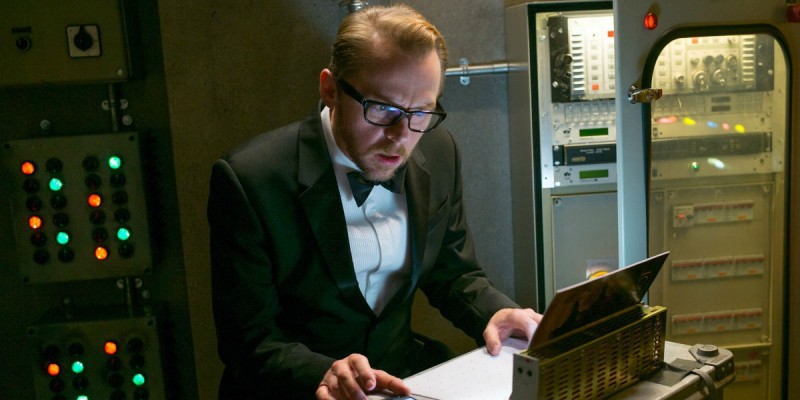 The cast brings their A-game and are ready to play. Cruise once again demonstrates why he is one of the best action stars in the world. At 52, Cruise continues to demonstrate physical dexterity that puts actors in their 20's to shame. Forget your Marvel and DC superheroes, Cruise is the real thing and continues to defy the laws of gravity, all for the sake of entertainment. For all of his remarkable physical qualities, Cruise also brings a new light and loose quality to Hunt this time around, which brings a playfulness out of Cruise that is fun to watch. This is especially true in his scenes with Simon Pegg, who brings sly comedic relief. He and Cruise spar in hilarious manner, especially when they are desperately trying to get out of threatening situations. Rhames and Renner contribute to the comedic banter and display some surprisingly funny moments. Rebecca Ferguson delivers a breakthrough performance and displays strong chemistry with Cruise, while also demonstrating strong and kick-ass moves of her own, all while looking ravishing in an evening dress. She also brings an ambiguity to the character that keeps the audience constantly questioning her motives. She may be the best and most interesting female character the franchise has had so far. The only weak element of the movie is the main villain played by Sean Harris. His performance is solid enough, but he doesn't display the level of menace to compete with the intensity that Cruise brings to the table. Phillip Seymour Hoffman (from Mission: Impossible III) remains the most memorable villain of the series. 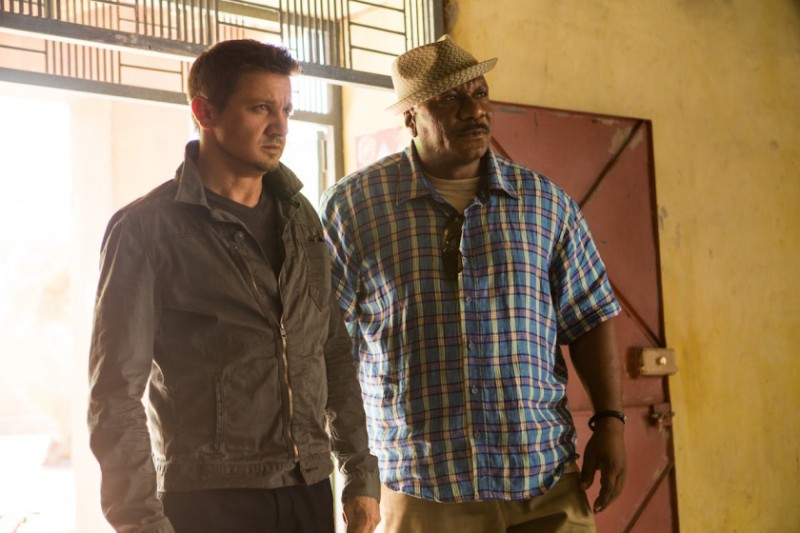 The previous installment in the series, Ghost Protocol, set the bar high with its elaborate design, but Rogue Nation manages to top it because of what McQuarrie and Cruise display by combining the intimate with the elaborate. This is a franchise that continues to get better as it goes along. Instead of sagging after five movies, the series is rejuvenated with creative energy. This is a movie that needs to be seen in the biggest screen possible to experience all of the visual excitement at best capacity. It's summer entertainment that fully delivers and leaves you wanting more. Accept this mission, you won't regret it.