Disney introduced the world to full-length animated features with Snow White and the Seven Dwarfs in 1937. For that reason, the Mouse House is appropriately synonymous with animation. Yet was that film also the beginning of the studio's long history of sexism?

Disney often gets criticism for how its animated films portray women, supposedly in an archaic and anti-gender equality manner. That’s not to necessarily say that these animated films are inherently sexist, however, as one can view films through many different lenses. Disney/Pixar’s Brave sees its protagonist, Princess Merida, challenging social norms and her own supposed destiny to live the life she wants to lead. With that film hitting theaters on Friday, we now look at some of Disney’s previous female-led adventures to see if Brave features another strong Disney heroine or makes up for years of questionable portrayals. 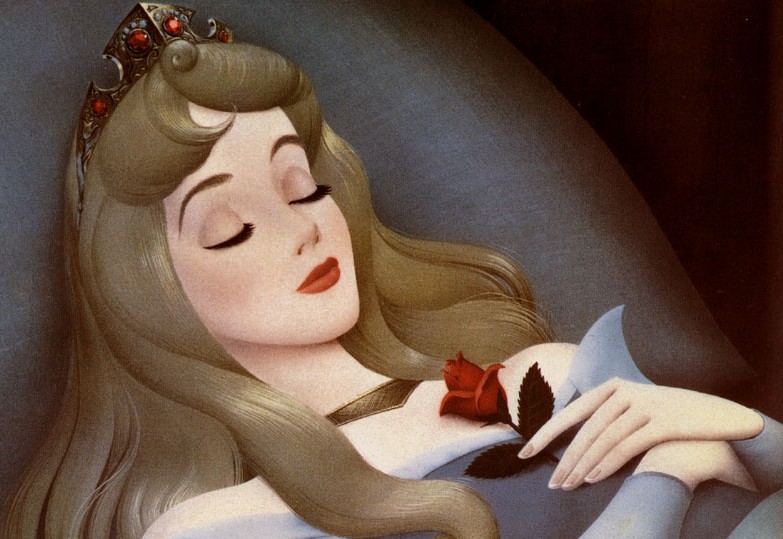 In this 1959 classic, the evil fairy Maleficent, who’ll be getting her own film soon, condemns Princess Aurora to a death on her 16th birthday by way of pricking her finger on a spindle. The three fairies Flora, Fauna, and Merryweather, however, provide a loophole by turning this supposed death into sleep and giving love’s first kiss the power to break the slumber. With permission from the king and queen, they take her to a cottage in the forest and raise her as their own. However, a curse is a curse, and Aurora fulfills her place in the prophecy.

Sounds like your standard fairy tale, but when examining its elements, there’s also something really unfortunate about gender in this tale. In the most extreme fashions, women are portrayed as passive protagonists (Princess Aurora) or aggressive antagonists (Maleficent). What’s more, Flora, Fauna, and Merryweather cause their own plan to backfire, and it’s a man – the dashing Prince Phillip – who must right their wrong and save the day.

With detailed scenery and a lovely soundtrack, Sleeping Beauty is a nearly insurmountable achievement in the art of hand-drawn animation and easily one of the most visually gorgeous films ever made. However, when solely noting the film’s gender politics, they leave a bitter taste in your mouth. 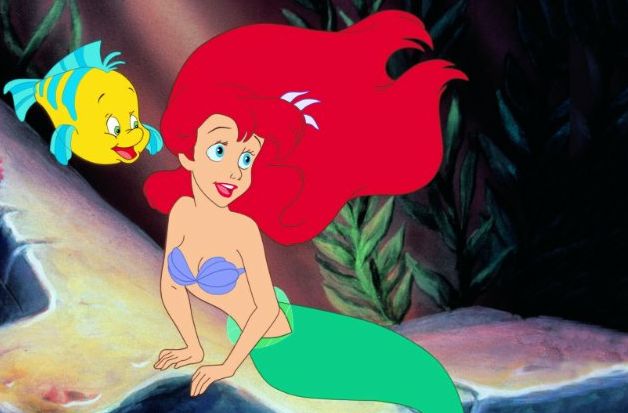 The Little Mermaid marked the first time that legendary songwriting team Howard Ashman and Alan Menken worked with Disney, making for some of the bounciest, catchiest, and lyrically whip-smart film music ever, and the film won two Academy Awards for its music. It also ushered in the Disney Renaissance, a period in which the Mouse House was on top of the world.

The film’s titular lead, Ariel, wants to experience the life of a human, and while this viewer wished to save her the trouble by telling her that humanity isn’t that great, that obviously wasn’t an option. Thankfully, she’s the first Disney Princess whose ultimate goal in life isn’t matrimony. Snow White sings of how “Some Day Her Prince Will Come,” and Princess Aurora belted about her imaginary love in “Once Upon a Dream,” but Ariel musically wishes to be human in “Part of Your World.”

However, the gender politics in this film are still somewhat troublesome. Ariel’s father is the strict King Triton, who constantly keeps her out of harm’s way. As it is with many other Disney tales, there’s no mother, but the sea witch Ursula – the film’s villain – oddly serves as the closest thing to one. When Ariel falls in love with Prince Eric at first sight – probably the only worrisome thing about our protagonist – Ursula leads Ariel astray, and at the end of it all, it’s up to the prince to save the day. Some progress was clearly made with the protagonist, but Disney still didn’t turn in an ideal feature in regards to gender. 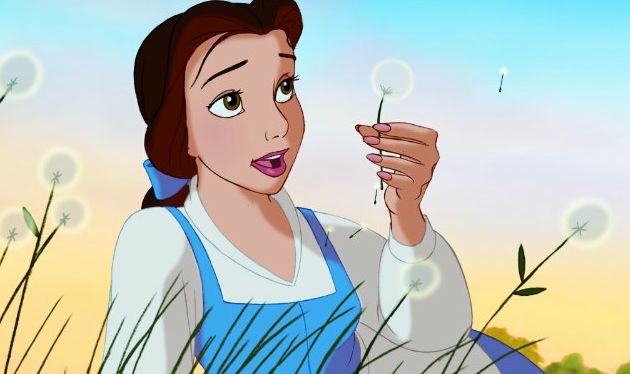 In our  “Seven Movie Universes We Want to See Expanded” feature from last week, I mentioned that I grew up with this 1991 Disney classic and that it’s still a personal favorite. As much as I love paying attention to the Oscars, my love for the film has nothing to do with that. Although it’s a nice way to buttress my favor for it over The Lion King – still a brilliant film, by the way – for me, it’s all about its enchanting story.

Marrying the externally beautiful yet internally vile brute Gaston seems like Belle’s best option for a safe and comfortable life. However, she seeks adventure and isn’t one to settle for second best – or someone worse than that, like Gaston. When her father goes missing, she finds him as a prisoner of the Beast in his castle, and she agrees to take his place. First impressions certainly weren’t the best, but Belle and the Beast – spoiler alert – fall in love.

Screenwriter Linda Woolverton said that there was a clear effort to make this film far more pro-woman than anything that Disney had done before, and it’s easy to see that effort in play. Like Ariel before her, Belle’s main plight in life isn’t marriage. Unlike Ariel – and other previous Disney Princesses, for that matter – she feels like a stranger in her own town and isn’t interested in walking down the aisle for a man based on his appearance. Finally and perhaps most notably, it is the princess who saves the prince in this tale, showing us a more modern and in-touch studio. 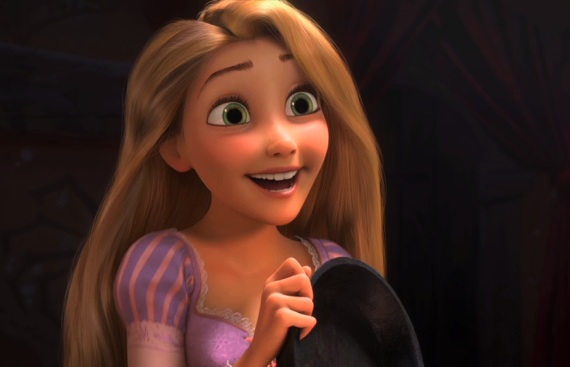 Tangled, Disney’s most recent princess film, had a production budget of $260 million. Most of that was due to the six years it spent in production, but there was still great reason for the Mouse House to worry when it hit theaters in 2010. However, the film was a surprisingly huge hit, making more than double its budget across the globe. It also earned two Golden Globe bids and an Academy Award nomination.

Tangled tackles the story of Princess Rapunzel, whose long hair can reverse aging and heal wounds. She’s kidnapped at birth and kept in a tower by Mother Gothel, but as her 18th birthday draws near, Rapunzel tricks Mother Gothel and sneaks out of the tower. Along with the infamous thief Flynn Rider and the chameleon Pascal, she sets off to achieve her dream of seeing the annual floating lantern ceremony in person.

Mother Gothel presents a very negative portrayal of womanhood, but she is the villain, after all. She deceives Rapunzel with lies for her entire life, lies that she should look in the mirror when telling. Our protagonist, on the other hand, is the first Disney Princess to actively engage in combat alongside the love interest, Flynn Rider. She saves both of their lives on multiple occasions and through her adventures, she obliterates the naïveté with which Mother Gothel has instilled her for her entire life. Though the film probably doesn’t serve as an overly positive portrayal of women, it’s arguably Disney’s most balanced interpretation of gender. 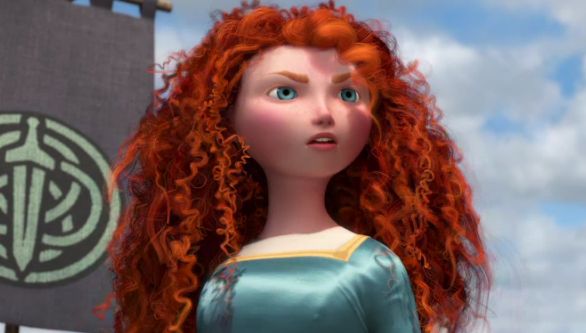 So, is Disney a patriarchy-loving studio insensitive to women's rights issues, or is the studio simply misunderstood? While the gender politics of some Mouse House films leave much to be desire, the same can be said for Hollywood in general. With that, we now look forward to what happens with Disney/Pixar’s Brave. Marketing clearly points to this adventure having a very anti-traditional and pro-women message, but as there are so many lenses through which one can view a film, we’ll have to wait and see if the film really is a brave step forward.