"I feel the need... the need for simply more"
By: Jeffrey Dy | PC Reviews - PS4 Reviews - Xbox One Reviews | November 5, 2015
EA's Need for Speed franchise took a year off for Ghost Games to go back to the drawing board to see what fans really want from the series. After focusing with the cops the past several games, a reboot back to the franchise's glory days was deservedly due. Those days were the Underground games, the first Most Wanted and Carbon back in the mid 2000s. The result is simply called Need for Speed from the car customization, cheesy FMV cutscenes & classic arcade style driving. While they nail those aspects exceptionally well, the rest of the game surrounding them is an unorganized mess. 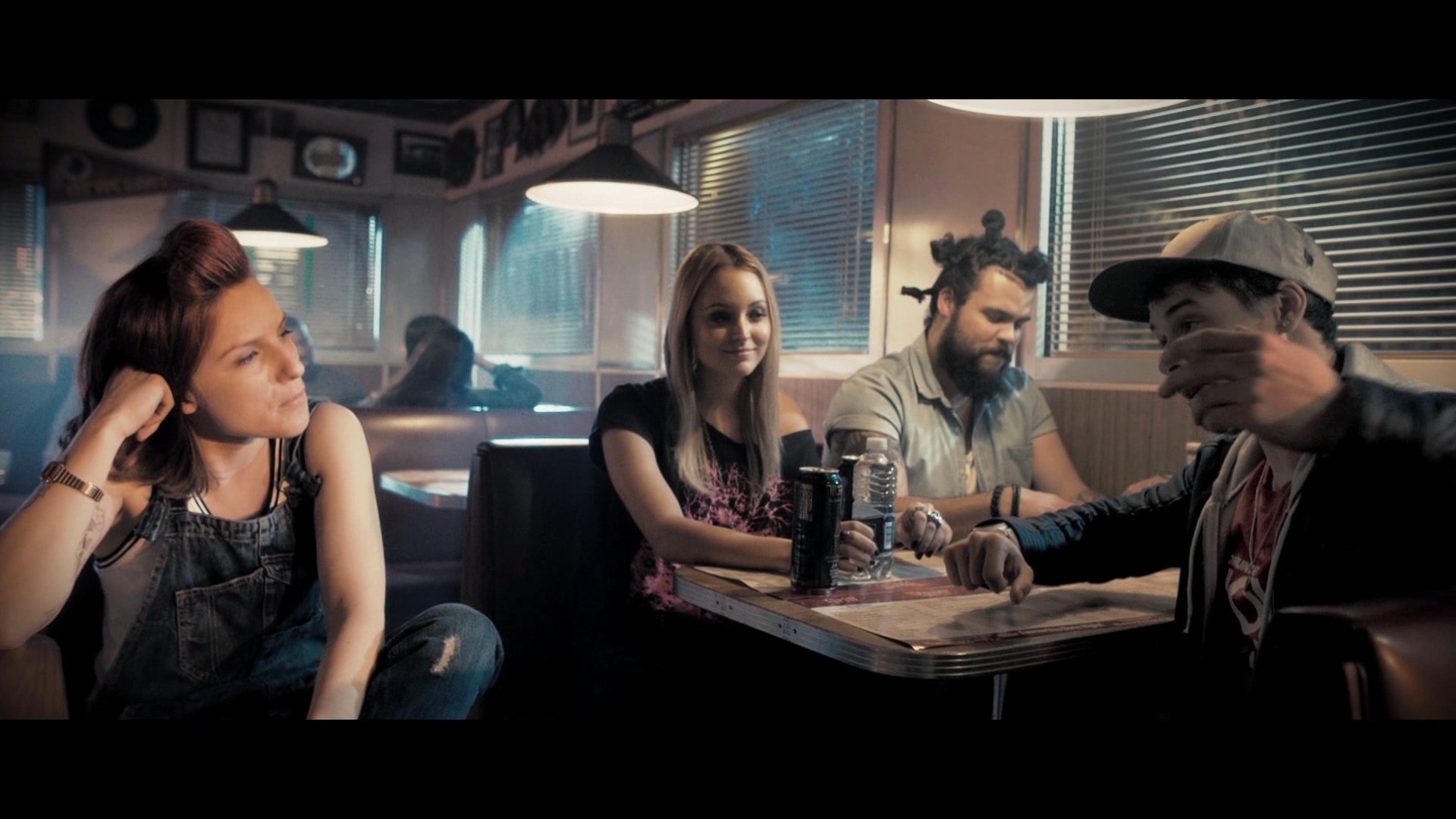 The story takes place at Ventura Bay where you're an unknown guy in the race scene meeting up with a crew that want to make some noise focusing on five separate disciplines, which is where the game's big gameplay pitch comes in. The first one is you'll run into is the douchey Spike, who really does feel the need for speed. Then there's Amy, who wants to build the perfect car. Robyn is all about wanting to drifting synchronously with her dream crew. Manu focuses on being a stylish racer. Lastly, there's an unknown "outlaw" that loves the thrill of running away from the cops. All five of them have real world idols they want to catch the attention of such as Ken Block from the style path because of his infamous Gymkhana videos. This Need for Speed reboot brings back the FMV cutscenes last seen in Undercover being as cheesy and bad as they have been back in those games, but in a good way. They different paint a picture of car culture from the way these actors speak, the numerous fist pumps, and drinking nothing but Monster energy drinks.
As mentioned earlier, Need for Speed's gameplay focuses on five aspects of car culture: speed, crew, build, style and outlaw. It's all about getting rep by scoring within the five disciplines similar to Forza Horizon 2's leveling up system. Combining all five of them in one combo is called the perfect moment, but usually you'll get it by accident than intentionally. The open world of Ventura Bay is full of races and drift events for players to complete to progress through the various paths. Speed and build are mostly sprint races and time trials. On the flipside, crew and style events focus mostly on drifting. There's different spins to drift events from drift trials, drift trains, touge and Gymkhana events, but they're not actually as different as you think when the goal is pretty much the same of just accumulating points. The opposing and crew AI however are not your best friend when they are jocking for position for their drifts especially in drift train events where you have maintain a close distance to your crew to score points. Instead, they're playing Burnout instead of wanting to mess up your drift taking you out. Speaking of opposing AI, the rubberbanding in certain races are also frustrating to deal with, which is still a big no-no in racing games.

The outlaw path is the more interesting of the five because of the tasks you have to do involving the cops. Sometimes you're tasked with accumulating a certain fine and then escaping or being pursued for at least five minutes. Unfortunately the police presence in this Need for Speed is disappointing. Sure, they're not the main focus compared to past games, but the lack of more cops coming as reinforcements are rare even at higher heat levels. The mechanics work similarly to previous entries of the series where there's a cooldown period of you escaped them and avoiding them during that time ends the pursuit. Usually I have to let the cop catch up just to complete certain outlaw missions and that drags this element of the game down. Roadblocks and spike strips also appear in the higher heat levels, but they're also rare to be seen. I only gotten busted by the police a couple times, so it's too easy to escape them whenever a pursuit happens.
These five paths can be tackled in any order and often the result is unorganized cutscenes. All the characters would be hanging out at one spot and they'll usually say that they got other stuff going on in voice messages or texts. Then you'll see them all at another spot ignoring whatever they said in their last message. The lack of event variety also hampers the overall experience. The drift events as mentioned earlier are not different enough, including the Gymkhana events that don't live up to their real life potential. After beating about 80 events, which takes around sixteen hours, the game abruptly ends even though there's collectables scattered throughout the city from spots to donut and vistas to explore. As the credits rolled, I felt this game still needed more because once you 100% everything in Ventura Bay, there's a lack of replay value besides daily challenges to beat. 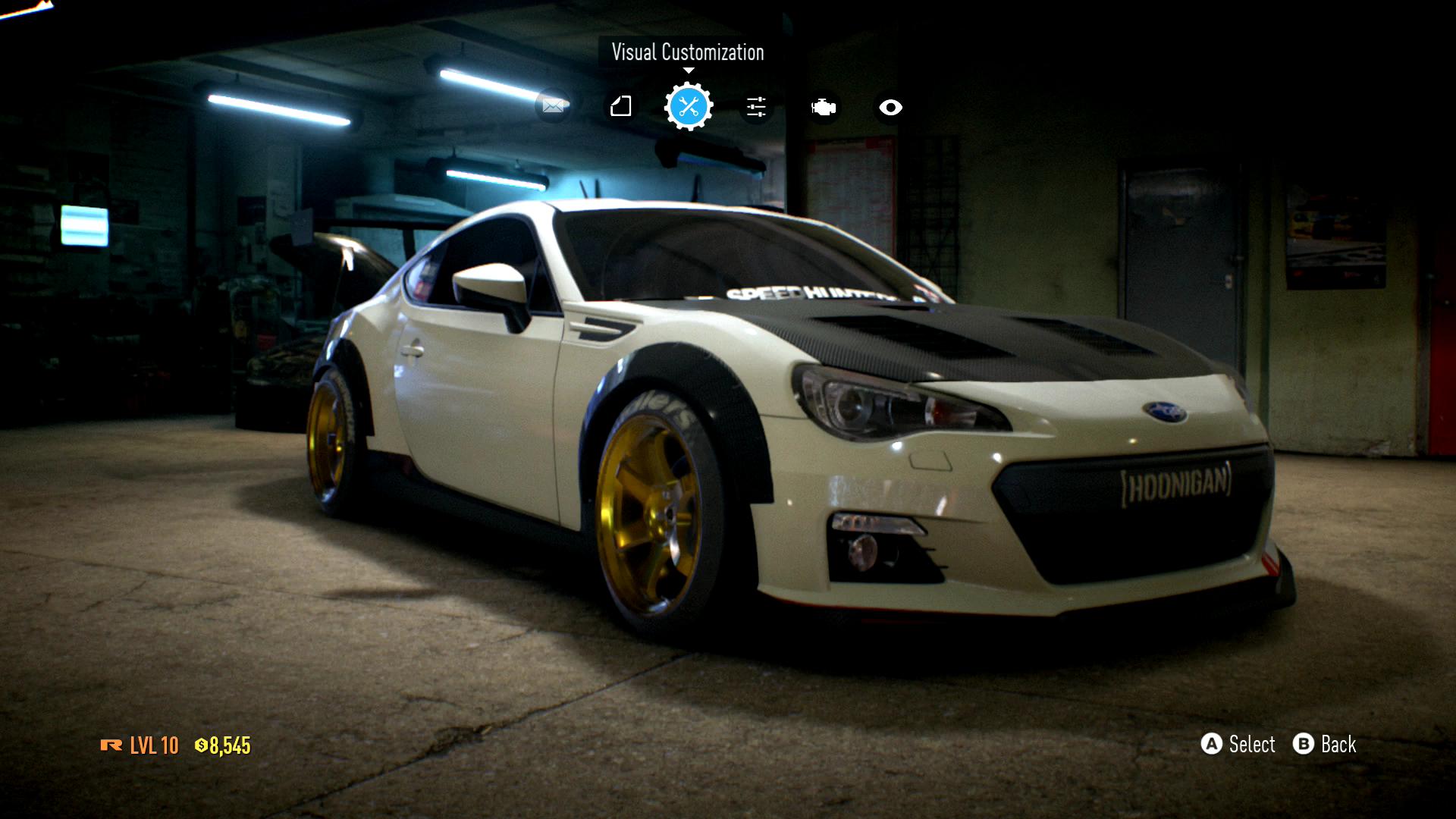 The car customization from the Underground games is back both from the visual and performance aspects. Cars can be painted and be full of decals, but certain parts can't be customized until you're at a higher rep level. On the performance end, parts can be upgraded once you have enough money and at a high level as well. The best part of the customization is the drift/grip slider you can have a car that is you can drift Burnout style if you want to, which is useful for drift focused events, or prefer a grip focus on certain races. Messing around with those sliders makes the handling feel like the Need for Speed you know and love throughout the years. Out of the cars you can drive in this game, most of you seen in tuner culture and can be fully customizable from Skylines, Lancers and the NSX. There's also exotic cars such as Lamborghinis, Ferarris and Porsches you can buy as well, but the visual customization with them is more limited compared to the cheaper cars.
Need for Speed's biggest flaw is how this game is handled online. This reboot requires an always online connection similar to Rivals and that also means no pausing at all. No pausing becomes a hassle whenever you're in the middle of an event and something comes up requiring your attention. Also, servers going down during an event can be frustrating, but there's at least a play alone option. There are other players also within the open world and running into another person whenever you're in an event becomes a train wreck especially if they're also in one too. Setting up multiplayer races is also a pain to the point there's none at all. Basically you have to be near a real person's car to challenge them to a spontaneous race or drift contest and also AI cars. The other option is to crew up with other players and hope they join up in any of the 80 events, but they're likely busy progressing through the story or whatever else. I don't know why Ghost Games still needs to make a complicated system organizing multiplayer sessions for the sake of trying something different, but usually a simple lobby or hoppers is the better route to do with and easier to understand. Even something similar to Forza Horizon 2's meet up system would make sense for this game. 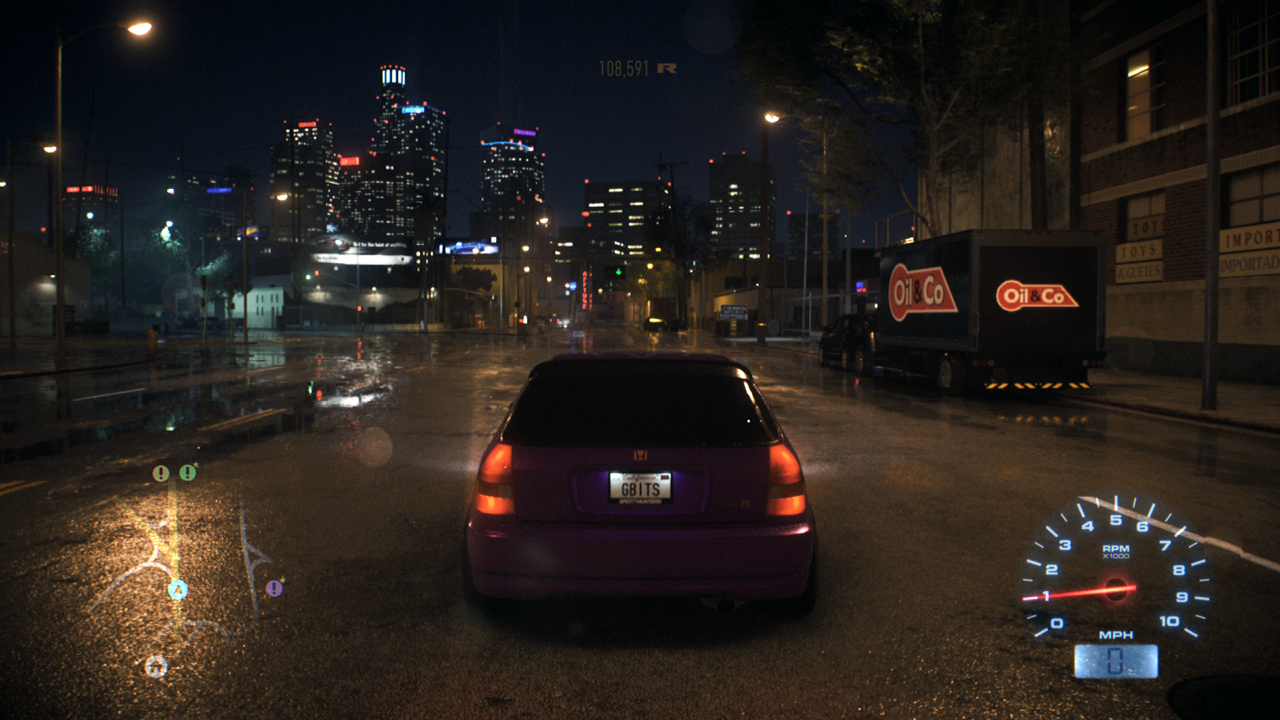 The open world of Ventura Bay looks great on both current consoles. While the Playstation 4 version, the one I played, performs fine running consistently at 30 frames per second, the Xbox One version does surprisingly have stuttering issues. The PC version is not out till early next year and that will likely have better performance and framerate. While the game takes place mostly at night with lots of wet spots, there's also glimpses of dusk and dawn at specific locales, but the time and weather changes don't happen as dynamically as other open world games. The change just pops in and out which is weird for this game. The soundtrack is fine with an EDM-heavy tracklist, but there's also some rock mixed in. Certain songs only get played when you're in the garage customizing or selecting cars while the other ones are played while in gameplay. The acting in the FMV cutscenes is bad and cheesy as expected, but that's part of the charm Need for Speed games do bring. The numerous phone calls and texts from the characters do get annoying and distracting especially while you're in an event or cop chase.
EA and Ghost Games hit the right notes with this Need for Speed reboot out of the gate with the FMV scenes, car customization and how the cars themselves drive in the streets. As I kept playing however till I reached the end of the story, the numerous flaws and how unorganized this game is structured became more apparent. The opposing AI can be frustrating to deal with in the drift events and the rubberbanding becomes a bigger issue in the later races. The always online aspect is the big one personally because it didn't work in Rivals and the same is the case here. Multiplayer is pretty hidden and complicated to set up with other players in Ventura Bay. I still question Ghost Games' design decisions when it comes to that and wished they implemented a simpler system for multiplayer. The technical issues are more of a big deal on Xbox One compared to Playstation 4, so hopefully that's ironed out in a future patch. Need for Speed is a decent arcade racer based on the driving mechanics alone, but there's better racers on these current consoles that offer a similar and better arcadey experience than dealing with this reboot's major issues.
Rating
6.0
Pros