It only took a couple of days for 20th Century Fox TV to find a prospective home for its sci-fi series Terra Nova, cancelled by Fox Network on Monday. Deadline Hollywood reports that Netflix is in preliminary talks with the producing studio to rescue the show from the abyss of cancellation.

Provided the production cost is not too high, the deal would arguably make sense for the video streaming giant, considering that Terra Nova's respectable ratings looked much better when DVR viewings (Nielsen's live+7) were factored in. Although high DVR viewings wouldn't necessarily be a deciding factor for Netflix, in a skewed logic, those figures might be used to stress that the show lends itself to delayed/on-demand viewing, which is at the core of Netflix's business model.

Unfortunately for proponents of the argument, there is still the fact that those DVR viewers would have to be motivated enough to follow the show to its new home. And, although Netflix has recently rescued another show from 20th Century Fox (Arrested Development), TVByTheNumbers' Robert Seidman righly points out that the series was already being streamed by the video giant, so Netflix was well aware of the show's potential, not to mention that Arrested Development is only a handful of episodes away from viable strip syndication. 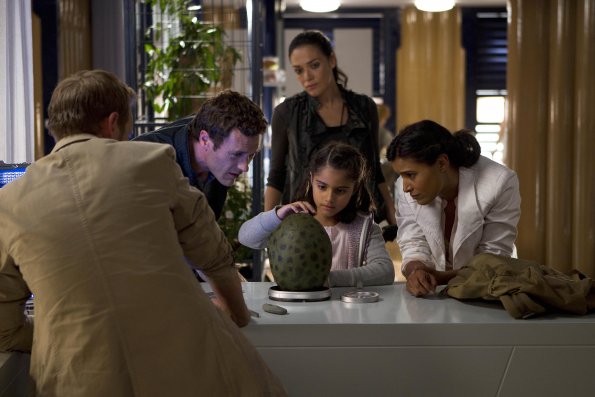