I am going to be brutally honest; I have never cared for the Ninja Gaiden games but I still appreciate them regardless.

Yes Ninjas are awesome and a challenging game will often times be more engaging and satisfying than your every day cake-walk hand-holding title.  I completely agree that there is and should indeed be an audience for games that go out of their way to demand a specific set of rules and design limitations whether intentional or not that force a certain play style on players.  There have been some, not many, but some games that I have definitely enjoyed substantially because they were made in this manner (such as the Lost Planet titles) and like is always the case with these there is going to be a group of people that love them and unfortunately but understandably a much larger group who do not.

Ninja Gaidens 1 and 2 were such games, but 3 seems to have an entirely different audience in its sights. You only need look at a few minutes of gameplay to see that Team Ninja seek to sell the latest entry in the series to more people.   The question is will such an ideal force the latest Ryu Hayabusa adventure to simply not appeal at all to long-time fans of these worthily regarded “hardcore” games because you need only ask on any internet forum to get an idea that quite a few are pretty put off by what is often cynically referred to as; dumbing down and simplification or as they put it; “appealing to dirty casuals” and so on.  To say there is an air of arrogance to gamers who want brutally punishing games would be a nice way of putting it but rather than focus on the audience in question it is probably better to figure out what exactly Ninja Gaiden 3 will be before we all jump to conclusions just yet. Even at this point after watching plenty of playthroughs and reading other peoples discussions of their experience with it so far I still don’t have a solid view of whether I will know what this game is until I finally get to play it. 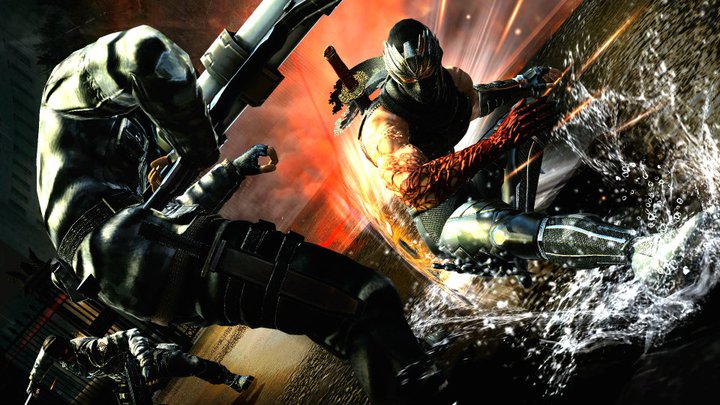 At first glance if you’ve seen Ninja Gaiden 3 in action it seems to play very similarly to the previous titles with Ryu dodging his way around dopey but hard hitting enemies as he slices and dices them to pieces.  At least he would be in the previous games but for some reason the hyper-violent dismembering made especially famous in Ninja Gaiden 2 is absent here.  As stated I’m not a fan but this already seems like a bad decision choice in being true to the series, but being an optimist right now I’ll assume technical reasons are to blame more so than what many would presume; less violence to get a lower rating and thus be able to sell to younger players.

Where Ninja Gaiden 3 has taken its biggest and sharpest turn is the overall design of how combat flows and progresses, while Ryu’s core move-set is quite the same many times he gains the ability to go in to a quick-time mode when fighting any enemy and performs a harder hitting special move.  In other words what was probably the result of a combo button press previously has become a single button on screen prompt.  Ryu’s magic as well seems to be more frequently available although this was perhaps something specific to demo builds of the game that were given to press outlets. It is more likely that the developer chose to give players the ability to fire off these abilities more often to give them a way of countering a situation they otherwise feel they are incapable of handling.   Assuming you are fan reading this those last few game elements are probably two of the biggest things making you want to rage online about how this game is an affront to everything you love about Ninja Gaiden. But playing devil’s advocate let’s just pretend for now that there are very legitimate reasons quick time moves have been added and screen-clearing magic is more freely usable.   Maybe a more diverse set of difficulties is available in Ninja Gaiden 3 and the lower end allows these things to be more available and a higher yet-shown difficulty will be included for the veteran fans.  You would think Team Ninja would be going out of their way to comment on this possibility one way or another but they have not. 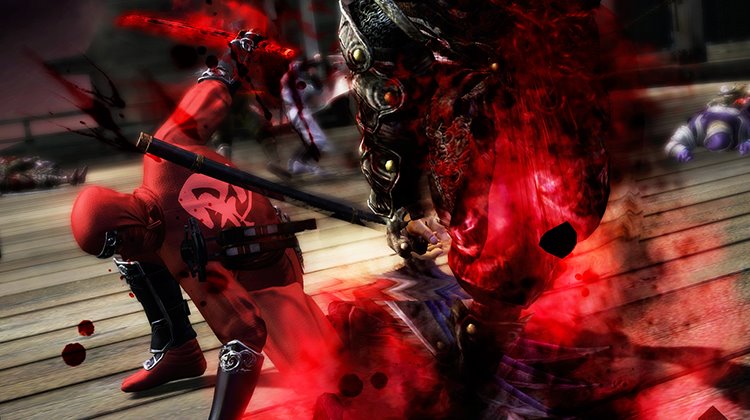 Since they haven’t it is most likely that there isn’t a huge difference between the games difficulty settings gameplay wise and that whether or not you play on easy or hard quick time events and frequently available magic are what the game is featuring.   As someone who is viewing the series from a distance all I can really say is wait and see, at least try to see where the developer is taking the new game positively first before getting angry.   I’ve always said to my friends to not judge a game entirely on early videos because a lot can change between those and the actual product on store shelves but more to the point until you play it yourself you won’t truly know whether you would have liked it or not.   There are a number of games I would be worried about getting huge design changes to their established formulas but at the same time I always want new experiences and nothing is less interesting to me than a game that feels exactly the same as one I’ve already played.

Ninja Gaiden 3 could end up getting no audience at all if it ultimately has zero appeal for old fans and potential new ones are still put off by its legacy of high challenge.  I for one am at least curious enough to want to play it to see if it is a fun game in of itself.  Also I just really want to know what is up with Ryu’s new veiny demon arm.