With a strong opening weekend for horror revamp Evil Dead, a solid showing for Jurassic Park 3D and slim slides from nearly every holdover, the weekend’s box office was revitalized as we inch closer to the blockbuster season.

Despite no 3D and an original fanbase 30 years removed, slick marketing and solid reviews for a horror flick, propelled the gruesome retelling Evil Dead to a number one debut of $25.8 million and $30.3 million worldwide.

That start makes Evil Dead the second-best horror opening of the year, beating out Chainsaw 3D ($21.7 million) though still coming in behind the blazing start of Mama ($28.5 million). Still, on a budget of just $17 million, this is already a tidy success for Sony.

Holding up very well for an essentially-panned blockbuster, G.I. Joe: Retaliation fell by less than a half and added $20.8 million for an early cume of $86.4 million. With $231.6 million already amassed globally, the Hasbro sequel is set to finish well north of $400 million, significantly more than its higher-budgeted predecessor. 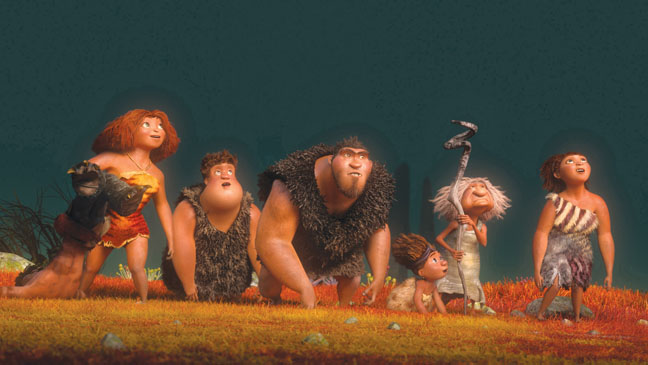 DreamWorks’ The Croods also held up very well in its third outing, dipping by only 22 percent for a strong tally of $125.4 million. Once again the internationally gross is even more impressive with the prehistoric toon currently sitting on $330 million globally.

The sole other wide release this weekend was Steven Spielberg’s 3D re-release of Jurassic Park which stomped away with a strong $18.6 million which is a little behind The Phantom Menace 3D but a little more than the three-day start of Titanic 3D. Considering the film’s age and the minute $10 million conversion budget, it’s a success all round.

On the limited release circuit, Danny Boyle’s Trance opened will in four theaters, averaging $32,786 and $131,145 on the weekend ahead of its expansion next week. Robert Redford’s The Company You Keep was also solid in 5 locations with a haul just above that of Trance.

Next weekend, the once-popular spoof genre returns with its biggest franchise in the form of Scary Movie V in over 3,000 theaters and is accompanied by the Jackie Robinson baseball biopic 42 in 2,900.