Now Playing: Rise of the Guardians, Life of Pi, Red Dawn and More

It's Turkey Day in America, and if you aren't watching football or eating leftovers all weekend, you have some decent choices at the multiplex (and even better ones if you're in New York or Los Angeles): 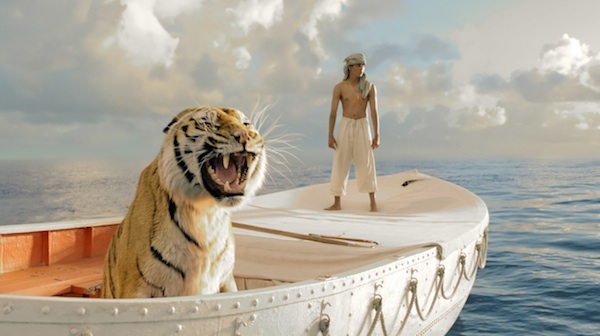 What's It About? Pi Patel's parents operate a zoo in Mumbai. When they decide to emigrate to Canada, the family and a host of animals board a ship that eventually sinks, forcing Pi to befriend a very strong and very hungry Bengal tiger named Richard Parker.

Early Reaction: The opening night film of the New York Film Festival, Life of Pi stunned critics and immediately shot to the top of many Oscar prognosticators' Best Picture lists. Since then, the response has been a little more muted, but Life of Pi remains in the thick of the hunt.

What to Watch for: Is director Ang Lee more comfortable around special effects than he was in 2003 when he made Hulk? And what about Suraj Sharma? This rookie actor is alone on screen with a CGI tiger for a huge portion of the film. Is he up to the task?

Rise of the Guardians

What's It About? In this animated yarn, a demon named Pitch wants to turn dreams children's dreams into nightmares. So Jack Frost reluctantly teams up with the Avengers-like crime-fighting team of Santa Claus, the Easter Bunny, the Tooth Fairy, and others to stop him

Early Reaction: Most agree this is better-than-average DreamWorks. It might not be on par with something like How to Train Your Dragon, but it's fun and a lot better than another Madagascar or Shrek sequel.

What to Watch for: How much does this film try to emulate The Avengers? How weird is it that Santa is tatted up and voiced with a Russian accent by Alec Baldwin? 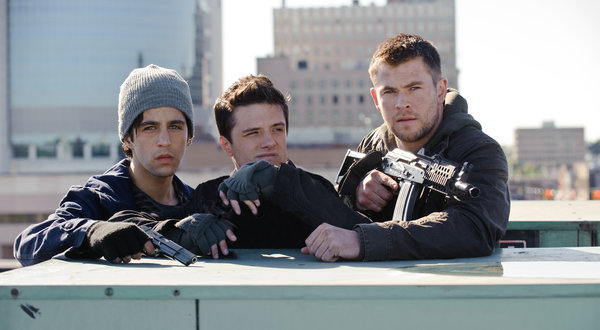 What's It About? Two brothers living in Washington state awaken one morning to quite a start: their town is under attack. It turns out to be a North Korean invasion, so along with some friends, they hide out in the wilderness and start to plan a counterattack.

Early Reaction: A remake of a 1984 cult classic, Red Dawn 2012 is, by most accounts, a dreadful film. The original wasn't particularly well-reviewed; this one sounds comically bad.

What to Watch for: Chris Hemsworth and Josh Hutcherson starred in two of the year's biggest films (The Avengers and The Hunger Games, respectively). Can they capitalize on the momentum? 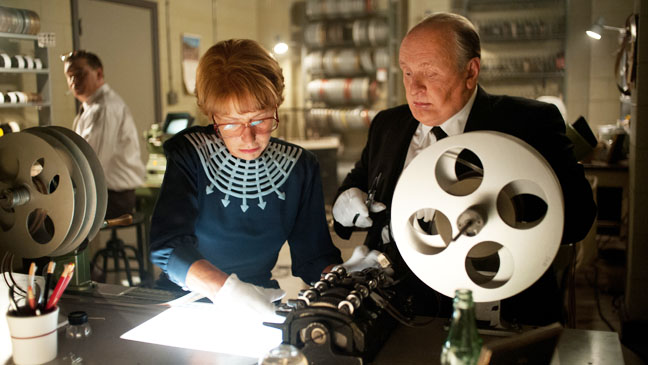 Hitchcock (Friday) — Anthony Hopkins plays the Master of Suspense in this film from director Sacha Gervasi which tells the story of the making of Psycho. (Metacritic: 64/100, Rotten Tomatoes: 71%) — Fox Searchlight

Rust and Bone (Friday) — From A Prophet director Jacques Audiard comes this tale of a killer whale trainer (Marion Cotillard) and a fighter (Matthais Schoenaerts) who find each other in moments of desperation. It premiered at Cannes to very strong reviews. Cotillard has an outside shot at a Best Actress nomination. (Metacritic: 67/100, Rotten Tomatoes: 83%) — Sony Pictures Classics

The Central Park Five (Friday)— Ken Burns co-directs this documentary with his daughter (Sarah Burns) and son-in-law (David McMahon). It tells the story of the infamous Central Park rape case in which five minority youths were falsely convicted in both the legal court and the court of public opinion. (Metacritic: 81/100, Rotten Tomatoes: 94%) — IFC Films