"If you are looking for some older shows to check out this summer, have I got a list for you!"
By: Jean Henegan | TV Features | July 2, 2015
Last week, I offered a list of new shows that were worth checking out this summer. This week, I'll be offering up several older shows that warrant a look if you haven't had the chance to check them out over the years. There are, naturally, a whole host of shows that are worth a look, so to whittle down the list to a manageable number, I imposed a few rules. First, the series has to have been off the air for at least five years. That means no Breaking Bad or Parks and Recreaction, because they are still too ingrained in the popular consciousness. Second, the show must have ended. That means it aired a final episode and isn't coming back from the dead in film form or for a limited run series. So, no X-Files or Twin Peaks (although I highly recommend everyone watch Twin Peaks in preparation for next year's return). Finally, the series must be streamable from some source- Netflix, Amazon, or Hulu (sorry Battlestar Galactica). There are a lot of wonderful shows that aren't on a streaming service, but in the interest of easy access for summer watching, we'll stick to shows currently available online.

The Wire, Amazon or HBOGo 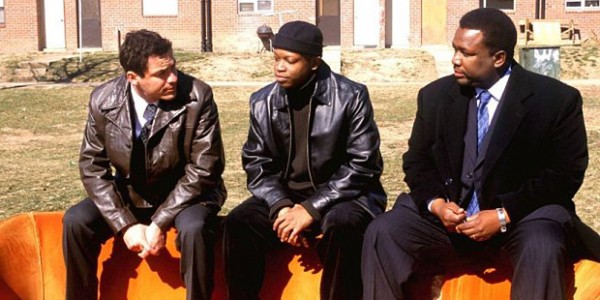 The Wire is unlike any show I have ever seen on television. It's moving, dark, funny, and heartbreaking. Its characters are some of the most complex you will ever find. The cast, largely unknown when the series launched back in 2002, have gone on to star in some of the most popular shows on TV (three cast members have appeared in major arcs on The Walking Dead alone). But it's the five season story exploring the ins and outs of Baltimore that is what makes The Wire something special. Each season dives deep into a particular arena of Baltimore: season one is the street gang drug trade, season two is the docks, season three is the city government, four is the schools (widely considered the best of the five seasons, a statement I agree with wholeheartedly), and five wraps things up with the press.

Characters wind in and out of the storylines and seasons. Don't worry when some of your favorite characters are missing for episodes at a time- they will resurface and their stories will continue. The Wire tackles difficult subjects- race, poverty, corruption- and doesn't offer solutions. Rather, the show exposes the raw nerves that flow through a modern American city and challenges the viewer to understand that there are no easy answers. It's a difficult journey to take, but once you have watched The Wire, you will understand how much impact a single television series can have on the world around you. 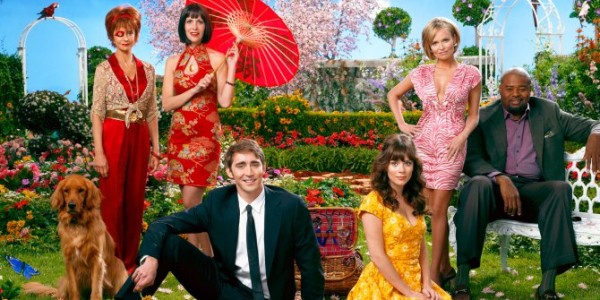 The entire Bryan Fuller catalog of amazing shows should be required television viewing (Dead Like Me, Wonderfalls, and the currently airing Hannibal rounding out the list). But, if I had to pick just one of Fuller's inventive and beautiful shows, I always recommend Pushing Daisies. It tells the story of a pie maker, Ned, who realizes that he has the ability to bring someone back from the dead with one touch. However, if the person is alive for longer than one minute, someone else must die in their place. Oh, and if Ned touches the person one more time, they die again for good. So, Ned uses his power to solve murders alongside his business partner Emerson. Things are going along smoothly until Ned finds out his childhood sweetheart Chuck has died under mysterious circumstances. Ned brings her back to life and can't bear to kill her once more. This sets of a chain reaction of whimsy and fun that lasts throughout the show's two short seasons. 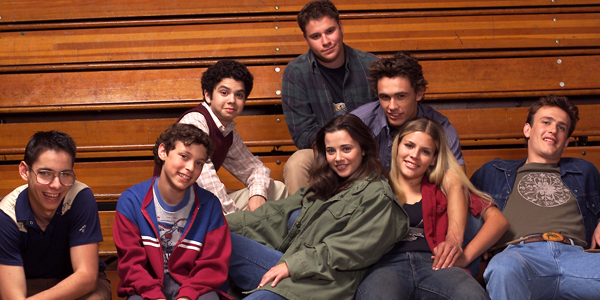 This is a show that defines the moniker "Gone too soon." Just take a look at the cast list: James Franco, Seth Rogen, Jason Segel, Busy Phillips, Linda Cardellini, Martin Starr, and John Francis Daly. The series, which was created by Paul Feig and produced by Judd Apatow, follows two groups of high schoolers (the older Freaks and the younger Geeks) during a single school year in 1980. It's a funny and refreshing look at the trials and tribulations of life as an outsider. And, as there are only 18 episodes (a television tragedy), you can get through the entire series pretty quickly. Lest you worry that its untimely cancellation means that the series doesn't have a clear end, worry not! By the time the series was on its final few episodes, Feig and Apatow knew the writing was on the wall, and the show's final episode works great as a series finale. 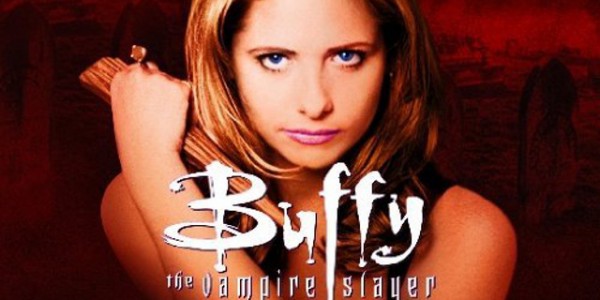 I feel like I could really recommend the entire Joss Whedon television repertoire here (yes, even Dollhouse, which did have some truly great highs in addition to its lows), but as with Bryan Fuller, I'm just going to select the best of the best. And Buffy is the best of the best. Are there some weak moments across the show's 144 episodes? Sure. Season four is weaker than most and there are some issues throughout season seven as well. And season one really shows its age from a CGI perspective. But Buffy really holds up. The themes (growing up and finding your place in the world while struggling with the myriad of dangers and pitfalls that exist) still resonate in 2015. 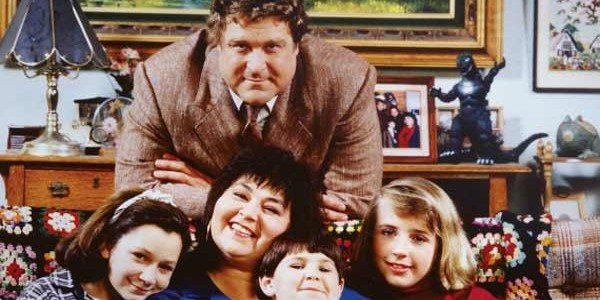 I remember not being allowed to watch Roseanne back when I was younger. I suppose my parents didn't think some of the humor was suitable for a young kid. And they were probably right (although, they did let me watch Golden Girls, which was far more adult than anything Roseanne ever did- not that my six year old mind understood most of those jokes either). So, when I came across the series in reruns during my teenage years, I finally got to see what I had been missing. Roseanne may be brash and in your face with some of its humor, but gosh is it funny. And, really, looking at today's lackluster comedy landscape as a whole, it's one of the best sitcoms of the last 30 years. 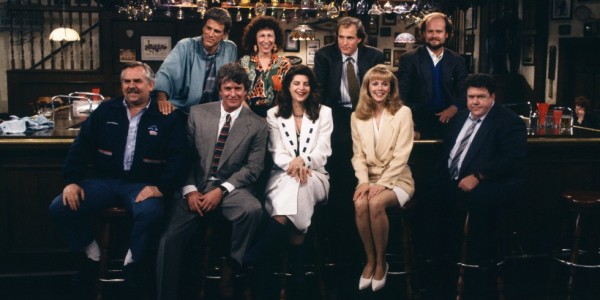 They really don't make comedies like they used to, do they? Cheers was one of the absolute greats- interesting characters, actual plots, superb casting. It had a bit of everything (heck, it even spawned Fraiser, one of the greatest comedies of the 1990s). But there was something calming about watching this particular set of friends (and they all were friends, even if most only saw each other when at the bar) grow and change together. It also boasts one of the all-time great television finales. Sure, the gang all went on to bigger and better things (who would have thought Woody Harrelson would become such a skilled dramatic actor?), but it's nice to know we can pop on over to Netflix and spend some time at a place where everyone knows your name. 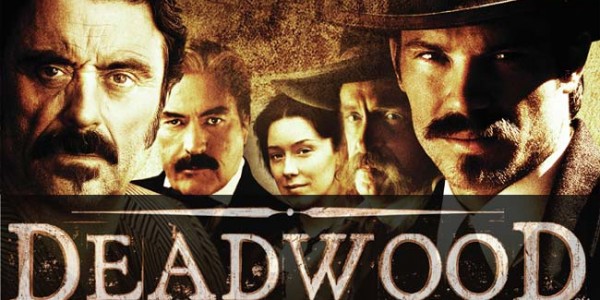 I debated putting Deadwood on this list, since I already have The Wire listed and I didn't want to overload it with HBO gems, but it really deserves a watch if you haven't seen it. Deadwood only lasted three seasons on HBO (its demise was the thing of legend, and is chronicled well in Alan Sepinwall's book "The Revolution was Televised"), but man, was it an amazing series. Sure, the third season veers a bit of the rails, but it is still one of the all-time greats. The series explores the founding of Deadwood, South Dakota, from its status as a territory to its inclusion as part of the United States. A number of historical characters dot the show's landscape, and each are imbued with depth beyond what we know from the the history books.

Deadwood has been a bit lost in the shuffle over the years, with other HBO dramas of the era overshadowing it, but David Milch had a vision with this show and he managed to successfully translate it into an excellent television series. When watching it, you'll notice a number of now familiar faces among the cast and guest stars (yes, that is Ron Swanson himself- Nick Offerman- naked and mustache-less in an early episode). The scripts may be peppered with vulgarities, but they also contain some of the richest dialogue this side of Shakespeare. The characters are rich and complex, and Ian McShane's Al Swearengen is worth the price of admission alone. I cannot say enough great things about this series. 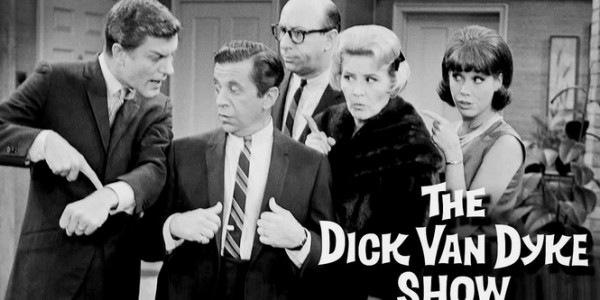 I remember sitting on the couch as a kid and watching this one on Nick at Night. The Dick van Dyke Show is the template for all family sitcoms of the present day (along with other old school classics like I Love Lucy). And you know what? 54 years after its premiere, the series is still fun and funny. The jokes are universal, the minor family dust-ups still resonate, and the workplace humor still works in today's world. These are some of the best comedic characters in television history, and some of the best comedic actors we've ever seen. If you want a trip back in time that will make you laugh, spend some time with the Petries and the gang writing the Alan Brady Show. You won't be disappointed.