Before she cemented herself as an Oscar frontrunner for The Help, Viola Davis already had two Tony Awards and a previous Oscar nomination to her name. With Hollywood now taking significant notice of her, she’s snagged a part in the highly anticipated adaptation of Ender’s Game.

Davis will star alongside Asa Butterfield and Harrison Ford in Gavin Hood's adaptation of the Orson Scott Card sci-fi novel. Variety reports she'll play a psychologist who develops resilience and skill tests for young military trainees and helps them maintain their emotional stability. 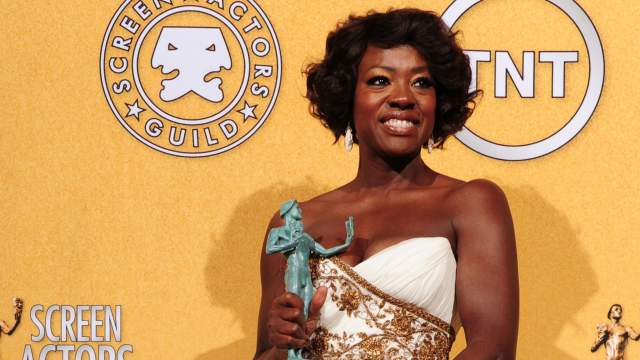 Davis will not be the only Oscar-nominated lady in the cast: previous (albeit much younger) nominees Abigail Breslin and Hailee Steinfeld will also co-star in the film. Ender's Game takes place on a futuristic Earth where humanity is engaged in war against an alien race. It comes out March 15, 2013.

Ender's Game isn’t the only project with which the two-time Oscar nominee—and likely winner—has aligned herself. Davis will also lend her talents to Richard LaGravenese’s Beautiful Creatures, playing a librarian who’s very protective of a boy who lost his mother. Additionally, she’ll work with Pariah director Dee Rees on an HBO project.

It’s quite exciting to see Hollywood finally take notice of Davis. Although she gave an incomparable performance in The Help, Hollywood so often assigns actors of color to race-specific roles; even worse is that such actors usually receive acclaim only for such portrayals. Davis can handle any role that comes her way, so here’s hoping that her upcoming turns in “Ender” and “Beautiful” will help break Hollywood’s handling of non-white actors.