‘Oz’ Has Great (and Powerful) Debut 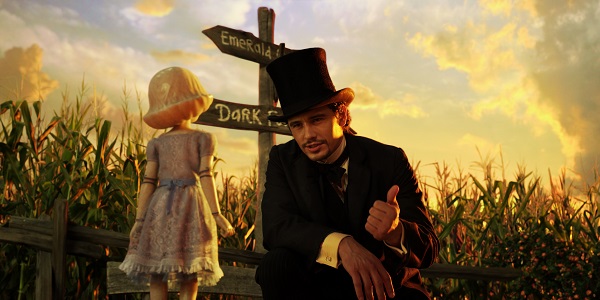 Proving to (easily) be 2013’s first blockbuster, Sam Raimi’s Oz The Great and Powerful soared to nearly $80 million on a weekend which saw few other performances of note.

Budgeted at a mammoth $215 million, the GCI-heavy Wizard of Oz prequel saw equally potent grosses, with $79.1 million domestically and an additional haul of $69.6 million internationally. Needless to say its $149.0 million global start is a strong one.

This debut was easily the biggest of the year (besting former title-holder Identity Thief) and is the third largest in the month of March behind similar title Alice in Wonderland and last year’s smash The Hunger Games.

Plummeting in the wake of Oz due to the new family competition was last week’s number one flick Jack the Giant Slayer, which managed only $9.8 million for a sad two-week tally of $43.6 million.

The sole other wide release of the weekend was Colin Farrell-starrer Dead Man Down which added to the string of R-rated actioniers with big name stars – Schwarzenegger, Stallone, Statham, Willis – to underperform or flop outright.

Next weekend two new hopefuls vie for some cash, though it would be ludicrous to think anything but Oz will reign atop once again. Leading the way is comedy The Incredible Burt Wonderstone with Jim Carrey and Steve Carrel which launches in 3,100 theaters followed distantly by thriller The Call starring .