The pilot season is moving ahead in full swing with casting underway for projects lucky enough to have received a pilot order. We have selected the week's casting news that might be of interest to you. 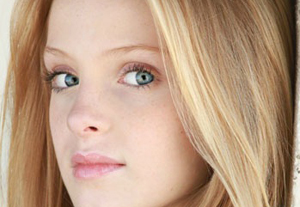 Fox's untitled Karyn Usher spy drama has found its lead. Newcomer Saxon Sharbino will play Jane Forsythe, the orphaned 14-year-old daughter of a CIA operative who encounters a mysterious rogue agent/assassin who serves as her surrogate father and professional mentor in the spy world. If the logline is any indication, the lead could make or break the pilot.

CBS's Elementary, the modern day take on the cases of Sherlock Holmes, has found its Watson. Lucy Liu will be Joan Watson, the now female companion of the famous British detective. Switching gender is not the only tweak to the British classic as our famous pair of investigators are relocated to modern-day New York City, Holmes fresh out of rehab and Watson trying to put her life together after losing her medical license.

Foreshadowing casting news
Margo Martindale has joined the cast of Counter Culture, ABC’s sitcom pilot about three aging sisters running their family diner together in West Texas. The Emmy winner currently stars in CBS's A Gifted Man which is considered by many as likely to be canceled.

Fan favorites casting news
Jay Ryan, who played the Terra Nova soldier who was banished for murdering a fellow member of the colony, will be the beast opposite Kristen Kreuk in Beauty and the Beast. This new project by The CW is a reboot of the CBS series of the late 1980s, not to be confused with the more fairy tale project under development by ABC. The CW's version centers on a New York homicide detective (Kreuk) who teams up with a military veteran turned into a beast by a failed experiment.