"Game Over or Game On?"
By: Steven Armstrong | Movie Reviews | July 30, 2015
"Oh, Adam Sandler". This seems to be the thought on everybody's mind every time a new movie is released with him headlining it. There is an assumption that there will be those Adam Sandler-y moments, you understand. The ones where he invariably ends up yelling his lines in an annoying fashion, the ones that ask for an eye-roll or an irritated sigh/groan at yet another flat joke. Those moments. Surprisingly, the aforementioned Adam Sandler-y moments are kept to a refreshing minimum, at least for Sandler himself. Josh Gad instead, gets the award for most irritating here. Before we see Josh Gad though, aliens have intercepted a video transmission of classic arcade games and misinterpret these games as Earth’s declaration of war and end up attacking the planet using the games as models. It will be up to President Will Cooper (Kevin James) and his childhood friend, video game champ Sam Brenner (Adam Sandler) to lead a team of arcade gaming experts (Josh Gad and Peter Dinklage) to thwart the alien threat. 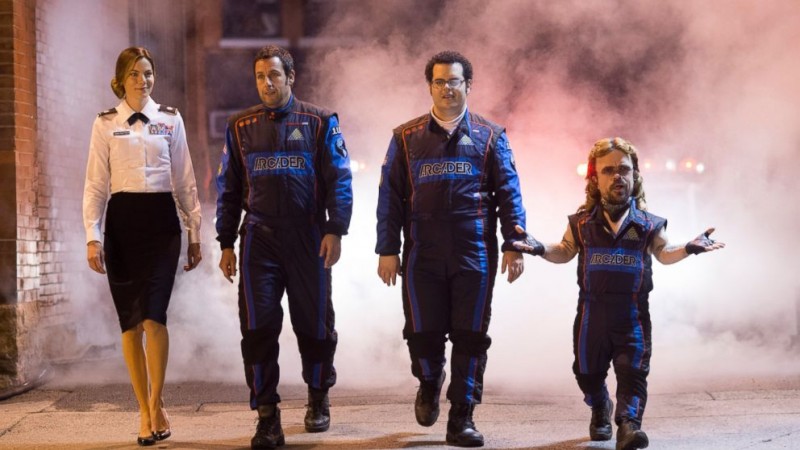 Firstly, this is no Scott Pilgrim vs. The World, which is still probably the coolest live-action film with more than a few traces of the classic video game culture infused. Nor is it even Wreck-It Ralph, which manages to include some tremendous heart for a movie about an arcade game character. That said, it does manage to provide a fun and entertaining experience, which at the bottom of the cereal box, is the point of a film like this, even if it does so in a way that is not terribly original. Pixels plays out a lot like Adam Sandler’s love-letter to the classic arcade games of old. If you have ever witnessed an interview where Adam Sandler is promoting the film, his passion for the arcade is apparent and it shows here in this film. For his part, Sandler keeps things light as always. Yes, there is the occasional joke he delivers that falls flat, but there are a few genuinely humorous beats he hits, which gives us a glimmer into the past, when Sandler seemed to hit those beats more often and more naturally. He is essentially playing a toned-down version of himself and it works well here. The plot of the film is big enough without him having to almost overact and present as a larger than life character. 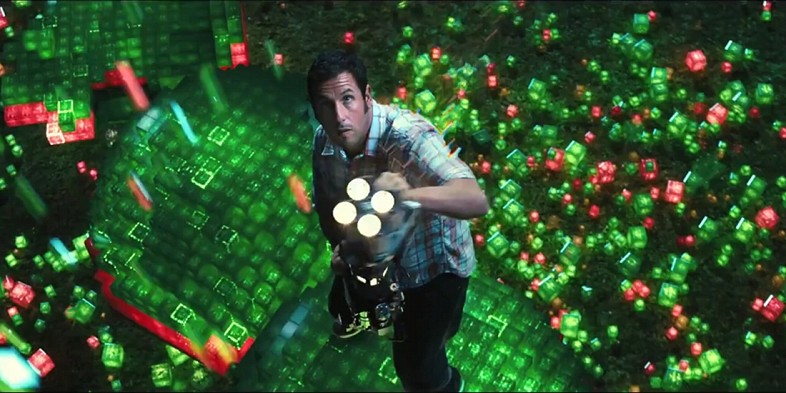 Josh Gad is someone else we see a fair amount of. Now, Gad is very funny. In fact, much of the film’s solid laughs come from scenes where Gad is present. Be that as it may, Gad’s Ludlow Lamonsoff is also the most annoying character in this film. A fun film about attacking arcade games can still be fun, even hilarious, without the screaming of an actor’s lines for an extended period of time, which can be a grating experience. Gad does this. The sort of antidote to Gad, would easily be Peter Dinklage’s The Fireblaster, Eddie Plant. It’s a real shame that he is not more prominent in the film because he steals nearly every scene he’s in. Michelle Monaghan is fine enough as the film’s only female role of any importance, but ultimately, she is in a thankless situation. Sure, she is a military weapons expert and she is given fair space to display this however, she is the love-interest, which is her true purpose. Disappointing, but not surprising to see here. 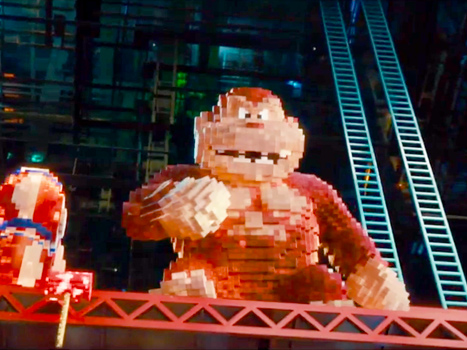 The other major star of this film of course is the special effects. An A+ for sure. The classic arcade games are brought to life with such richness and vibrancy that it manages to astound. Each of the big action set pieces are thrilling, with the exception of the first battle, which feels a little uneven and less threatening with people standing about during what some would call all out war with video games coming to attack the Earth. Nevertheless, one is in awe throughout the picture of how fantastically each game is brought to life. The verdict? For a good time at the movies that will not necessarily be super memorable, but could still be fun and catching the classic arcade characters on the big screen is a cool experience. "Game on, old friend," as Clu from Tron Legacy would say.
Rating
7.0
Pros