"Spiritual Successor to Roller Coaster Tycoon Revitalizes Management Genre"
By: Carson Yip | PC Reviews | December 4, 2016
Though initially skeptical, I find myself pleasantly surprised with Planet Coaster. It hails a return to what RollerCoaster Tycoon inspired in players many years ago.

Earlier Millennials might remember the first hit that kicked off the management genre's namesake, "Tycoon." It involved making profitable (and at times amusingly dystopian) theme parks. Although initially utilizing a 2D isometric perspective, the third installment of the series used a 3D game engine that, while allowing for deeper immersion, brought bugs and subsequently heavy criticism from fans of earlier series. No further installments of that game were developed until now. Frontier Games, the developer of RollerCoaSter Tycoon 3, demonstrates they possess the skills to make the most of modern rendering and game development to revive a classic. Planet Coaster comes with a bug-free, polished experience. Mixing environmental realism with stylized consumers, the game features an atmosphere that is both immersive and endearing. Old fans of RollerCoaster Tycoon will quickly pick up the classic employee types, research, and marketing mechanics featured in past installments. The developers also streamlined terrain modification and  the construction interface to make an intuitive learning experience for new players.

Planet Coaster boasts an intuitive UI[/caption] The bottom menu bar provides a wealth of neatly organized information easily accessible at a glance. Players can choose the shape and direction of their roller coasters, as the construction followers the cursor. The interface at the bottom of the screen allows for fine-tuning, such as track segment length and angling. For more difficult segments like loops, the game provides a plethora of shapes and designs to choose from. This allows players maximum customization to make the ideal roller coaster ride. Planet Coaster also gives the price for building each section of new on the right-hand side, and provides helper tools for completing difficult sections of the track. Besides creating rides, Planet Coaster also features other classic components of its predecessors, such as research and marketing programs to attract more visitors. Knowing how to draw in money and how to invest it for even greater profit margins is the key to success. [caption id="" align="alignnone" width="1600"]

Planet Coaster features freeform object placement[/caption] In the spirit of theme parks, Planet Coaster's contains a plethora of props for designers seeking a certain aesthetic. From pirates to the middle ages, the game covers a wide range of environments for players to use. Additionally, nearby roads automatically snap or build entry-ways to newly placed stalls and rides. Ride queues, however, must be paved separately. All things considered, both new players and veterans of the series will be able to enjoy much of the essential mechanics and features with pristine, modern-day graphics. Intuitive controls make Planet Coaster an accessible game for streamlined management. Players can familiarize themselves with the controls and get started within minutes. But beyond a revival of classic features, many of Planet Coaster's original additions compliment an already strong basis.

The Beauty of Immersion 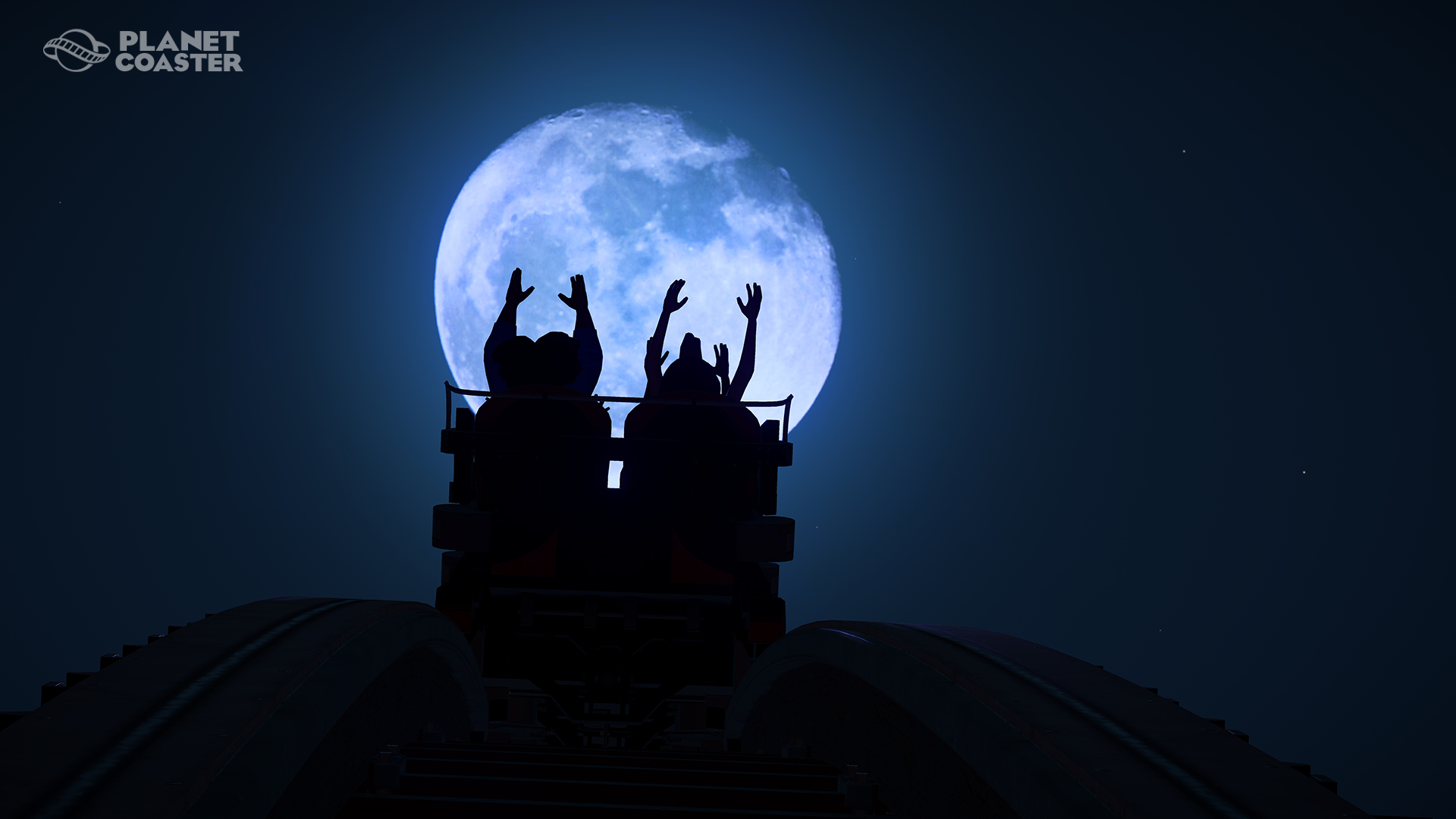 Planet Coaster features a day-night cycle and ride cameras.[/caption] Part of RollerCoaster Tycoon 3's features were ride cameras that allowed players to variously experience their own roller coasters. This makes a return in Planet Coaster, where players can view the progression of a ride from cinematic, seat, and interest perspectives.  This atmospheric feature is further supplemented by the day-night cycle the game features. The realistic lighting adds an additional layer of depth that players can factor into their theme park. Above all, Planet Coaster is a game that reflects the best of sandbox and management. Though at times difficult to optimize a park's revenue, Planet Coaster's main attraction is that it is fun. At it's heart, it is not about achieving peak efficiency or micromanagement. It's best elements come from creating a world that one finds fun in the development process. Though the game features career, challenge, and sandbox modes, I find the latter the most enjoyable of the three. This allows for unhindered exploration into making wild rides that I can watch from beginning to end. For added realism, players can try other modes to make efficient rides that are cheap, maximize excitement, and minimize intensity and nausea. My attempts usually fail, but the learning experience carries its own enjoyment. Ultimately, Planet Coaster propelled the successes of its predecessor, Roller Coaster Tycoon, into modern gaming.

Is it Worth Buying?

Admittedly, I'm looking at this game with rose-tinted glasses. Objectively, I know it is unwise to recommend a game based solely on its foundations. However, the developers knowingly tapped into that classic charm and preserved it while engineering a great deal of innovation. Planet Coaster feels less like a remastered release and more like a true spiritual successor. The use of modern lighting and 3D engines gives new life into managing theme parks, and Planet Coaster maximized these strengths. The only drawbacks I have stem from minor issues. Players seeking precise road placement may be frustrated at the mouse-centric controls. Planet Coaster also neglects to make tutorials interactive, instead relying on videos to explain key mechanics. The intuitiveness of the controls, however, minimize these issues. Overall, Planet Coaster boasts classic and original features that new and seasoned players alike will enjoy. Among various other attempts to revitalize the genre, Planet Coaster stands as the best shot towards a successful future.
Rating
8.0
Pros

Carson Yip
About / Bio
Throughout high school and college, I have aspired to write for videogames, and in the meantime, put to use my skills in analysis on the reception end of things.

Besides graphics-intensive shooters and AAA titles, I also have a vested interest in RTS and RPGs. Story and how it impacts gameplay are the two biggest measures of a game's worth to me. The rest are details.