As far as Wednesdays go, this Wednesday will be a pretty big one for the USA network. To celebrate the 100th episode of the crime comedy-drama "Psych," get to vote on which one of three endings will air on the show's murder mystery.

This unorthodox approach to television is a part of USA's two-year experiment at marketing the show almost exclusively to its already dedicated fan base, mostly using social media platforms like Facebook and Twitter. And with the show approaching its 100th episode (a pretty big feat as far as a series goes), it looks like those tactics are working. 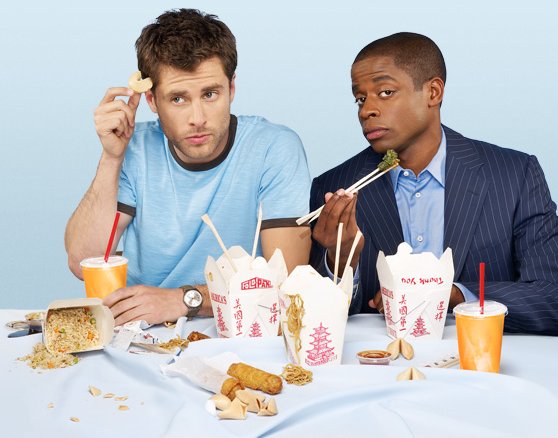 The show's two lead characters, Shawn and Gus, are in the midst of solving yet another crime (this time it seems like it’s a murder) in Wednesday’s episode. Fans are given a choice of three suspects involved in the case. All three potential endings have already been filmed, ready for the final vote to choose the culprit. Throughout the episode viewers will be updated as to how the results are shaping out.

Even if you’re not a “Psych” fan, it’s a pretty cool concept. And everyone might as well cast their vote. It’s the closest many of us will come to getting involved in making television, so why not?