"The best game based on a movie based on a game"
By: Jeffrey Dy | PS4 Reviews | April 18, 2016
Insomniac's Ratchet & Clank franchise has been around for about twelve years now and while it's been on the backburner for a while, 2016 could be the comeback for the Lombax and the defected Warbot. The series has always been known for fun platforming and wacky weapons along with some comedy, but also willing to experiment with different ideas. With a CG animated movie out later this month, it is the perfect time for the dynamic duo to be rebooted in a reimagining of the first game. In terms of this reimagining, the story is slightly changed and some gameplay as well. The result is arguably my favorite game of the year so far. 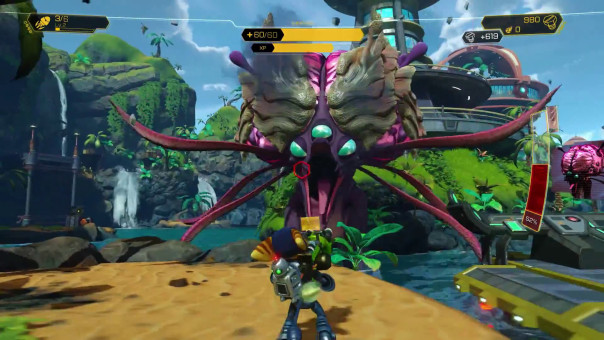 The story starts similarly to the original as Ratchet dreams of joining the Galactic Rangers, led by Captain Qwark, in protecting the galaxy, but of course it was fate when he finds a crashed ship at his home planet, Veldin. Inside the ship is Clank and the two join forces to warn the Rangers of the impeding threat of the Blarg, led by Chairman Drek and Doctor Nefarious. Back in the original, the duo took a while to get along, but in this reboot, that is no more as they realized what is at stake right away. Plus the story is narrated by Qwark throughout the game. The charismatic leader of the Galactic Rangers definitely wants to be the star, but as the game progresses, perhaps the stardom gets a little carried away as Ratchet rises up in the ranks. It has it's predictable and funny moments, but the retelling of the original's story is great for all ages. Ratchet starts with his trusty wrench and eventually the classic Combuster. With Clank, he gets to long jump and hover. Some of the planets allow jetpack access once they find that them. The arsenal is a what's what from throughout the series offering a variety of styles and laughs. From pixelizing enemies with the Pixelizer and making them dance with the Groovitron, there's the flashy stuff but I found the crowd control weapons such as the Bouncer, Mr. Zurkon, Photon Drum and Glove of Doom the most useful especially in tougher enemy encounters or a lot of them on screen. Of course there's the obligatory grenades, sniper rifles and rocket launchers at their disposal with their unique twists. Using combinations of the weapons has been Ratchet & Clank's strongest suit throughout the franchise and the reboot is no exception with fun ways to experiment with them. 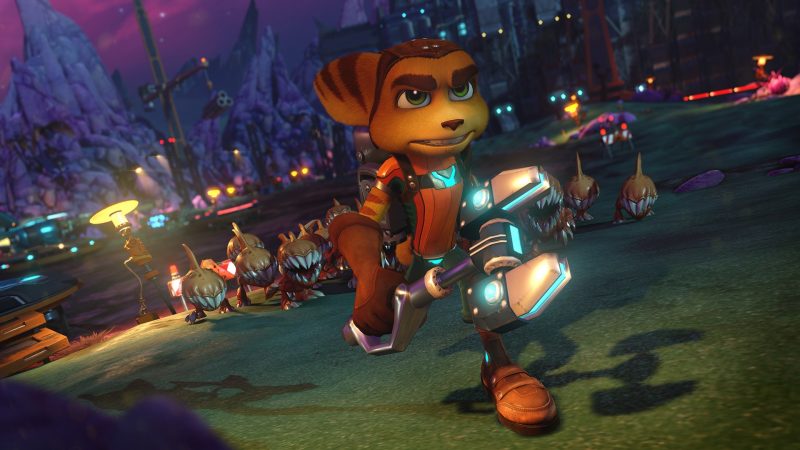 Using all of Ratchet & Clank's wide range of weapons go along with it's upgrade and currency system. Collecting bolts gets you access to some of the arsenal that are not found within the levels. Upgrading weapons besides leveling them up normally by using them frequently requires raritanium. The sphere grid-esque map of upgrades allows guns to have improved properties from increased range, more ammo and longer duration for certain ones. A level five weapon also gets something special such as the Combuster being more of a Contra spread gun. All of the weapons are fun in their own way and the characters control beautifully well too. I wanna use them as long as I can leveling them up as fast as they can just to see their special abilities when maxed out. That's not all with the upgrades however. New to this reboot are holocards to collect. Completing a set of three specific cards unlocks an omega version of a weapon that can be only used in the unlockable challenge mode along with more chances at cards and raritanium when blasting enemies away. In addition, there's a specific set of cards hidden throughout the planets in the game to unlock the RYNO, which is basically the most powerful weapon in the game. Even not upgraded fully, the RYNO cleans house against the toughest foes and takes out bosses quickly too. As another collectable system, the holocards are a nice addition because they are not your typical collectables especially the fact that they are useful in the long run. 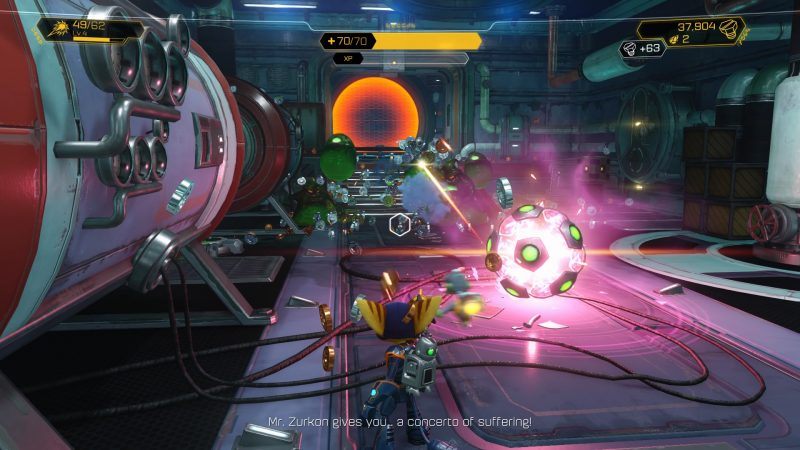 Ratchet & Clank is not just all about the dynamic duo and fun weapons. There is also the platforming and you know what, there is not many platformers that still do it well and this is one of them. Jumping never felt so satisfying whether in or out of combat as well as intense sections such as escaping a sewer with water increasingly flowing or grinding in rails avoiding obstacles. Other than the platforming, the game does love to mix it up every now and then. Some story battles take place in Ratchet's ship and the controls aren't really the best but still functional. Hoverboard races are a good diversion from all the blasting, but going for fast times because they're trophies can be frustrating if things don't go your way. Trespasser puzzles are also everywhere if you want more of the collectables like gold bolts to get access to cheats, alternate costumes and art galleries. Fortunately puzzles are required to beat can be autohacked if you're stuck on one. Insominiac's return to the series also means taking full advantage of what the Playstation 4 is capable of currently and boy they did. Ratchet & Clank is easily one of the best looking games not only on the PS4 but also the current console generation so far. The wide array of locales from the skyscraper-filled Kerwan, the volcanic Gaspar and many more look breathtaking from top to bottom. The obvious comparisons to a Pixar film cannot be said enough times because it does look as good as them. Even the cutscenes both in-game and some that are also in the upcoming movie are Pixar quality. The game running at 60 frames per second would of been icing on the cake, but it is still fine running at 30 with rare instances of slowdown. Sound and music are also exceptionally well done with the voice acting and humor on par for the franchise. 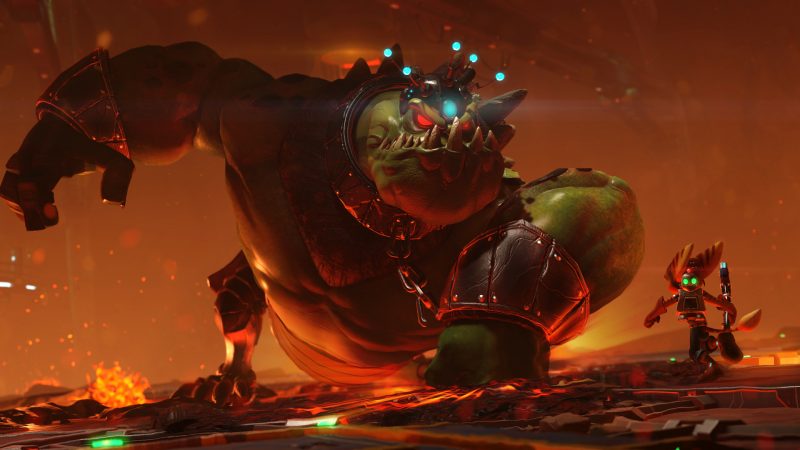 Ratchet & Clank on Playstation 4 is the definition of a reboot or reimagining should be done especially only costing $40. Insominiac did a great job reintroducing the dynamic duo in a more friendly way along with the rest of the characters. The arsenal is a greatest hits collection of weapons from over the years from the classics to even some new ones to toy around with. The new additions such as the holocard system along with the simple level up and upgrade systems are also executed well for all ages. It is also one of the best looking games of the current console generation with breathtaking visuals that rival some of Pixar's best movies. More importantly, it's a flat out videogame that keeps you smiling throughout the twelve plus hour journey. There are not many games that does that lately because of all the gritty and serious tones we see now. Ratchet & Clank is simply pure joy and gaming at it's best back in 2002 and still in 2016.
Rating
9.5
Pros