On the latest episode of Ray Donovan, we see much more of Ray's father Mickey, as he spends the day out on an adventure with Abby and his grandkids. This of course angers Ray after he finds out later in the episode from his secretary that his kids were not in school that day. This creates a separate story from the main one, involving Ray and his business, concerned with his brothers and work. It is still a bit hard to keep track of all of Ray's brothers and to get the characters straight, which seems to be a bit of a flaw in the show, but I am sure that they will build off of each of them soon and give us ways to relate to them more. At first glance, it seems that there may be too many people to keep track of, but this plethora of characters could also just work as a way for the show's writers to go in multiple directions and provide them with options for plot lines.

Ray encounters a number of issues throughout this episode in relation to his clients and his employees, but he appears to solve them with no problem by the end of the show. After Mickey's admission at the end of the previous episode that he had taken care of the priest, Ray calls up his secretary and tells her to check on any recent murders involving priests in Boston. In the next scene, we see that Mickey had in fact stayed over at Ray's house after showing up at night at the end of the last episode. Ray calls after failing to come home, explaining that he had to take care of something in town but he would be back soon; this causes Abby to leave with the kids and attempt to get Mickey out of there before Ray gets home. This ends up resulting in a family adventure to Malibu, which Mickey is happy to have in order to spend time with his grandchildren. 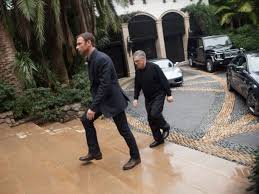 An important plotline throughout the episode involves Ray's client Tommy, who has been busted for picking up a transgender prostitute and sent to rehab for sex addiction. After this, he stupidly let the transvestite he has been seeing on a regular basis  videotape him in a sex act, and she uses the tape for blackmail purposes. Her name is Chloe, thoughe she is legally known as Steve, and she is on a quest to get a sex change; she plans to use the blackmail money for the operation and demands one million dollars. The money is, of course, nothing to Tommy. Since Tommy is not able to leave rehab to meet with her, Ray decides to meet with Chloe in a bar and discuss things; there, Ray lets her know that he will be in touch. Naturally, he means that he and his partner Avi will return to ransack her home and make sure that the threats to Tommy cannot continue. Ray is very violent with Chloe, but Ray's actions are multi-layed here. He clearly wants a better life for Chloe, one free of prostitution and drugs. He even ends up doing something charitable: giving Chloe part of a pile of money, taken from Stu, in order to help her.

Ray encounters further problems with another actor named Sean, who fears for his life after his house is burglarized. This turns into a personal matter as well, as Sean fears that Ray's father, Mickey, is the criminal. Audiences now find out that the reason Sean was so nervous about Mickey getting out of prison was because it is revealed that 20 years ago, while high on cocaine, Sean accidentally shot Ray's girlfriend and they proceeded to blame it on Mickey, which is why Mickey was in prison for such a long time. Sean is upset because someone has breached his very serious security system in order to deliver a photo of him and Mickey, with the caption "good times." Ray retrieves the video surveillance video in order to find out that Mickey did in fact come by and helped his brother Daryll climb the fence in order to deliver the photo. As a result, Ray has his associate Avi severely beat up his brother and then return to Sean to assure him that it will not happen again. The beating is a bit hard to watch, especially since Avi uses a staple gun in a disturbing way and even staples the photo to Daryll's body with it. 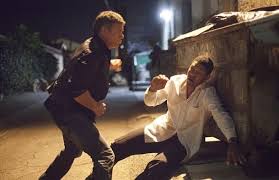 This episode provides us with a more intimate version of Ray's family, especially a side of his father that seems caring and kind. He does seem to want to be there for his family and show that he loves them, although Ray seems suspect that he is a genuinely bad guy he is and does not want him around. After Ray finds out that Mickey is with Abby and his kids, he grabs a gun with the idea of killing him right then, but luckily, for the sake of Ray's family, Avi stops him and he chooses instead to warn his father that he plans to kill Mickey eventually. Mickey is obviously a dangerous and bad guy, as we saw clearly in the premiere episode, but in this one, we are shown a different side of Mickey. He even gives his grandson some advice and takes him shopping, which is nice to see.

Whether this change is good or bad for viewers is up for debate, but the amount of action certainly went down from the first to the second episode. This one gives us more of a glimpse into the Donovan family and we get to know both of the kids on a closer level, such as seeing his daughter Bridget get excited about meeting more of her family and working on her family tree. This show incorporates background music nicely as well, as we hear soul music playing with a montage of the kids doing their thing at night at the end of the episode. To follow up with Ray's call at the beginning of the episode, he also receives a fax at the end: a picture of the priest that molested Bunchy (and most likely each) of them as kids. The fax confirms that he has been killed, which gives Ray a bit of a smile. Does he smile with relief or is he simply happy to be able to put his father back behind bars? 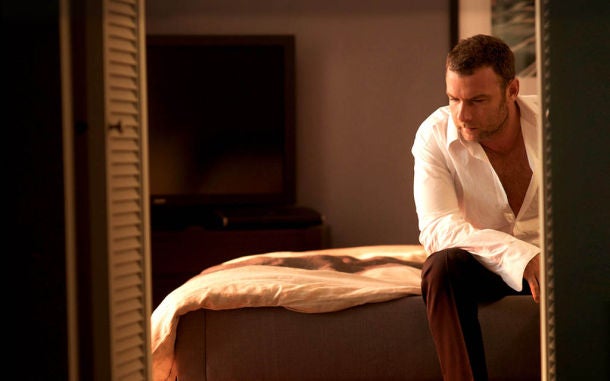 -- Sean: "I struggle. I hurt. I make mistakes, but I always do the right thing. I make this world a better place. Now, you've gotta help me, Ray." Sean knows that he has done some bad things in his life, but what he really wants is to do the right thing. He also mentions giving money after Hurricane Katrina, which makes audiences feel bad for him. Hopefully he will be okay.

-- When talking to Abby, Mickey describes why Ray might hate him the way that he does. "I was a terrible father, selfish. I love those kids...I've done my time, Abby. Been in the can for 20 years. Guess that's not enough for Ray."

-- In conversation with Ray, Chloe says, "I like you. You say what you mean." True, Ray certainly does do that. He showed a good side during this interaction with Chloe, a side we have not seen before.

-- Sean: "You can't let anyone hurt my family, Ray. I'm a good person." I can't help but feel bad for Sean, as he shows off his baby girl and wants her to be safe.

-- In a speech to Conor, Mickey says, "You wanna talk about the mysteries of life, anything at all...you give me a call. I'm a wise man. I learned a lot in the can."

-- Ray: "You deserved it, Mick. You deserve worse. You know what, I'm gonna give it to you." Ray gets aggressive and threatens his father. I sort of feel bad for Mickey since he is trying to make it better and get along with his family after not seeing them for so long. Ray will obviously not let what he did go easily, but Mickey does want to make things okay again.