The difficulty of having Mickey back in his life has certainly started to take a serious toll on Ray and his thoughts. As the episode begins, Ray is having a nightmare in which he is looking out the window and turns around to find his father having sex with all of the different women in his life, including his wife. It's easy to tell that this scene isn't real, of course, given how it's shot, but it is still well-done and very disturbing. I can totally understand how Ray is feeling and why he's tense, knowing that Mickey is hanging around again, especially given their history. Once Ray wakes up, he sees Marvin cruising around on his golf cart, thinking that he must be up to no good. Foreshadowing of something bad that may possibly happen between him and Bridget?

Less business is shown throughout this episode, and with the exception of an occasional phone conversation with Avi or Lena, Ray spends much of his time with his family. This episode shows the family together more as they all take a trip to a private school in order to tour it for their kids. Meanwhile, they run into Stu Feldman, whose son already goes to Bel Air Academy, a school they are touring, and he instructs his son to give them a tour. Stu does make a point to apologize to Abby for what he said to her at the party at his house, which is good to see, although he says it is because his therapist told him to, which inspires mocking. After this, the interactions between the Donovan and Feldman families immediately go south, particularly due to Stu's son teasing Connor, which results in Connor hitting Stu. Ray and his family are then forced to leave while Stu's son yells at them to stay away and not come back to the school. It seems that Stu and his family seem to have a monopoly on the good private schools and insist and making it hard for the Donovans. 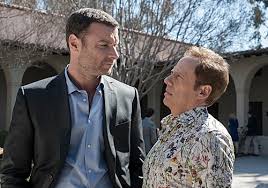 In other news, a call comes in from Boston informing Ray that Mickey has been picked out of a lineup and there is a warrant for his arrest being faxed to Los Angeles. He immediately calls Avi and tells him to keep track of Mickey all day in order to make sure he doesn't go too far. Mickey decides to take a trip to Palm Springs, along with Bunchy and Darryl, to pay a visit to Darryl's mother, Odette. This is an interesting part to the episode, as it elaborates the relationship between the two brothers more, and we get to see a great deal of tension between them on the ride there. The man we have previously seen as a threat to Mickey calls him as soon as he gets there and we see him angry with Mickey for not telling them that he had left town; meanwhile, Mickey simply tells him to F**k off and heads inside the house with his boys. It was hard to tell up until now for sure, but it is also clearly stated later on that this man is a FBI agent who's been trailing Mickey for a while now.

Things just get more awkward after they get there, after finding out that Mickey's ex Odette has married a hot-shot movie producer in his absence. Darryl does not seem to care for him much and Mickey and each of his boys tease him about how he brags about his money. It seems that he has been able to make a living from bad movies that produced a lot of money; this inspires Mickey to tease him as well. Avi also notifies Ray when they arrive, since they are both worried that Mickey may have found out about his impending arrest somehow and has decided to flee. Additionally, Ray had agreed to not take any calls but does so anyway and attempts to make up for it by being sweet to Abby. 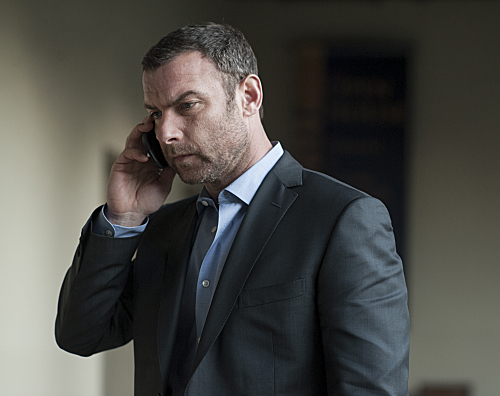 Connor and Bridget both seem to encounter problems while interacting with kids at the new school, finding difficulty adjusting since they are not used to hanging out with different kinds of people. While their father makes a good living in Los Angeles doing who knows what (according to them), these students all seem to be those rich and snobby types that nobody feels comfortable being around. Connor talks about how he knows Tommy Wheeler, thinking name dropping will make him sound cool, but he just ends up getting made fun of when they say he must just want to fool around with him because he's a pervert. Connor asks his dad about this later on. Connor is obviously more troubled by the situation, as Bridget handles the girls fairly well and takes their criticism knowing that they are just being immature; plus, she knows that she is better than them.

Towards the end, Mickey and the boys leave Odette's house and stop at a fancy restaurant on their way home where Bunchy reveals that he stole Odette's husband's fancy bottle of Cognac. He takes it out at the table and they each have a glass, before Mickey heads to the restroom and finds the FBI agent waiting for him. Mickey tries to get more money out of him, until he finds out that he knows about his murder of the priest. The agent then tells him that he will help him make it all go away if he is willing to help him, saying that wants to help turning in Ray, in addition to Ezra and Lee Drexler. In the following scene, we see Ray get a phone call from the chief of police in Boston saying that the investigation of Mickey has been shut down. Does this mean that he told the agent that he would help him? This could be very bad for Ray and his family. Audiences will have to stay tuned as the drama continues to unfold for the Donovan family. Schrieber continues his excellent acting in this episode and is a joy to watch as he relates to his family more. 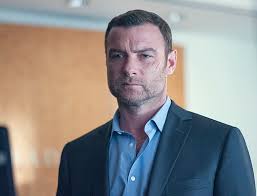 -- In a somewhat sarcastic sounding statement, Odette's new husband says to Mickey, "The secret to happiness is freedom. Here's to your new life, Mick." She certainly seems to attract the charmers with Mickey and now this jerk.

-- Ray: "I want eyes on him all day!" Ray makes it clear that he needs Avi to watch his father at all times in case he tries to flee the area. He does not want to settle for losing him and wants to make sure that Mickey is arrested and brought back to Boston, safely away from his family.

-- A girl talking to Bridget stupidly says to her, "You are like, so lucky, no one even knows you here. You could be, like, anyone." Reminds me a bit of Mean Girls, when Catie became a whole new person after moving to her new school. It seems stupid that girls have to act that way and appear completely fake in a setting like that.

-- The FBI agent encounters Mickey in the bathroom and he immediately replies with the laugh out loud line, "You gotta stop hanging around in men's rooms unless you wanna get the wrong impression." Reminds us a bit of news stories and real life, huh? Mickey gives audiences a great line and a surprise bit of humor that is a treat to hear.

-- At the end of the episode, the chief of police calls from Boston to tell Ray that "somebody got to somebody." He has no idea what happened, and upon this news, Ray appears to be terrified, not knowing what could have possibly happened to end the investigation.

-- Upon being threatened by a man at Bel Air Academy, Ray calmly threatens him by saying “I’m being nice because we’re in a nice place. You understand me?” This scene is very chilling as we, as the audience, know that if the situation were any different Ray would severe beat him. Because of this, the man encounters Ray later on in a bathroom, fearing for his life.