For those fans of Ray Donovan looking for more of Ray's business side and less focus on the Donovan family, this episode is certainly not for you. We pick up right where we left off at the end of last week's episode after Ray drove away with Marvin in the car, and we finally figure out what happened to him. The first scene also gives us a look at Sully, Ray's old friend (we met him in the last episode), but this is the only glimpse of him we get. He talks to his wife and she seems to want him to stay in Boston to take care of her, but the fact that he is shown again, discussing leaving, may be a sign that he has decided to go to Los Angeles and take care of Mickey.

Much of this episode focuses on Ray and his family, although he still does not spend much time with his own wife and kids. Bridget has a large role, just as she has had recently with the Marvin storyline; meanwhile, Conor is MIA in this episode. The episode is titled "Bridget," referring to the Donovan sister that killed herself years ago, giving us more of an insight into what happened in the Donovan boys' shared past. Ray spends most of his time with Bunchy and Terry as they do their annual celebration of Bridget's birthday, toasting and reading poetry in her honor. During their celebration, Frances shows up at the gym, confronting Terry with a bruise and hoping to get his support after her husband hit her. It is finally revealed that she knew that he knew that she was married, although things do not end well from here. Terry tells her that he refuses to be her side man and eventually ends things with her by the end of the episode. Before this, he has his adrenaline going following telling Frances off the first time, so he decides to go send a message to her husband about how to treat women. 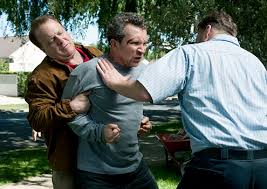 Terry is still with Ray and Bunchy,  so the three of them head over to Frances' husband's house and Terry insists that he must go take care of him alone. Even though Terry does not seem to want to be with Frances anymore, because he's not interested in dating someone who would cheat on their husband, it is good that he is willing to stand up for her, and hopefully his message will get through to her husband. While Ray tags along for the ride in this situation, he also does all that he can in order to recoup the money that Bunchy wasted on his house. Ray really does seem to know what is best for his brothers, and after doing what it takes to finally get the money back, he tells Bunchy that he will be handling it this time. This seems like a smart idea, given that he had to burn down the guy's house and torture him with a taser in order for him to give Ray the money. Ray, along with his supporting cast, certainly picks up the pace in terms of violence in this episode. Even Lena barges into the office of the woman she has been seeing and punches her hard enough to break her nose.

The story surrounding Bridget and Marvin is still very prevalent throughout this episode as well. Of course the episode's title clearly alludes to their dead sister, but the episode focuses on the younger Bridget, too, and we see signs of serious fear when she finds out what happened to Marvin. The first contact occurs when she sends him a text saying that she just accused her father of murdering him and asks where he is, finding out that he has been dropped back off at his old house in Compton. Bridget then leaves the house in a fit of rage, thinking that Marvin will be able to protect her. It is unfortunate that Bridget has still not realized that Marvin is bad news and that it would be best to simply stay away from him. 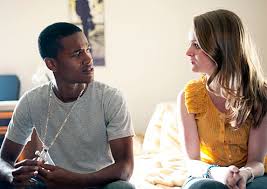 For her own good and possibly fearing for his own life, Marvin calls Abby and tells her to come get Bridget. Bridget tells him that she wants to have sex, but it does not seem that it is what she really wants, and I am glad that he refuses to go through with it since she is clearly not ready. On the car ride home, Abby gives her a good scare, telling her that if she were to get pregnant, she would be forced to keep the baby, which would ruin her life. Bridget also got her naval pierced in the time since the previous episode, causing a great amount of drama in the family. Ray tells her to take it out immediately because she's broken their agreement regarding tattoos or piercings until she is 18.

After a hard day for both Ray and Abby, each dealing with Bridget in addition to Ray's brothers, they finally meet up and begin to kiss on the couch. In Ray's very phony way, he tells his wife that he will buy her anything, trying to be positive, but she simply tells him what she wants cannot be bought, and that is emotional honesty. After revealing that she could smell the scent of Ashley on him at his apartment the night she arrived, Ray simply walks away, unsure about what to do. Abby continues to persist, believing that he must be in love with someone else, and I have to feel bad for her. While Ray may be messing around, he clearly loves her and simply wants to protect her. After their argument, he heads upstairs to talk to Bridget, and after assuring her that he is not mad at her, proceeds to tell her more about her aunt and they even have a touching father/daughter moment while singing "If You Want to Sing Out, Sing Out" together. She asks for him to sing the song he used to sing when she was little and immediately starts singing along with him, as the Cat Stevens classic continues to play into the credits while showing a montage of what each of the other characters are up to. 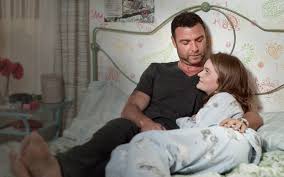 -- While Mickey is a continuing threat to the Donovan family, this episode shows a somewhat different side to him when he encounters a woman at a spa and finds out that Sean has paid for her; he takes her home with him after sweet-talking her. Unfortunately, things make a turn for the worse after he takes a joke of hers the wrong way and pulls a gun on her. Oh, and he also completely forgets about it being Bridget's birthday.

-- Abby: "I took her to a therapist, Ray. She was sexually abused." It is interesting to see how Ray is threatened by this action, thinking that it is his responsibility to fix everything and that Bridget had no need to go to a therapist.

-- After being confronted by Frances, who's been hit by her husband, Terry makes things clear to her whe he says, "I'm not a side man." She tells him that she does not understand what he means by the side man reference, but her claim seems pretty unbelievable to me. It is absurd that she would expect him to keep seeing her in that situation, giving him no respect at all.

-- After he finishes beating Frances' husband, Terry offers a very honest and significant statement when saying "I'm sorry, okay. I didn't know she was married, but you don't hit a lady." Props to Terry for sticking up for Frances, even if he was just the guy she was hooking up with on the side. While he comes from a violent family, at least he knows how to treat a woman and he's learned to take care of the ones that they are close to.

-- A rare funny line comes from Ray after he tazes the man who took advantage of Bunchy: "Tie him up. I'm going to go get some coffee." After he comes back, the torture begins...

-- Upon bringing the woman he met back to Bunchy's abandoned house, Mickey says to her "Do you know how to twerk? We'll get to that." He tries to show that he is up on the times, awkwardly talking about inappropriate new dances moves, while she obviously has no idea what he is talking about. I'd almost rather seeing him acting violent than acting so odd and demeaning towards some poor woman.

-- Marvin: "I'm like black Obi-Wan. Strike me down, I'll come back two times stronger."  Yeah, sure...he says this to Bridget after Ray dropped him off in the projects the night before. Nice Star Wars reference, but I don't understand where Marvin gets off being cocky in this situation.