On this week's episode of Ray Donovan, the tension is present from the beginning as a result of last week's dramatic close, when Ray pulled a gun on his father in front of his two children. They are still shaken up over the situation and do not seem to get along well with Ray throughout the episode, and Abby doesn't know what to do, fearing that she has lost the man she loves. After telling him that she doesn't know who he is anymore, Abby is at a loss and finds Ray packing for a trip to Boston. She is furious and confused as to why he is leaving, after she hasn't been able to go home to see her family since their move to Los Angeles. Abby asks him whether it involves a woman named Colleen, with whom Ray was apparently involved before Abby, and of course he denies this, stating that she has been dead for years. We find out more about this woman later in the episode, as well as more secrets from the past during Ray's return to his Boston home.

Ray heads home to Boston in hot pursuit of a man named Sully, to whom audiences have yet to be introduced before this episode. He finds himself stumbling through obstacles, and upon being asked to meet a man in a bar, he is set up and gets himself beaten up by a guy whom he pretends he does not remember. Eventually he makes his way to a woman who wants to help him out, and she sets up a meeting between him and Sully, a special guest star played by veteran actor James Woods. While we knew Ray's return to Boston had something to do with the drama surrounding Mickey, soon after seeing Sully and finding out who he is, Ray's mission becomes clear. Soon after reuniting with his old pal Sully, Ray asks him to kill Mickey for him, wanting the last person to see Mickey before he dies to hate him just as much as he does. It is not clear exactly how Ray knows Sully, but I am excited for a new character from the past to be added to the show, especially from the great actor James Woods. It is also revealed that Mickey killed Ray's girlfriend Colleen years ago, which was the crime for which Ray really wanted his father to pay. 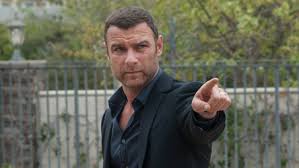 Too often in recent episodes, Ray Donovan has alternated between the troubles of  a businessman and Hollywood fixer to focusing on someone simply trying to clean up the problems caused by his family. I am excited for more business and action, which have been lacking recently due to all of the personal drama. The tension has also been rising between Ray and Abby each week, and he continues to hide everything from her. More and more, their relationship reminds me of Walter and Skylar White on Breaking Bad, in the way that the wives continue to lose trust in who their husbands and what they are doing when they are out of the house. Abby also gets in trouble, along with Ezra's wife, landing herself in jail for shoplifting a pair of boots. After bailing her out at the end of the episode, Ray simply jokes about how much those boots are going to cost him now, with the fine included.

Marvin is also back to cause more trouble in this episode, with Bridget going over to see him (against Ray's wishes, of course). Bridget is still mad at him for the way he acted in front of her when he threatened Mickey. She and Marvin sing and hang out together throughout the episode, but later on, when they head up to Marvin's bedroom, is when things take a turn for the worse. Marvin is still shaken up after hearing the news of his mother's murder and knowing that Ray was somehow involved, and he pushes Bridget down to give him a blowjob. When she tells him she is not ready, he proceeds to lightly assault her, causing her to leave and go home. Marvin seems like he can be a good person at times, but maybe this will be the turning point at which Bridget realizes that he is actually a bad guy and that her father might actually be right. After Ray returns from Boston to find Bridget upset, and knowing that Marvin is the reason, he heads over to his house immediately and grabs him. We see him heading out with him late at night, going who knows where, with Bridget asking her mother if Ray is going kill Marvin. While this seems like a high possibility at this point, Marvin also seems to be a big part of the plot and a potentially important client to keep around for Lee as well. 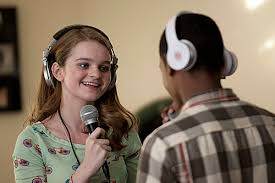 Mickey also continues to be a driving force in the drama of the show, and without him, the show would not work in the way that it does. In this episode, we see him attend a film screening of a film starring Sean Walker, and afterwards he proceeds to pitch a film to Sean about his life; Mickey comes off as a serious threat. While Sean is scared at first and even calls Ray, telling him that Mickey is stalking him, he also agrees to do the movie with him. Mickey is excited to be back in the movie business, but soon Agent Miller finds out what is going on and wants Mickey to get a confession out of Sean, complicating things for Mickey, and audiences are left wondering what Mickey will do in the end. The evidence against Mickey continues to pile up, making audiences wonder if he will survive until the end of the season. At the same time, he has become such an important part of the show; is it really possible to kill him off? What do people think of Mickey's role on the show and what might happen?

-- Upon hearing about Marvin's mother, Abby feels that it is necessary to go over and talk to him about it and says, "I know you don't know me so well, but if you need to talk I'm here." Of course, after this we find out her real motive in the conversation is simply finding out what Ray's involvement is. He tells her to ask him herself and shuts her out, feeling that he has lost someone to talk to.

-- Marvin: "Now I've got a new life and a new birthday." Marvin's new birthday, which gives the episode its title, comes from his desire to live a new life in the absence of his mother. His brother throws him a party and wants him to feel better. I can't help but feeling how cliche this is and I find it hard to get past the fact that Marvin is still a very unlikable character.

-- Ray's inside man in the FBI, Frank, tries to prevent Agent Miller from trailing him and his gang, but things prove difficult. Frank is forced to tell Ray near the end of the episode that "Van Miller's off the reservation now. Nothing I can do about it now."

-- Things do not look good when Agent Miller continues to rely on Mickey and he gets even closer to Sean, something that Miller will be happy about. Miller later calls up to tell him, "I've got a job for you." He yells at him, telling him that if Mickey does not cooperate, he will make sure he makes his way back to prison.

-- Ray: "I want the last person to see him to hate him as much as I do." Ray says this to Sully, as he begs Sully to kill his father. Ray knows that the deed needs to be done, but does not seem to be able to do it himself. He has found Sully and believes that he may be the one person who's capable of carrying out the deed. I guess we will see what happens soon enough.

-- One of my favorite scenes this week is the scene with Abby having lunch with Ezra's wife, and then the two of them going on their shoplifting adventure. Abby gets to have some fun for once, and these were a nice addition to the aggressive and action-packed undertones of this episode.