Ray Donovan – The Golem Review: Ray is back to business, while family drama continues to grow

This week on Ray Donovan, we pick up where we left off last week, with Conor being punished for hitting Stu Feldman's son and the rest of the family going through all sorts of turmoil as usual. Ray seems to take care of more of the business side of things in this episode, although we continue to see more footage of the kids, including some negative scenes with Marvin after Bridget invites him over. We also see a return from Ashley, which complicates things for Ray and surprises viewers with the subsequent series of events.

The beginning of the episode features Ezra driving his car in the dark, and while he is barely awake and doesn't realize what is going on, he appears to hit and kill someone. Audiences are witnessing the act along with him as a muddy, creature-like man appears in front of him and Ezra is unable to avoid him. This leaves him completely shaken up throughout the episode, so much so that he is confused and claiming to be looking for a cat, even though his wife says that he has not had a cat for 40 years. It is odd to see Ezra in such a state, and we even see Lee telling Ray that Ezra is a liability to them, and as a result, Ray is a liability as well. Ray and Ezra go way back and Ray feels responsible for his actions as well as making sure that he is doing okay, although it seems too hard to see to his responsibilities if doing so is going to interfere with his business. Ray makes it clear to Lee that Ezra is not an issue because of how indispensable he is for Ray.

Avi is able to find out about the FBI agent that Mickey has been seeing and informs Ray of the situation, although he is not able to identify the agent until later on. Although they both fear that something must be up since Mickey was released from prison five years early and killed a priest after getting out; meanwhile nothing seems to be happening to him. As we witnessed in the last episode, the agent is after not only Ray but Ezra and Lee Drexler as well, and he has good reason to fear that the agent has caught on to him. Ray is having serious trouble dealing with everything that is going on in this episode, and at the end finds himself drowning his sorrows with alcohol at a bar, a coping strategy we've seen before.

There is minor plot progression with Ray's brothers as well, particularly with Bunchy and Terry. Mickey takes Bunch in to the bank in order to deposit a 1.4 million dollar check, as if it is no big deal, which obviously causes a problem for the bank teller. Mickey continues to have problems relating to his sons, and upon hearing Bunchy's response to the question of how much cash he wants, Mickey simply replies with "You can't even get a blow job for that much." Mickey also makes a stop at Ezra's place after the accident, in order to introduce himself and talk about Ray. Ezra tells Mickey that he knows who he is and that he has been tormenting him. In a scary image in which we see Ezra hallucinating and obviously still having problems from his accident, he witnesses Mickey's face start to turn into the creature Ezra hit the night before, with a muddy and monstrous looking face. He then freaks out and tells Mickey that he is the golem, whatever that means and Mickey proceeds to leave right away, not knowing what Ezra might say or do next. 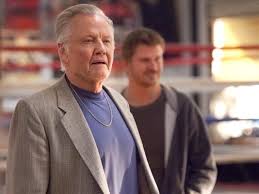 Two other plot lines throughout the episode that seem to cut back and forth evenly are the return of Ashley, who comes to Ray's office, and the interaction between Marvin and Ray's kids, who start to cause trouble. Ashley appears out of nowhere, telling Ray that he is a hard man to find. Immediately after coming in, she proceeds to tell him that she will not leave until she has sex with him and moves to the bathroom where she handcuffs herself to the counter. It appears that Ray is able to stand his ground and avoid giving in to such a crazy request as he leaves her there and later calls in Lena to "take care of the situation." Unfortunately, in a surprise at the end, we end up seeing him having sex with her after all. In the previous episode, it seemed that Ray was getting closer to his family and would not do things like this, making it disappointing to see him letting down Abby and his kids who need him.

Marvin is also present throughout the episode, causing harm to the Donovan family by offering drugs to both Bridget and Conor. Fortunately, it does not seem that Bridget joins him, but she gets on the table dancing with him and is later seen in her bed kissing him, and who knows where it went after that. Bridget seems like a smart girl that does not need to be messing around with a guy like Marvin, but I am sure she will learn her lesson eventually; hopefully, sooner rather than later. Conor also takes alcohol from him and continues to do so, drinking way too much and proceeding to get sick and throw up in his own house. Ray seems to be losing control on all fronts, with the business in turmoil, involvement with his father ramping up, as well as not being able to control his own kids. He seems to be losing it completely, as Abby finally finds him at the end of the episode for the first time and we see her question who he even is. What do people think of his character? Is it possible to like him, despite the bad things that he does? 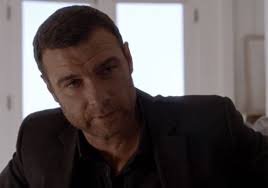 -- Ray: "Mickey gets out of prison five years early, kills a priest and nothing happens. What's he doing with this guy?" He says this in reference to the FBI agent that seems to be following Mickey around everywhere. He and Avi are both fearing that the agent has discovered them and wants to turn them in. Viewers already know that this is the case, and we wonder what Ray can do at this point.

-- After Ezra gets in the car accident, he is admitted to the hospital being very confused, and his wife tells Ray, "He said he was looking for his cat. He hasn't had a cat for 40 years." She is obviously very concerned, wondering how getting in an accident could have possibly result in consequences like this. It is later discovered that he has a brain tumor and is worried about the thought of dying.

-- Ezra: "I know who you are. You've been tormenting me." As Mickey seems to do often, he has been tormenting Ezra since his release from prison, but knowing that Ezra was a part of the reason that he was in prison in the first place is certainly a concern too, and Ezra probably fears for his life knowing that Mickey may want to get revenge. Mickey certainly does not seem against showing violence or aggression toward anyone and I wouldn't be surprised to see him threaten Ezra.

-- Ray: "You know who I am. You know what I do. The amount of money you're after isn't worth the amount of pain you're gonna make me put you through." Ray discusses an issue with a client, asserting the power that he has, and he's able to persuade her to do what he wants.

-- Mickey: "I know who holds the stick." Not quite sure what that means, a bit of an odd quite from Mickey as reminds Ezra about his power and influence.