If you haven't read our review of Episode 1 click here. I talk about the basic gameplay and setup in that initial review. You can also click here to read our Episode 2 review. This review is focused more on the story, new raid content and enemies introduced in this new episode of Resident Evil Revelations 2.
The ending to last week’s Resident Evil: Revelations 2 episode was actually a surprise and as a Resident Evil fan I was curious how they would handle that ending. This episode gave a bit, a tiny bit, of info about that ending. (I won’t spoil it here) But the majority of this episode is focused on learning more about Moira’s past, Barry’s guilt and who Claire can trust. Which was a little disappointing after the crazy Resident Evil reveal of last week. Still, this episode has some nice moments in it.
As with the last two episodes, this episode titled Judgement starts off with Claire and Moira. The two of them are looking for Neil, a fellow TerraSave member (Their boss actually). Their search leads them to a factory and spoilers: It doesn’t go well. Claire and Moira quickly discover it’s a trap and as they try and escape they also discover more about who is behind this terrible nightmare island. 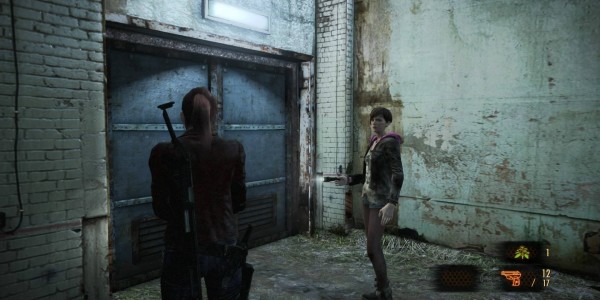 Claire and Moira’s section also connects this game more directly to the original Revelations. I still wouldn’t call this a direct sequel to that game, but after this week’s episode I am curious how many more callbacks to the original Revelations will be made in the final episode.
Claire and Moira’s section is slower this week, at first. There are some nice puzzles early in the section. But towards the back part of their section it becomes more action filled and even ends in fire filled escape, complete with a timer and after that a boss fight. I actually really liked the pacing. Starting out slow and ramping up towards an actual boss fight, one that I failed a few times, was a lot of fun.
The final boss isn’t the most original idea, it’s basically a big scary dude who has a tentacle arm. But it was still exciting and forced me to use all of my weapons and gear. 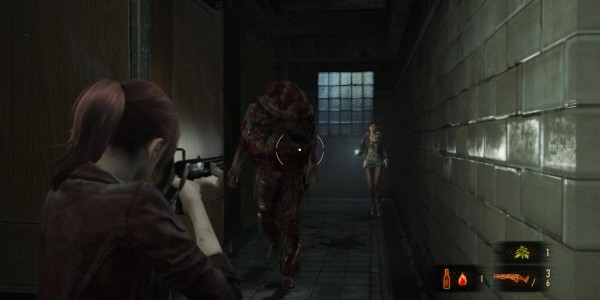 I still feel like Claire and Moira aren't really that interesting together, but we did discover why Moira won’t use guns and we see how far she will go to not use guns. Will she let someone die instead of picking up a gun?
Unfortunately I found this episode of Resident Evil: Revelations 2 continued to do very little in making Moira feel useful. Most of the episode she just stood around and flashed people with her flashlight. Sometimes it was helpful. But for the most part Moira continues to feel like a walking crowbar and flashlight.
After the big “revelation” (ha) of last week, I was disappointed that Barry and Natalia’s story this week was about Barry going after the Overseer, the woman he blames Moira’s death on. And we still don’t know if Moira is dead. I assume she isn’t, but we still don’t know. 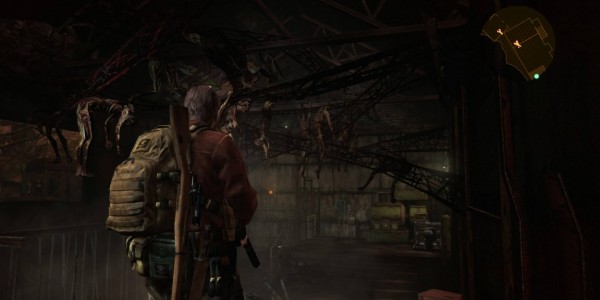 The big reveal of WHO the Overseer “is” is mostly ignored. Once or twice Barry brings it up but we don’t get much more about it. Instead we find out what happened to Moira and Barry’s relationship and why Barry blames himself for the event that caused them to drift apart. We also get a small tease that maybe Natalia isn’t just a little girl. I liked the story that was here, I just really want to know more about the Overseer and how she ties into all this.
Looking at next week’s teaser, it seems that will be when all is revealed. Which makes sense. It is the last episode.
Barry and Natalia’s section in this episode is filled with areas where the two of them have to work together to succeed. It’s the same basic formula as before, but I still really enjoy the gameplay these two have.They work together better than Moira and Claire and I had more fun bouncing between them. Plus I find the relationship and story between Barry and Natalia to be more compelling. I'm enjoying the way Barry is slowly becoming more concerned about protecting this young girl as he also tries to come to terms with losing his own daughter. 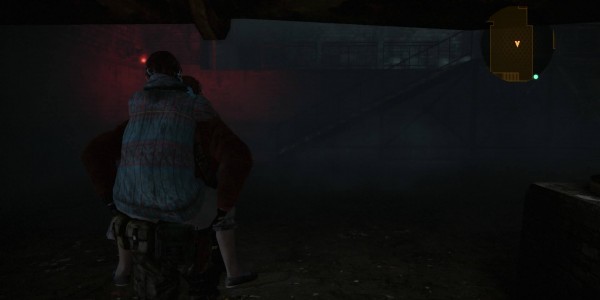 There are a lot of co-op moments while playing as Barry and Natalia. Playing as Barry to shoot stuff that only Natalia can see or using Natalia to see enemies through walls so Barry can sneak up behind them and instant kill them, saving ammo. The partnership between the two just feels more natural and the gameplay mechanics feel more thought out. It feels like a truly beneficial partnership and the gameplay feels different than stuff I've experienced in previous Resident Evil games.
I also love the fact that sometimes it's Natalia saving Barry's ass from some crazy creature.
The boss fight that ends Barry’s section is kind of strange. I don’t know if you are supposed to do this but I just...well, skipped it. I was trying to get a elevator door to open to escape and I just did that and the episode ended. If that was an intended option I really like it. Being able to just skip the boss who is going to soak up your precious bullets is nice. If they didn't want players doing this, well... oops.

The new Raid Mode content this week is similar to last week. The big new character added is Chris Redfield. He comes with his own unique skill and animations. I really like how he just uppercuts stunned enemies. Similar to last week, this new episode brings some new missions too. About the same amount as last week added. As before they are a mix of older areas and areas from Resident Evil: Revelations 2.
Raid Mode continues to be great. I’m still playing it nearly every day, even if I’m only doing the daily mission. I keep finding new weapons and skills to use and it’s really nice to have new missions to do every week and new characters to play as. Raid Mode will be something I continue to play long after the final episode is released next week. I also hope they add more content to raid mode even after the series is over.
This week’s episode of Resident Evil: Revelations 2 was better than last week’s episode. It ended on a cliffhanger that felt more relevant to the story it’s telling and the action felt nicely paced. If the final episode is as good or better as these last two episodes, Resident Evil: Revelations 2 will end up being a great game.
I can’t wait to see how it all ends next week.
Rating
8.6
Pros