Rumor Has It: Chris Hemsworth Talks ‘Thor 2’ and Will Jennifer Connelly and Saoirse Ronan Be in ‘Noah?’

Welcome to Rumor Has It, Player Affinity’s  weekly roundup of highly buzzed-about movie rumors circulating throughout Tinseltown. On this week’s docket, we have rumors about Thor 2 and Darren Aronofsky’s Noah. 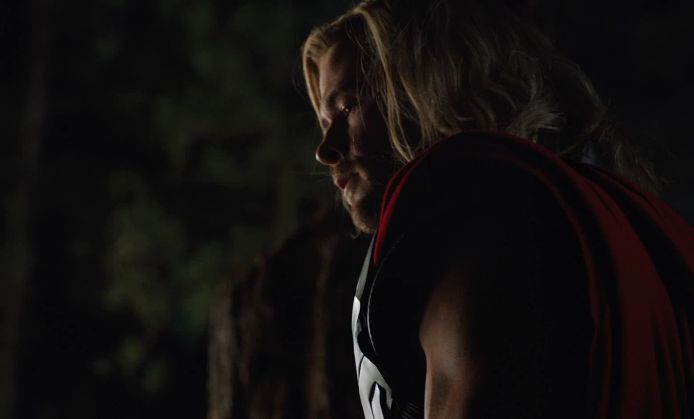 Based on the success of its predecessors, Marvel’s The Avengers looks to be one of the year’s highest grossing films. With that in mind, any and all things having to do with it and its future – as you can see here on Player Affinity – gain their fair share of recognition. While attending the film’s premiere, press from Zap2It chatted with Thor himself, Chris Hemsworth, about what we might expect in Thor 2, and here’s what the God of Thunder had to say:

“I haven't seen [t]he script yet, but the big challenge was -- we left 'Thor' with that hope of Jane Foster (Natalie Portman) on Earth and Thor in another realm kind of somehow getting together. You know, I think the satisfying thing would be to see that happen. Joss (Whedon) did a great job of fostering that and putting her out of the picture for the moment. Also, whatever maturity Thor left in the first film, really being put to the test. I think he would like, now, to be put in the position to take over the throne and be worthy of that position. We'll see.”

He also referenced the Marvel character Beta Ray Bill, possibly hinting at his appearance in Thor 2:

“Yeah, that was one of the first comic books I read, actually. But I've got to say, I thought, 'What is this half horse-looking character?' By the end I said 'I get this and I like it.' My first instinct was that I was a bit unsure. He's the only one who can pick up the hammer. He's a worthy from another planet. But he looks like a horse.”

Will Jennifer Connelly and Saoirse Ronan star alongside Russell Crowe in Noah?

In light of some recent casting news, this rumor’s too interesting to ignore: The Tracking Board relays that Academy Award winner Jennifer Connelly and Academy Award nominee Saoirse Ronan might star in Noah alongside Russell Crowe, whose casting as the titular character was just made official. Connelly’s apparently negotiating, while Paramount and New Regency are very interested in Ronan.

Unfortunately, there’s no news regarding the character whom Ronan would play, as TTB only lists her has a possibility for “a supporting role.” Additionally, Academy Award nominee Liam Neeson has been discussed as a possibility for one of the film’s major roles. As is the case with Ronan, though, the role Neeson would occupy is currently unknown.

Regarding Connelly, she’s up for the role of Naameh, the wife of Noah. Simply the thought of pairing Connelly and Crowe immediately harkens back to Ron Howard’s 2001 biopic A Beautiful Mind, in which the duo also played husband and wife. The film snagged the Academy Awards for Best Picture, Best Director and Best Supporting Actress for Connelly. Crowe was nominated for his performance.

It’ll be a rather long wait before we find out if Noah fits Oscar’s fancy, as it’s currently slated for release on March 28, 2014.