Rumor Has It: Weinstein Wants Katy Perry or Adele for New Project

Welcome to Rumor Has It, Player Affinity’s weekly roundup of highly buzzed-about movie rumors circulating throughout Tinseltown. On this week’s docket, we have rumors about an upcoming biopic overseen by Harvey Weinstein and Salt 2.

Harvey Weinstein took both The King’s Speech and The Artist to Best Picture Oscars, so we shouldn’t expect him to ditch the award pursuit anytime soon. Proving that notion is that he will oversee One Chance, an upcoming film about Paul Potts, the opera vocalist who rose to fame thanks to Britain’s Got Talent.

Instilling more interest in this film, however, is the word that The New York Post recently snagged from Weinstein:

“I was talking to Katy [Perry] about a new project, a possible dramatic role in the Paul Potts movie, which will be shooting in England soon. We’d really like someone like Katy or Adele to play the role of Potts’ wife [Julie-Ann Cooper], and Katy seemed genuinely interested."

Though Adele boasts more artistic credibility, Perry probably has the upper hand here. The Grammy-nominated pop singer talked with Weinstein at a pre-Oscar get-together, relaying that she “love[s] a challenge,” referring to the transformation she would need to convincingly portray Potts' wife. Before My Week with Marilyn disappointed at the box office, Weinstein suggested that Perry play Marilyn Monroe in a Broadway musical. What’s more, Perry’s single “The One That Got Away” was extensively used in the marketing for the Oscar-nominated film.

There’s nothing stated about this character having to sing in One Chance, but Harvey could easily be aiming for pushing a singer into crossover success with film. Perhaps it’s all just talk to get the blogosphere into a tizzy, and he’ll end up casting an unknown, but of the two listed options, I’m pulling for the adult alternative chanteuse Adele. 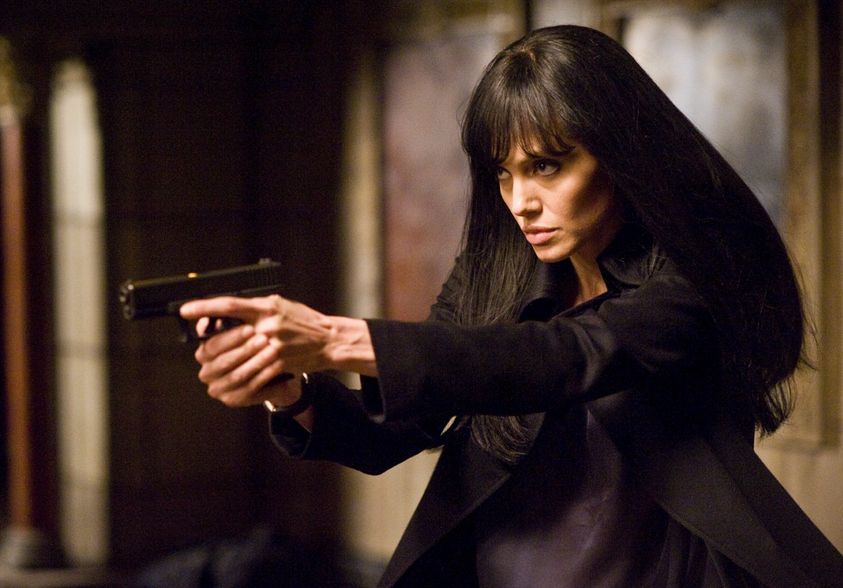 Does Angelina Jolie hate the Salt 2 script that much?

The upcoming sequel to Salt would be nothing without the presence of the immensely talented Angelina Jolie, who can tackle drama as well as she can rack up a body count. In fact, she’s the only woman in modern cinema who can carry an action movie to considerable financial success.

In other words, it’s not a good idea to challenge Jolie when your movie would be nothing without her. With that in mind, Moviehole relays that the Oscar-winning actress rejected the Salt 2 script penned by Kurt Wimmer, who also wrote the first film. Wimmer will rewrite the script.