Rumor Has It: Will the Avengers Assemble with the X-Men?

Welcome to Rumor Has It, Player Affinity’s roundup of huge movie rumors. On this week’s docket, we have a rumor about a possible collaboration between the Avengers and the X-Men. 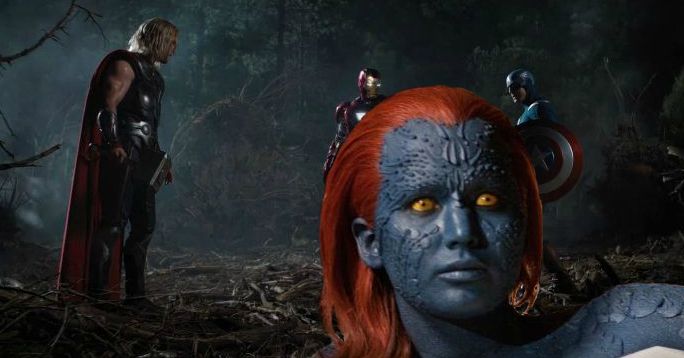 Lauren Shuler Donner “would love” to mix the Avengers and X-Men franchises.

Richard Donner, director of classics like The Omen and Superman, and Lauren Shuler Donner, a producer whose credits include St. Elmo’s Fire and each of the X-Men films, are major figures in the film industry. More importantly, they’re also a happily married couple.

The two recently sat down for an interview with Crave Online and discussed a myriad of topics. In addition to talking about the progress on X-Men: Days of Future Past – the screenplay isn’t finished just yet – the couple discusses donating to animal charities and how The Wizard of Oz will be converted to 3D.

Regardless of whether you think making Dorothy's adventures into 3D would be blasphemy, the most interesting portion of the conversation deals with a potential crossover with the universe of The Avengers and that of X-Men:

“I would love it. I would love it. I personally have close ties to Marvel because of Kevin Feige, because Kevin worked for me. But to take our characters and mingle them in the way that they were written, yeah, absolutely.”

Of course that doesn’t set anything in stone considering the difficulty of combining a 20th Century Fox property with a Disney property, even if they are all Marvel characters. Major studios have co-financed before, and the amount of money at stake would certainly have both sides interested, but it could be a nightmare for the studios' respective legal departments. Let's hope they're crazy enough to make it happen.