The Vow and Safe House reversed positions over the extended President’s Day weekend while “Journey 2” stood strong. All newcomers faired well (though none showed real breakout potential) on yet another strong frame in the 2012 box office.

Although debuting well over expectations last weekend with a hefty $40.2 million, Denzel Washington and his villainous ways still drew in a great deal of business, switching positions with last week's number one and raking in an additional $27.5 million. With $81.8 million in 11 days, Safe House is now running neck-in-neck with American Gangster and could become the star’s highest grossing film.

Valentine’s Day has come and passed, but romantic drama The Vow still stole enough hearts to make $26.6 million over the four-day weekend. Like Safe House and Washington, the Vow is also well on its way to becoming the career-high winner for stars Channing Tatum and Rachel McAdams with $88.6 million in the bank thus far. 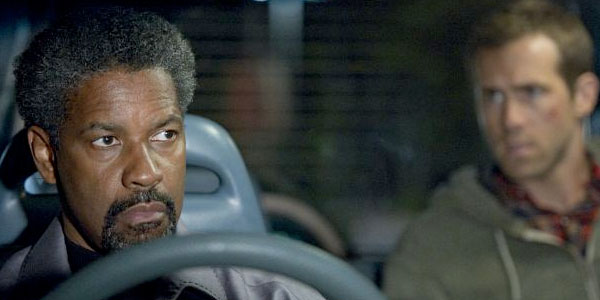 Posting the smallest dip in the top 10, Journey 2: The Mysterious Island decreased by just five percent to $25.9 million. The adventure sequel has now amassed a stellar $59 million, which is $14 million more than Journey to the Center of the Earth had collected through the same period. Overseas, the family flick is continuing to comparatively slaughter its predecessor and has now made off with $187.1 million worldwide.

Debuting to less than half of the original, comic-book sequel Ghost Rider: Spirit of Vengeance rode off with $25.5 million versus the $52 million, four-day take of the 2007 film. Thankfully for Sony/Columbia, the budget is roughly a third of Ghost Rider’s, so when considering the international box office, they should just land in the green. Horrendous reviews, a less-than-popular brand and Nicolas Cage’s fading starpower all contributed to this so-so debut.

Following in fifth was new release This Means War, which snuck off with $21.6 million (including sneak previews). Although critics have slammed the McG flick, word of mouth has been good amongst its target demographic meaning that decent legs could result for the spy-centric rom-com.

Finally, showing the best North American start for Japanese animation house Studio Ghibli, The Secret World of Arrietty charmed $8.7 million from families in just 1,522 theaters. The next goal for the studio will be to overtake Ponyo’s $15.1-million domestic take to become their most successful in North America.

After roughly eight consecutive weeks of overachieving fare, the box office should cool with the four new films entering theaters. “Realistic” Navy Seals action film Act of Valor leads the way in 3,000 theaters but might suffer with movies like Safe House having built word of mouth. In 2,000 showings a piece, Amanda Seyfried leads thriller Gone and Tyler Perry gives us his latest drama in Good Deeds. Last but far from least is the R-rated comedy Wanderlust with former Object of My Affection co-stars Paul Rudd and Jennifer Aniston.