By: Josh | PS4 News - Xbox One News | July 30, 2014
It looks like Shadow Warrior is making the leap from PC to consoles very soon as Devolver Digital has just announced. The no holds barred first person shooter will be making its debut on the Playstation 4 and Xbox One on September 23rd.
On top of everything the PC version offered there will be some new features thrown in to make the new package a bit more enticing. 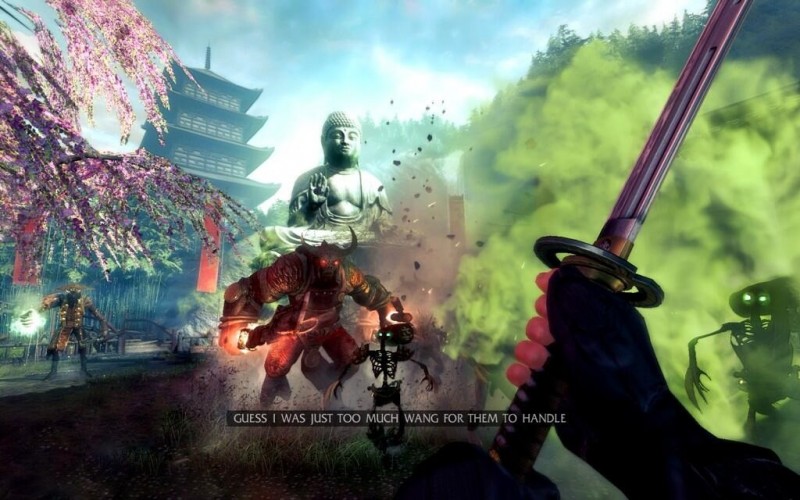 You can expect to see a new wave based Arena mode, some extra pieces of campaign content and even some cameo weapon appearances such as the sledgehammer from Serious Sam 3, the Hotline Miami Katana and the "classic Shadow Warrior" Katana.
Shadow Warrior is expected to launch with a $39.99 price tag.