Shinji Mikami Teams Up With Bethesda for The Evil Within

By: Patrick Cowles | PC News - PS3 News - PS4 News - Xbox 360 News - Xbox One News | April 9, 2014
Known well within the video game industry and culture, Shinji Mikami whom created the Resident Evil franchise, has teamed up with ZeniMax on a new pyscho-horror surrival-thriller, The Evil Within. Developed by Mikami's freshman company Tango Gameworks, The Evil Within is being published by Bethesda with a release date set for August 26, 2014. 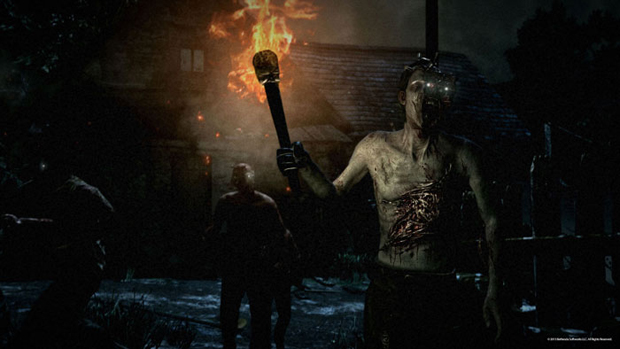 Little is currently known about the new intellectual property, which is the first and currently only game being developed by Tango Gameworks which Mikami founded back in 2010 only to be acquired by ZeniMax later that year. Now operating within the ZeniMax Asia division, the team has been working on the game for at least two years with the official announcement reveal the game title just a year ago. Since then all went quiet until September when a teaser trailer and extended gameplay footage were released. Now over half a year later, The Evil Within has a release date for late August; the trailer released today will clue you in on the rest.
The Evil Within will release across the current and previous generation Xbox and Playstation consoles along with Windows based PC platforms.