Skullgirls is a game you may not know about, and for good reason; it's an independently developed fighter that as with most indi games is off the vast majorities radar until it releases and receives a good amount of word-of-mouth as these games tend to require in order to perform well.   Thankfully even many people outside the hardcore fighting game community are already pretty excited to play it and I am one such person as it releases next week on the 11th.

I'm looking forward to Skullgirls because frankly it is the most fantastic looking 2D fighter I have ever laid eyes on. The art style is brilliant and every ounce of its animated HD frames is hand drawn in the vein of traditional animation. This makes for one of the most unique and cool looking fighting games in years.   Check out the fights below to see what I'm talking about:

Every character as the title suggests (at least in the initial release) will be female and they've all got their own style and personalities as every fighting games roster should have.  And no they aren't all just the usual "pretty girls" beating each other up, some are positively gross such as Painwheel with her giant mutant arm and crossblade or Ms Fortune who has the ability to decapitate herself and fight without a head.    What really has sold me is the developer’s devotion to finally at long last teach completely new players how to play a fighting game.

That's right while the likes of Capcom and Namco are content with barely giving players any information at all resulting in their games still being enjoyed for the most part only by people who have always played fighting games, Skullgirls dares to actually be kind to people who have long stayed away from the genre and teach them how the mechanics work and why you should care about them.    What little of the tutorial and training system has been shown already looks like it will do for many people like me what no other fighter has yet; make us care about the mechanics. 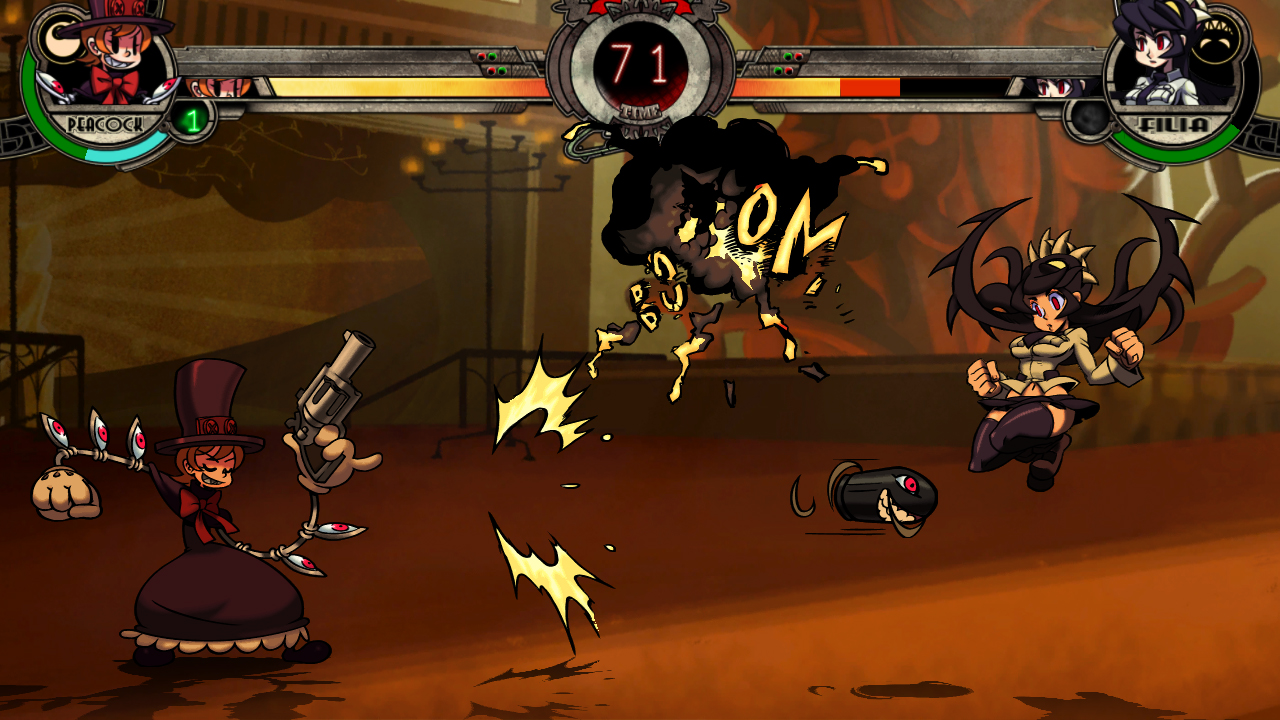 Every single element of the game is getting its own devoted segment and detailed interactive (which is key) explanation about timing, execution, the button prompts you will need to remember and when and where to use the various moves each character has.  From blocking to countering to stance changes to combos, the developers promise that all of these will be able to be learned and understood by anyone who wants to.

I have long enjoyed fighting games despite always being terrible at them and while I have wanted to get good at several the design and lack of instruction about how exactly one does so prevented this and I certainly am not alone in this regard.  If Skullgirls is the first fighting game that gets me to really understand fighting games it could very well increase my enjoyment of all fighting games substantially.

But ultimately even if this feature doesn’t deliver completely on its promise Skullgirls looks like a load of fun.  If you think the genius of the training mode was all that developer Reverge Labs had come up with these guys have even gone as far as adding a delay element to the pause button during fights that will only pause and bring up the menu when the button is held for a couple of seconds.  It is little touches like this that really make the title stand out beyond its presentation. 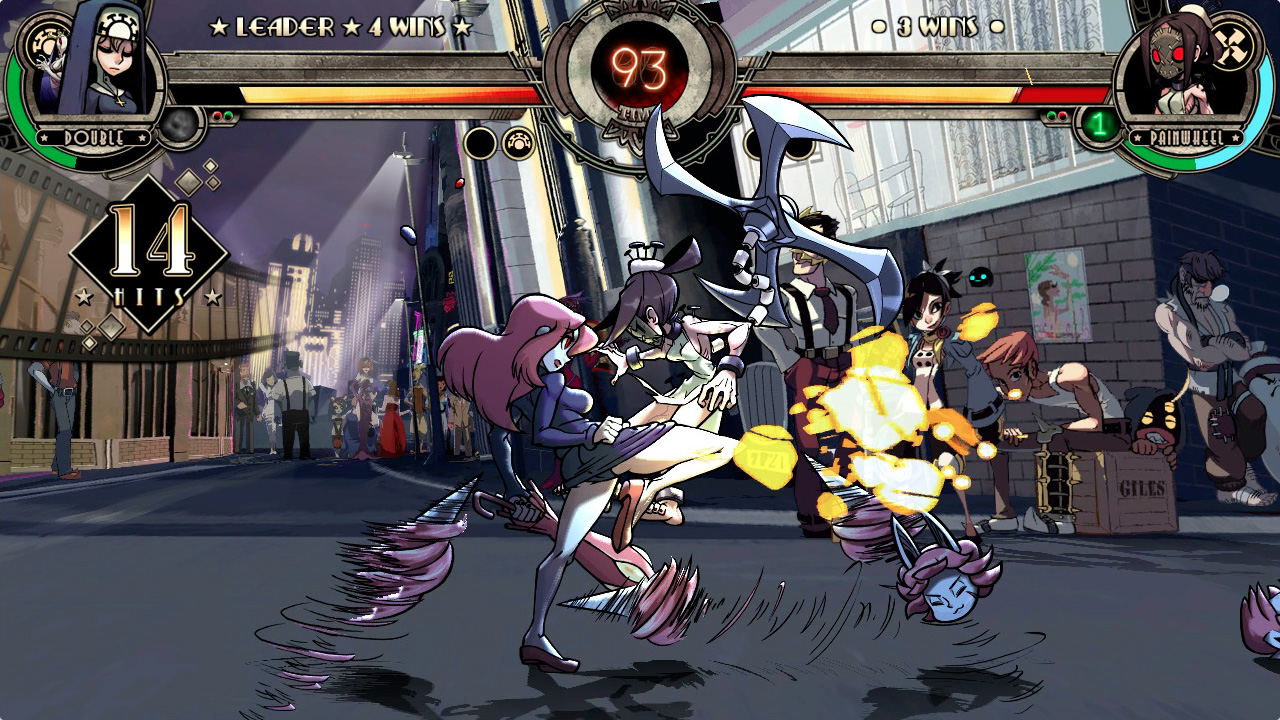 Never during this game will fights accidentally be paused in the heat of button mashing frenzy, something that occurs in other fighting games constantly and that no one else has thought of how to tackle this strangely obvious issue yet proves how much the developer cares about making this one of the best fighting games to date.

Whether you just want to play a cool looking 2D fighter for its visuals alone, perhaps finally learn what the deal is with these types of games or if you’re a veteran of the genre; see what could be one of the next big games for the tournament scene is all about, Skullgirls should appeal to almost everyone.  It will cost a mere 1200 Microsoft points: $15US, and be available on both Xbox Live and PSN with a PC version to follow in the months to come.