"While the ideas sound great, the game seems half done"
By: Edward Oliveira | Wii-U Reviews | November 16, 2014
Older gamers that want to relive Sonic the Hedgehog like they did in 1992 need to rethink their views, because that’s never coming back. With games like Sonic Unleashed and Sonic Rush trying to mess with thee speed formula, we know now that the speed factor only creates frustration. The best parts of the Genesis games were the parts we slowed down and explored new shortcuts and paths. Sonic Boom is the first notion of the series since then that wants to hone into THAT part of the games and make an adventure game out of it instead of some twitchy platformer that’ll only lead to throwing controllers. The thing is, did Sonic Boom: Rise of Lyric do it right? 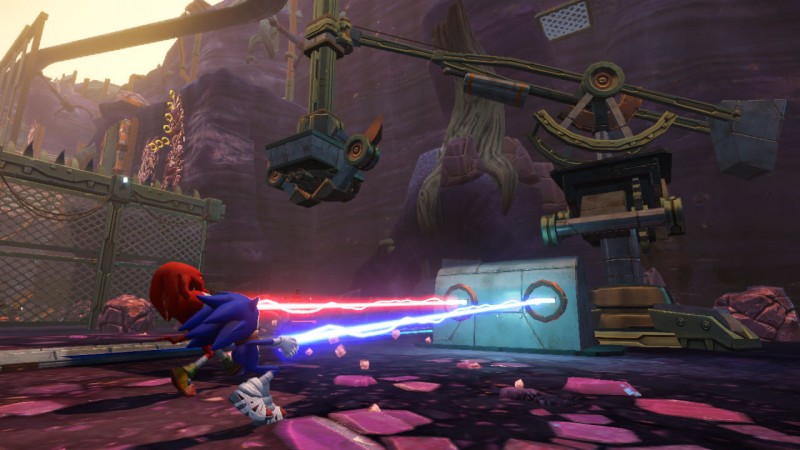 With that said, know that anything you knew about Sonic games need to be thrown out the window when experiencing Sonic Boom, because they rebuilt the world around them compared to the Sonic Team games. In this game, Sonic, Tails, Knuckles and Amy Rose are equals and all perform a particular role. You’ll be able to switch between them with the press of the D-Pad and need them to solve puzzles and scale particular platforms.
In addition to having to play as them, you get to hear them too. Throughout the game, the four regularly get into conversation, much like what you’d hear in Star Fox or Kid Icarus Uprising. Normally these types of convos would get old fast, but Sonic Boom has a ton of voice work describing the adventure unfolding around you. Sure there’s a few lame one-liners as well, but I think the kids won’t get old with it. Adults may have a few facepalm moments however, but as a longtime fan, I think the characters’ attitude differences made them more likable. Tails seems more grown up and snappy, Knuckles is the idiot we all knew he was, and Amy, who improved the most, no longer is infatuated with Sonic and instead acts more like a inspirational-type. The heroic Sonic and the cartoony-funny Eggman however are more of the same they always were, but those two were never an issue character-wise. 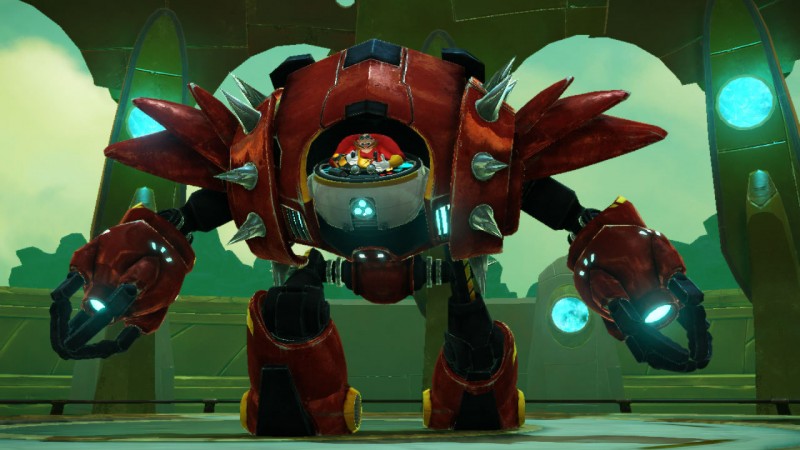 These heroes are in action because after a scuffle with Eggman, the heroes stumble across a temple where they get stuck and accidentally unleash a 1,000-year-old villain, a snake in armor named Lyric. Thus starts an adventure that takes the crew back and forth in time to defeat him and his ancient robot army. Granted it’s not Oscar-worthy, but it’s a hundred times more of a story effort than a Mario game.
Sonic Boom marks the first time in quite a while, mainly Sonic Colors and Sonic Adventure, where the gameplay wasn’t so broken that I whipped controllers in an uncontrollable rage. Instead the game moves much slowly and is very forgiving. You get a health bar with your rings, and when you lose all your rings or fall in the few pits located in the game, you’re only set back slightly. This is actually a plus since Sonic games were frustratingly broken and countless deaths would lead to game overs that lead to redoing everything you’re trying. It was like Dark Souls, but not fun at all. This was a welcome change of pace, literally. 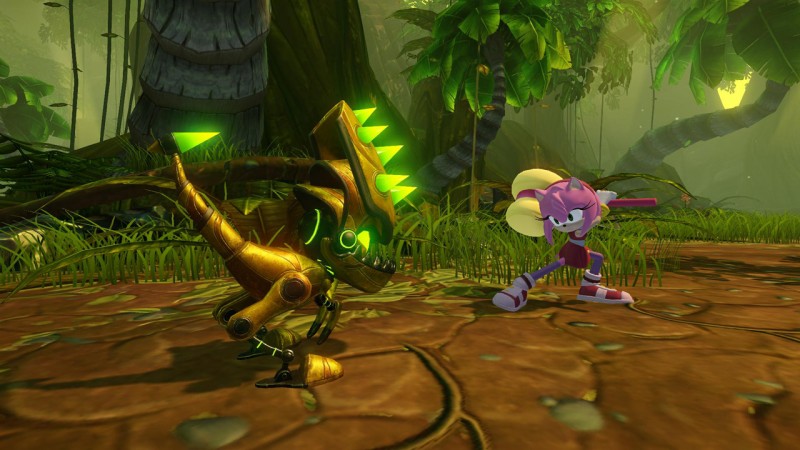 Sadly that’s where the positivity ends since everything else left something to be desired. The combat for instance acts more like Assassin’s Creed or the Batman Arkham games where you attack multiple enemies at once, ranking up combos. This was a good idea, but nothing really works as fluid as the games they’re mimicking. You get hit often and miss a lot, but at least the game is easy enough that you’re not dying from these cheap deaths. 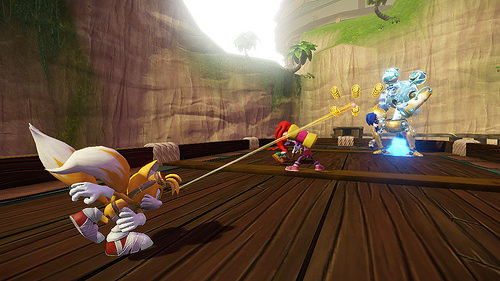 On top of the boring combat the game just doesn’t seem finished. Locales are just bland from beginning to end and the characters you talk to just don’t do anything most of the time. On top of that, glitches are rampant where cutscenes start too abruptly causing static in the audio and flickering, and you can actually beat the game in mere minutes with some jumping/pausing. Oh, and Amy’s mouth isn’t animated right, so it just looks scary when she talks… 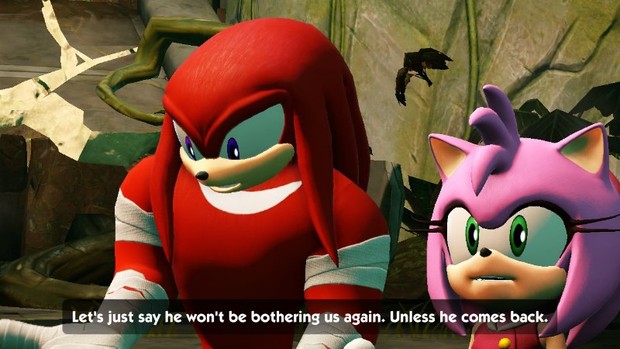 The Nintendo 3DS version, Sonic Boom: Shattered Crystal, is the better of the two games since it implements a mini-Metroid adventure in each stage. The game replaced Amy (who’s kidnapped) with Sticks, an insane and funny badger, and like the console game, you need to switch between the four characters to explore the area, cover paths and find objects to collect. You can unlock stuff in the Wii U version by owning the 3DS one too, like the ability to increase the maximum rings, thus health, you have on hand. Everything I mentioned in the game with the demo impressions pretty much applies to the full product from beginning to end, and while it’s not bad (aside from the boss battles), nothing really new happens to spice it up. But it runs and runs well, so that gives it the nod over the Wii U game.
The biggest issue with Sonic Boom is that while nothing is crazy awful about it, nothing is good either. The game’s overall mediocrity reminds me of Epic Mickey’s shockingly lackluster reception in 2010. Though the gameplay itself was yawn-inspiring from beginning to end, I do have to say the game did recreate some good heroes. I’ve played both games, watched the show and read the comic, and have to admit that I like the Sonic Boom version of the franchise the more I hear them. I just wished the games just had a little more soul.
Rating
6.0
Pros