Sony’s Playstation Store Getting An Overhaul Later This Month

By: Jeffrey Dy | PS3 News | October 11, 2012
Sony has announced that the Playstation Store is getting a new look later this month. Europeans are expecting to get the new store as early as next week, the 17th, while US Playstation 3 owners have to wait till the 23rd. Personally, I think the current look of the store is a due for an overhaul and it couldn't come at a better time with the fall gaming rush. The new store does look little familiar to the current Xbox Live Marketplace menus-wise just at first glance. Once you boot up the store, you'll see a featured game filling up a portion of the screen with FIFA 13 and Assassin's Creed 3 used as examples in the images revealed so far. The search functionality will be improved dramatically as you can misspell terms and still get what you want with the search. Filtering is also improved by certain content, pricing, and peripheral support.

While the Playstation 3 is getting the new Playstation Store update, there is no word yet whether the Vita will get a similar update by Sony themselves. With the rate of how Microsoft updates their Xbox 360 dashboard every year, it is nice to see Sony release something as big as this new store compared to their firmware updates. The new Playstation Store will be released on October 17 at European regions while US PS3 owners get it on the 23rd. 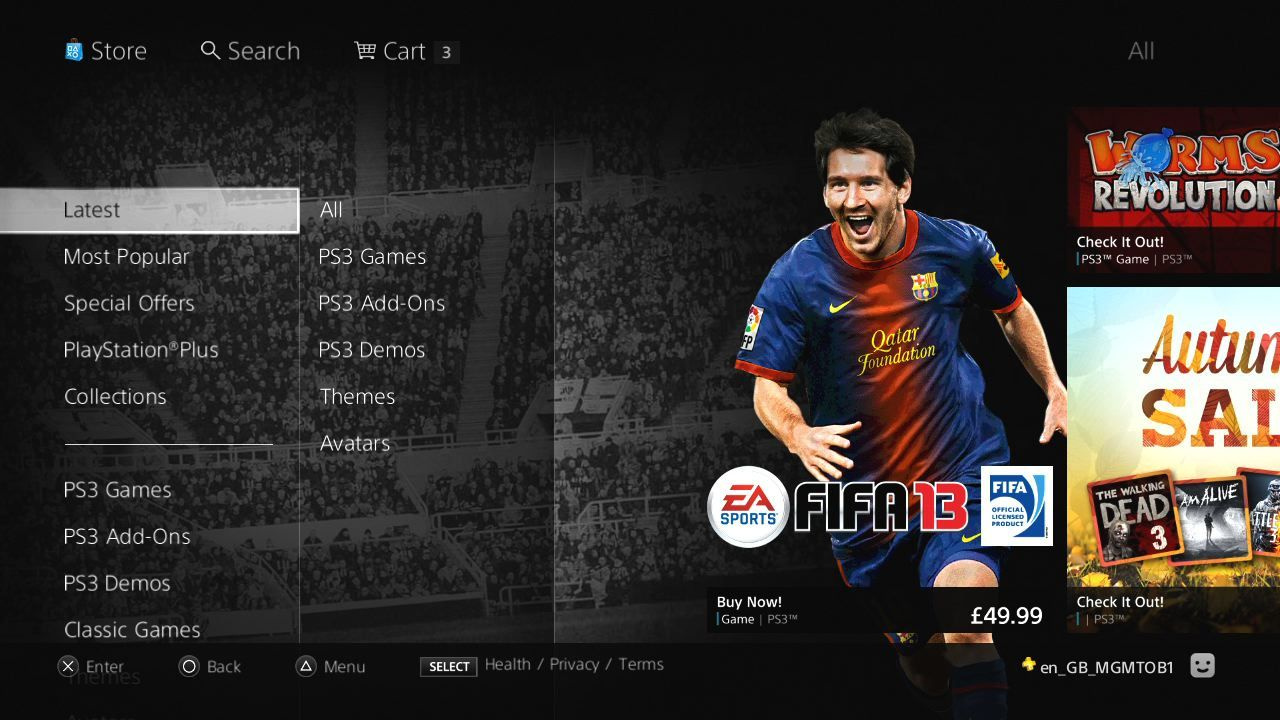